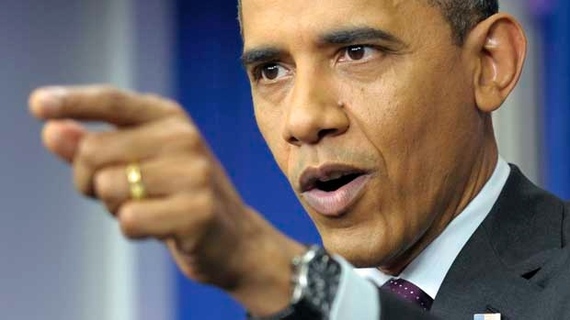 In selling the new framework agreement reached between Iran and the six world powers known as the P5+1, President Obama has assured an apprehensive American public that if Iran breaches the terms of a final deal, he will "snap back" the sanctions. That refers to mechanisms that would maximize the president's flexibility in order to quickly reapply economic sanctions if Iran cheats. Given the narrow focus of the talks with Iran, which are only concerned with their nuclear program, the White House promised to remove nuclear-related sanctions in the context of a final deal. Disagreements exist over whether such relief would come after Iran complies with all of its obligations as the White House suggests, or after Iran signs on the dotted line--while the deal is implemented as Iran and the European Union (EU) appear to suggest.

The practical problem is that no such mechanism exists for U.S. sanctions to "snap back" and such a regime wouldn't work on an international level. Domestically, the complex nuclear-related sanctions that the White House yearns to dissolve also relate to other aspects of Iran's behavior, such as, their support for terrorism, their abysmal human rights practices, and their rich tradition of weapons proliferation. Those issues, however, lie beyond the scope of the agreement under consideration.

It won't likely prove legally problematic for President Obama to lift executive orders pertaining to Iran as the president holds the sole authority to renew, alter, or revoke them. That said, those passed by Congress will assuredly pose a daunting challenge. Take, for example, The Comprehensive Iran Sanctions, Accountability, and Divestment Act of 2010 (CISADA); The Iran Threat Reduction and Syria Human Rights Act of 2012, and; The Iran Freedom and Non-Proliferation Act of 2012. Congress passed those sanctions but gave the president the authority to terminate most of the provisions if he can certify that Iran has ceased its engagement in a variety of illicit activities. In the case of the CISADA, the president can only remove the sanctions if he verifies that Iran has ceased support of international terrorism.

Barack Obama would like to have it both ways. On one hand the White House made it clear that the issue of terrorism is not a part of the discussion with Iran. On the other, he is trying to remove Iran and its terrorist proxies from U.S. terrorist designation lists--as he just did with Cuba.

This tactic has met with some initial success. As The Times of Israel reported, the 2015 annual Worldwide Threat Assessment of the U.S. Intelligence Communities scrapped both Iran and Hezbollah from the list of terrorist threats to U.S. interests, despite their consistent inclusion in previous years. If anything, Iran's support for international terrorism has grown during the nuclear negotiations. A quick glance at the map of the Middle East reveals Iran's terrorist handiwork in Yemen, Iraq, Syria, Lebanon, and beyond. Yet, it would appear that part of Mr. Obama's plan to circumvent Congress includes removing the terrorist designation from Iran in order to expand the portfolio of policy options available to the executive branch. Needless to say, that is not how the system of checks and balances was designed to work in the first three articles of America's Constitution.

While it will be a heavy lift, domestically, to restructure decades of U.S. sanctions to keep those in place that deal with non-nuclear-related aspects of Iran's behavior, the rest of the P5+1 will have no such problem. The bulk of their economic pressure relates to Iran's nuclear program. Once Iran signs a deal, the pressure will mount to remove those sanctions and it will be open season for commerce. Internationally, the U.S. will discover it has very little influence over the foreign entities already lined up to invest in Iran.

The United States has worked for some 12 years to impose sanctions that would force even a temporary change in Iranian behavior. The economic measures only began to bite in 2012 when the EU joined the U.S. effort to close off Iran's oil trade. The pressure further increased when Iranian banks were shut out of the SWIFT global electronic payments system. In the first ten months of 2012, Iranian currency plummeted, losing more than 80 percent of its exchange value. The following year, Iran's economy shrank by 5 percent and inflation soared to more than 45 percent, while facing a double-digit rate of unemployment. The framework of economic pressure that the Obama administration begrudgingly helped to put in place was the original impetus that brought Iran to the negotiating table.

The UN and six Security Council resolutions provide the cover necessary to hold EU sanctions in place. Removing UN sanctions will cause that framework to collapse and undercut America's ability to regulate the pace of sanctions relief. Once it crumbles, it cannot "snap back." It would require a vote by the Security Council. That means Vladimir Putin in Russia will wield veto power. He just removed the ban on a deal to sell Iran the S-300 missile system, which would greatly increase the difficulty and danger the U.S. or Israel would face if a military option is required. Putin has already done the math and realizes that Iran's gratitude for receiving game-changing weapons from Moscow will translate into the choicest of economic deals between the two countries the moment international sanctions falter.

In essence, "snap back" sanctions are a fiction, an economic tooth fairy, or a non-existent boogeyman in the closet. And all the king's horses and all the king's men, cannot snap back sanctions again. Economic pressure is the only leverage the U.S. has left at its disposal. Once it vanishes, holding Iran to a deal will be like nailing Jell-O to a wall. It's hard to see it happening.