Slums in the Global South are often used as "laboratories of urbanism," where initiatives are experimentally "tried out." The following examples from Cairo, Johannesburg, Mumbai and Cali have reported success with these "laboratory" initiatives, which indicates that this approach can work in certain contexts. While this approach encourages self-invention in slums, it can also be highly controversial to use informal communities as experimental territory. The example from Curitiba suggests that much of the city's development success comes from integrating the favela into the formal city planning, as opposed to a running separate, isolated projects. Read on to learn more and then visit URB.im to share your thoughts.

The city of Curitiba has earned a reputation as a model city, largely due to do its strong culture of urban planning that came out of Curitiba's Research and Urban Planning Institute (IPPUC) starting in the 1960s. The IPPUC's approach to urbanism in low-income neighborhoods is particularly innovative in that it focuses on integrating these communities into the formal city through better infrastructure and services. This means that the needs of low-income areas are taken into account in overall city planning, rather than in isolated initiatives separate from the official planning process. An example of this integrated approach is Curitiba's pioneering bus-based rapid transit system, which was designed to reach even the poorest neighborhoods. Curitiba is also known for its excellent urban services -- like the Ruas da Cidadania, a network of public offices where residents can submit paperwork, find information and pay for public services -- which are easily accessible to high and low-income residents alike. 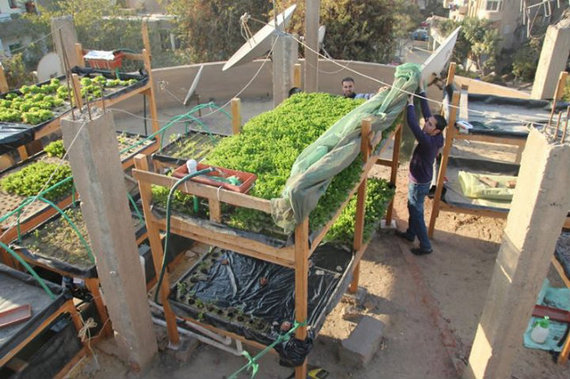 In contrast to Curitiba's centralized approach to urban development, residents of one of Cairo's largest informal settlements, Ezbet El Haggana, lack basic housing rights and often face inaction on the part of the government. They are forced to look for alternative options to build and strengthen their communities, such as Schaduf, a social enterprise started in 2011 by brothers Sherif and Tarek Hosny. Named after an ancient irrigation tool, Schaduf moves low-income families out of poverty by providing them with the tools and technical training to own urban rooftop farms that produce healthy and sustainable crops. It also arranges loans to help farmers obtain the rooftop system through small repayments from their monthly produce sales.

Through the [IN]FORMAL STUDIO project, Johannesburg's informal settlements became productive laboratories where the practice of architecture and urban design focused on people-driven development with collaboration between NGOs and residents. With the government unable to fulfill its post-apartheid promise of building enough housing to phase out informal settlements, urban initiatives like the [IN]FORMAL STUDIO project have now turned their attention from eradicating these settlements to upgrading them. The project has led extended collaborative courses in two areas of Johannesburg, providing insight as to how they can be improved. For instance, in a settlement called Ruimsig, participants in the course created a re-blocking map that addressed overcrowding, widened transportation routes, and improved public spaces in ways that could be implemented by residents themselves. The successes following the Ruimsig course have been significant, with 74 structures moved and upgraded from the most congested part of the settlement. 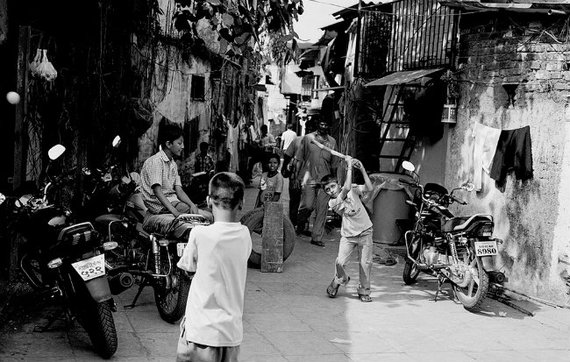 Architect Sourav Kumar Biswas believes that Mumbai's informal settlements have a lot to teach us about creating more livable cities, especially for its youngest residents. According to Biswas, these settlements -- which are high-density, low-rise, mixed-use areas -- offer the ideal environment for safe and unstructured play. He also proposes that children should be the primary stakeholders in the design of urban spaces and that the well-being of children is the best indicator of ideal urban environments. Biswas notes that change doesn't necessarily mean large-scale projects such as formal parks and gardens, which can actually be difficult for residents of the informal city to utilize. There are plenty of pre-existing residual spaces like pedestrian streets and plazas within settlements where architects and urban planners can experiment and make an impact. These "small but transformative interventions" to make more child-friendly cities are opportunities to strengthen ties with surrounding residents and organizations, eventually turning spaces for play into spaces supporting such important initiatives as education and health outreach.

On the spectrum between Curitiba's government-led urban development and the "laboratory" urbanism of Cairo, Mumbai and Johannesburg, Cali's "Por Una Ciudad Mejor" awards present a hybrid approach. These annual awards, which were created in 1998 by a group of foundations and NGOs, solicit community organizations to come up with innovative solutions to specific problems in their neighborhoods. Three prizes of several thousand dollars each are awarded to winning organizations so that they can begin to implement their proposals. In 2012, winners from previous years were invited to participate in the "Cali Como Vamos, por una Cali Mejor" seminar, and recommendations resulting from this meeting were used to further articulate the city's development plans for 2012-2015. In this way, the process involved an impressive range of stakeholders: an alliance of NGOs mobilized communities to make innovative proposals, which were later considered and even assumed by the local government to be applied throughout the city.

Whether it starts with experimentation on the ground or as an idea on paper, equitable urban improvement can be successful so long as solutions fit the context at hand. Find out more about the initiatives above and join the conversation on URB.im.