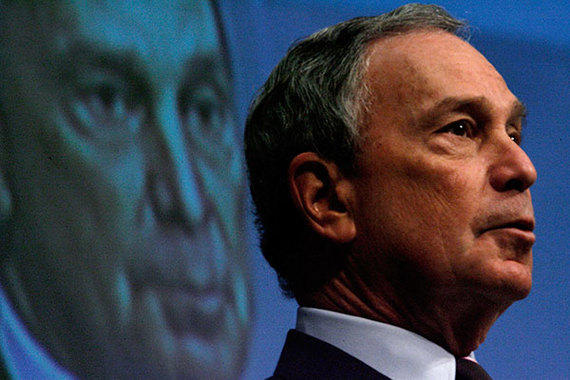 "When I look at the data, it's clear to me that if I entered the race, I could not win."

Those were the words of former New York City Mayor Michael Bloomberg in explaining why he would not run for president in this election. Bloomberg's team relied on research and technology to determine the practicality and feasibility of him winning, and in turn reminded us all of the impact that "Big Data" can (and should) have on decision-making within and beyond the corporate sector.

Similarly, current presidential candidates are turning to technology and various digital platforms for data to help them acquire supporters in the same way businesses use it to solicit sales. Long gone are the days of candidates depending on door knocks to ask for votes; we're now getting real-time reactions and opinions from our candidates by simply logging onto Twitter or Facebook.

Still, just as many politicians are seeing the benefits of these social platforms in connecting with and understanding their voters, they, too, are they realizing that one of its most promising features - data - is also its biggest challenge.

This is not to say that candidates are short on data. If anything, they have too much of it, coming from too many sources and making it difficult to create accurate and actionable insights. The simplest data, such as "Likes" and "Shares" are easy to obtain and understand, but they aren't votes and don't tell you much, if anything, about the person they came from. On the other hand, the truly rich, individualized data that social platforms like Facebook collect is kept under lock and key by the platforms themselves, so they can leverage it to sell and serve ads.

As a result, candidates are left with the task of analyzing data from voter registrations and using tools like social listening technology and purchases from third-parties to bring them reams of records that often come without real context, and need to somehow be cobbled together in a way that will produce useful information. That context is the most critical piece that's missing from this current model, which is largely reliant on sophisticated guesswork and often falls short in accurately analyzing the numbers. It is also making it harder for candidates to build deeper relationships with real people.

A perfect example of these challenges played out recently as Sen. Bernie Sanders won Michigan and shocked the political analysts across the country who placed him 15 to 20 points below Hillary Clinton. In this case, the guesswork simply didn't pan out - pollsters assumed the majority of voters would be over the age of 50 and using landlines. The data built into the projection models failed to account for the fact that Sanders galvanized younger voters, who for the most part do not use landlines but have turned out to support him.

These challenges are the same reason why, for all the data they have access to, this year's political candidates are still spending an overwhelming amount on TV ads - $4.4 billion to be exact. Sure, TV ads reach a lot of people - 87% of Americans over 18, in fact - which is why they are so expensive and are relied upon in the early stages of the election when candidates are 'building their narrative' for potential voters. But what TV ads offer in reach, they lack in value, as they represent one-directional communication with virtually no knowledge of who is receiving the message and are all but impossible to use in effective micro-targeting.

Knowing that members of the Millennial generation will for the first time almost exactly equal baby boomers as a share of adults eligible to vote in 2016 - 30.5% vs. 30.7% - the failures of the current strategies become even more obvious. Millennials are known as the ultimate "cord cutters," of which nearly two thirds get their information about the election from social media and about 20% no longer use a traditional cable or satellite service. They consume content on any device they like, especially mobile phones. What this means is that the old "traditional" methods such as TV ads are not effective in reaching the right audiences.

The smart approach is to meet the voters where they are and let them spread your message. It means using social media platforms, which instead of guessing allow for direct access to consistent, real-time and contextualized user data, and enable candidates to get the right message to voters in the right place at the right time. This approach will be even more important as demographics shift and the next generation of digital natives reaches voting age.

The good news is that this technology already exists, so now it's time for candidates to stop doing things "the way they've always been done" and start utilizing solutions that allow for two-way communication with individuals and groups and enable access to real-time granular information. This approach will not only guide the candidates' spend strategy more effectively, but it will also help them engage with voters in much more meaningful and direct ways.

And if candidates and their teams invest in having a more streamlined access to data and a more direct line to reaching the right voters, I believe they could connect with the new generation of voters in a way that would completely alter the race and the results - and show us all the true power of social media.