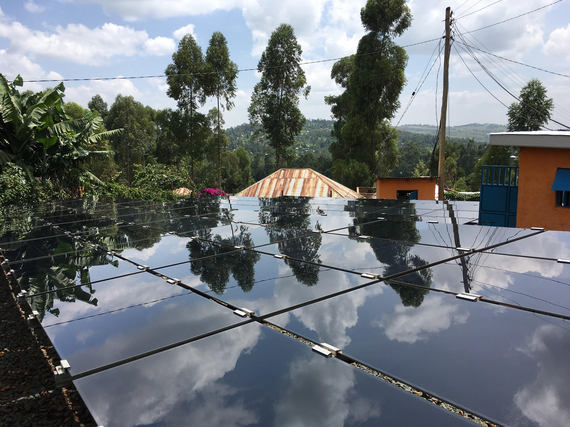 Nearly 100 million people are now on the first steps of the energy ladder thanks to the rapid deployment of solar home systems in poor communities across the world. That's incredible progress that marks the beginning, not the end, of clean energy access. With increasing attention being paid to the missing middle (the area where those moving up the energy ladder meet those being forced down by dysfunctional grids reliant on distributed diesel generators) excitement about the opportunity to end energy poverty is palpable. Now an emerging set of micro grid developers are bent on proving they can make good on that promise and potentially transform the architecture of the grid while they're at it. 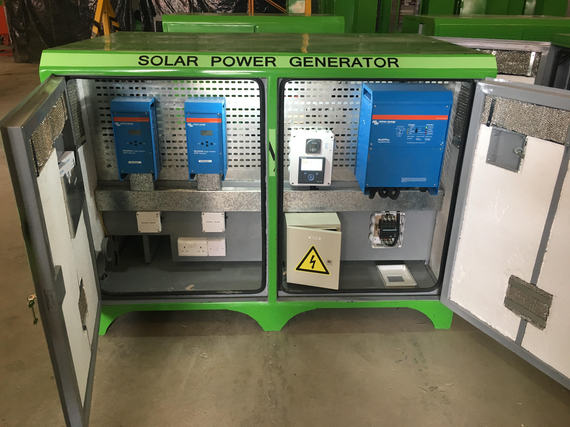 Community-level solar micro-grids supply electricity to a network of houses in a community, providing clean reliable electricity 24 hours a day. Leveraging AC power and larger power capacities they can support the next levels of energy access by incorporating productive end-use applications like drip irrigation systems, grain mills, and refrigeration. Perhaps most importantly they can be grid interoperable meaning they could provide the back bone of a truly resilient distributed, smart grid in countries that have yet to build out grid infrastructure. 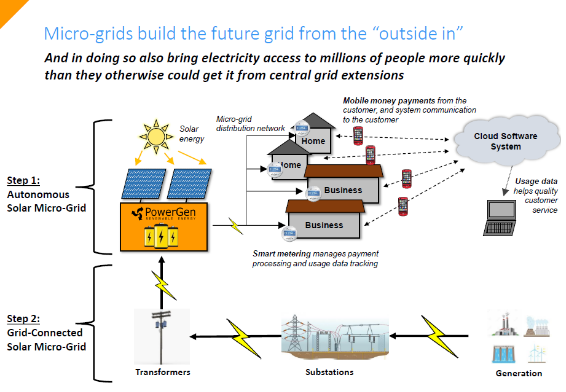 That's the vision that has spurred NGO's, and start-ups tfrom Nepal, to India to East Africa into action. In Nepal Gham Power partnering with U.S.-based nonprofit GRID Alternatives is working to Power Up Nepal starting in the countries most remote, least developed districts, heavily affected by the 2015 earthquakes. Half a world away in East Africa Power Gen and PowerHive are pioneering efforts to enable private sector start-ups to become retail electricity providers for the Kenyan state owned utility by deploying smart, grid interoperable micro grids. And in India developers like OMC are working to make good on the countries newly drafted mini-grid policy to be grid extenders.

But despite of all of this activity micro grids lack a systemic effort from the multi lateral system to build the market infrastructure required to truly scale their efforts. There is no Lighting Africa for micro grids, no industry association like GOGLA (though the World Bank is currently working to rectify this), and most importantly there is precious little money floating around.

That's a huge problem because this infrastructure has paved the way for explosive growth in solar home systems laying bare just how powerful the demand is for energy and how adept entrepreneurs are at serving it. This public support is all the more necessary for micro grids which require an incredible degree of policy certainty, and financial support that treats them like the public infrastructure they are in order to succeed.

Enabling that support means building on the foundation that solar home system and lantern companies have built. The reality is home system providers have invaluable lessons for the micro grid space that must inform our next moves up the ladder. They have proven conclusively that people value services, not electrons and will pay accordingly. That's incredibly important because it creates the forcing function that enables super efficiency - a precursor to both access and climate success. They've also proven that innovative pay-as-you-go payment schemes unlock energy access for the poor which will be essential for micro grid success. Last, but not least, all of those solar home systems can and should plug into micro grids as distributed energy resources (DERs) - just like I do with mine in California.
These lessons are critical for achieving the transformative promise of upending the architecture of the grid itself.

The reality is the direction of travel of the utility industry globally (Trump be damned) is quite clear. Grids are moving away from being centralized, dumb, and dirty to becoming distributed, smart, and clean. The true leapfrog opportunity in Africa is not to replicate 19th century systems but to leapfrog directly to what California and Germany are actively building today. Countries across Africa will achieve that promise by greeting the arrival of the grid in long neglected villages with the building blocks of the system of the future - smart, grid interoperable, distributed clean micro grids deployed by private sector actors enabled by smart public policy.

But to get from here to there we need to raise our collective ambition. Micro grids are essential public infrastructure and should be treated as such. Just as the World Bank's Lighting Africa program helped unlock the solar home system revolution sweeping across East Africa, a dedicated multilateral development bank program focused on micro grids could transform the lives of hundreds of millions and build a grid meant to last.