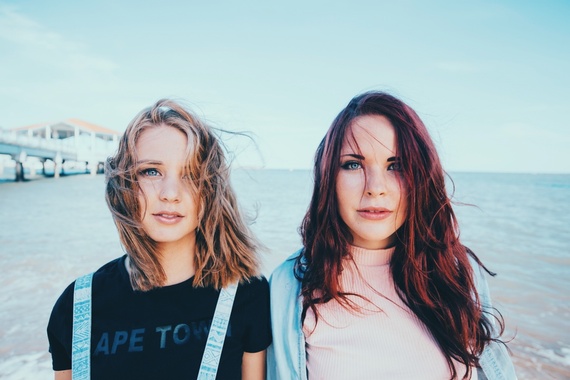 March 18th marks the National Day of Action Against Bullying and Violence and promotes a united stance against bullying worldwide. Teen bullying is a problem that exists in many schools around the world, but can the effects of bullying be carried into adult life?

Of course it is possible for many adults to be bullied as a teen without experiencing difficulties in later life but unfortunately, some teenagers that were bullied will bear the marks of these events, not physical but psychologically. Research suggests that adults are more exposed to developing mental issues later on in life, when they reach adulthood, as a result of being subjected to violence of various types of bullying as a young person. Let's discuss.

Recent scientific studies seeking the causes that trigger adult depression concluded that many adults that end up suffering from depression were bullied when they were young. According to the data provided by stopbullying.gov, 28 percent of the children with ages ranging from 6 to 12 had already faced bullying and concerning high school students, the percentage is somewhere around 20 percent.

A good number of these children faced depression when they were 18 years old, in comparison with the small percentage of young adults who did not deal with bullying, being depressed at the same age out of various other reasons. So this points to the idea that bullying could be linked to depression later on in life.

But why does depression manifest after so many years? According to Teens Against Bullying, most children and young students do not talk about the fact that they've been bullied by their teachers and parents. Dr. Jeff Nalin, Psy.D from Paradigm Malibu, home of teen depression treatment states that negative thoughts and feelings build up as a result of keeping all of these feelings bottled up and in many cases these feelings re-emerge in the form of depression. About 41 to 47 percent of the bullied children and teenagers in this survey never told a teacher about what they were facing at school. Also, 24 to 51 percent never told this to a parent either.

Without talking to an adult about the troubles they had to face, these teens never received specialized assistance, to help them remove the negative feelings that could end up hurting them in the future. Out of shame, fear, or other reasons, they thought it was best to keep everything inside, not letting anyone know what was wrong, allowing negativity to do damage to their self-esteem and self-appreciation.

This shows how an unfortunate event in childhood could have a negative effect on adulthood. There are also the most unfortunate cases, when a child or teenager, besides having to endure bullying at school, will have to suffer an unbalanced environment at home, due to divorced parents or parents that have various issues.

A consistent study that was unrolled to investigate the link between depression after the age of 18 years old and early bullying was the one made by the University of Oxford, led by Lucy Bowes. The study had approximately 4,000 participants, who had to complete a set of questions in the first stage. Then, their answers were reassessed after five years, to see if any of them showed signs of depression.

Out of 683 participants who reported to being bullied at least once a week, around the age of 13 years old, 15 percent showed signs of depression at the age of 18, when they were checked again by the study's team. In comparison with the rate of high school students that never faced bullying, their number was three times greater. So it does suggest that bullying does have effects later on in life, even if several years pass since the incidents took place.

The study showed that approximately 30 percent of the adults suffered from depression which could be traced back to their earlier years, when they were children or teenagers that suffered from bullying. However, exact conclusions cannot be defined, even if specialists consider bullying to be a contributing factor when it comes to adult depression. But, they do think that efforts to bring down bullying in schools may help reduce the number of adults that suffer from this condition.

Bullying should never be treated lightly, and more efficient measures should be taken to eradicate this unfortunate aspect from the lives of children and teenagers. Also, parents and teachers could aim to be more sensitive when it comes to children, keeping an eye on them if they start to become distant or withdrawn and be aware of the warning signs.

Have you been a victim of bulling? Has it affected you in later life?