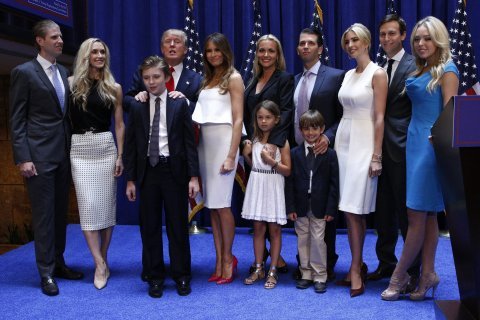 Is it possible for someone who clearly is such a great dad to actually be dangerous and apocalyptic to this country? I say the answer is absolutely not. Well that's the line that anti-Trump supporters are stuck on. Don't confuse Trump's media antics as anything but that. When push comes to shove the Donald is a master of pulling the trigger. Sometimes he pulls the trigger to attack his political opponents. But you don't need to look any farther than his five successful children to see he also knows how be great at the hardest job on earth - and that's being a great parent.

I have raised five kids on my own since their mother left us 20 years ago. As a single dad, I would frequently hear the whispers behind my back and rumors people would spread that the only reason the mother would have left us, is if I had done something bad to her. But like Donald, my five kids today are articulate, successful, admire me and are trying to make a positive difference in the world. Like Donald, I was tough on my kids, demanding that they were high achievers and I didn't give them things they didn't earn (usually). Like Donald, I'm a good father and a good man, despite what others may think or say.

I went through two marriages, Donald had three. That doesn't make either of us bad men either. In fact Donald's ex-wives all still speak fondly of him. How many men can say that? Raising kids through divorce makes it 10 times harder. I know that better than anyone (do I sound like Donald?). His children from different marriage get along. We are a society that measures people by results. Trump has had enormous business success and fatherhood success. Show me someone who has done better.

If you watched the Republican National Convention, you got to see Trump's children speak. They spoke articulately, passionately and it was clear to every parent out there (if you don't have Trump hater tinted glasses on) that his kids love, admire and respect him. There's no way they could deliver those kinds of impassioned and supportive speeches, so genuinely, if they didn't believe what they were saying. He helped raised his children lovingly and there was his payoff right for millions of Americans to see.

Donald Trump Jr.'s speech was so potent he is now being talked about as a NYC mayoral candidate. He has also been frequently on TV, delivering impassioned and convincing arguments why his dad should be the next commander and chief. But for me, the most interesting Trump offspring to study, if you want to know what kind of man Donald is, is his daughter Ivanka. She has had to watch her father remarry twice and have children from both of those marriages. She married a religious Jewish man and had an Orthodox conversion to Judaism. And that's the real deal - Ivanka is now a Jew by every measure. Surely a bigot like Trump, would have objected and caste his daughter off into oblivion. Unfortunately for Trump haters, they can't play that hate card because he has embraced the diversity in his family - and the life choice of his oldest female child.

I carefully watched Ivanka's speech at the RNC. Donald could have had essentially asked any Republican on earth (except maybe Ted Cruz or Lindsey Graham) to give the speech that would introduce him to the convention. That was the key, keynote speech. He chose to have Ivanka give it. I would have done the same with my oldest daughter. 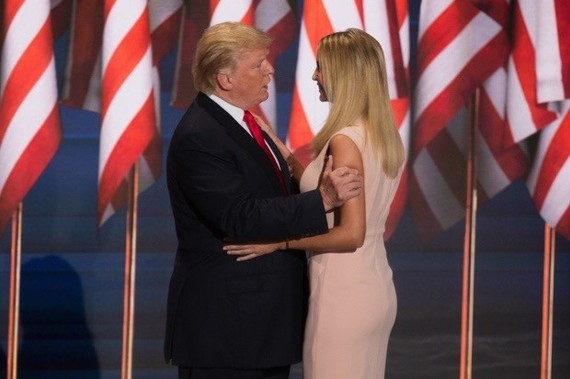 Having three daughters of my own, it wasn't the impassioned speech, filled with superlatives about her father that convinced me that Ivanka adores him. It was the moment he greeted her on stage after her speech. They looked straight at each other and he gave her a pat on the hip and he had a look of immense fatherly pride. She looked at him just like my daughters look at me - with love, respect and admiration. I know that look, I know it well and I live for it. No dangerous, intolerant or bad man can receive that look from his daughter.