Is it possible to clone a Neanderthal using the DNA samples currently available?: originally appeared on Quora: The best answer to any question. Ask a question, get a great answer. Learn from experts and access insider knowledge. You can follow Quora on Twitter, Facebook, and Google+.

Answer by Kate Cherry, explains genetics for a living 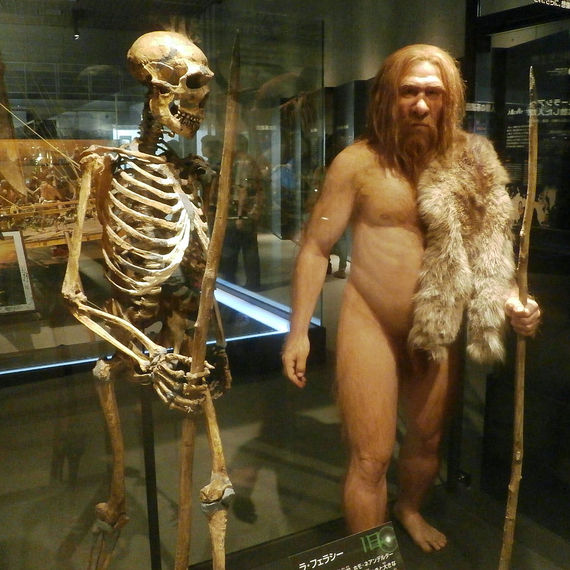 Not with the technology available right now. In the next few years, it may be possible to come close, but there are a number of scientific limitations and ethical concerns that arise when you start thinking about this process.

I'll start by outlining the basic process of cloning an animal. First, an egg cell is retrieved from the animal. The nucleus of this cell is then removed, to get rid of the genetic material. Then, genetic material from the animal you want to clone is removed from its cell and inserted into the "empty" egg. If all goes well, then the egg will start dividing as a normal embryo would, and it can be implanted into the host mother who would become pregnant with the clone. The resulting baby would have the exact same DNA as the animal from which the original cell was extracted.

When thinking about doing this process with Neanderthal DNA, there are a few problems that arise. First of all, there are no Neanderthal remains from which we could extract a viable egg. Presumably, human eggs are very similar to Neanderthal eggs and may work as a replacement, but it's fully possible that any attempt to create an embryo this way would fail after the fusion stage. There is a very delicate balance inside the human egg that directs the process of very early cell division and differentiation, which is partly controlled by the proteins and hormones inside the egg's cytoplasm (that is, the part not removed with the nucleus), and partly controlled by the genes present in the zygote and epigenetic factors that affect the expression of these genes. We have no idea how closely this process in Neanderthal embryos matched with that in human embryos. Yes, there is recent evidence that Neanderthals and humans did interbreed, so maybe the mechanisms that control early cell differentiation would be similar enough to work here and this stage would be successful. However, it also may be the case that this process has evolved significantly in humans since the time they were able to interbreed with Neanderthals, and that the mechanisms in the human egg's cytoplasm would no longer be able to control the differentiation of Neanderthal DNA.

The second problem to consider is that we don't have intact Neanderthal cells from which we could extract a complete nucleus. The Neanderthal genome has been sequenced, meaning that we have found enough samples of Neanderthal DNA to put a picture together of the DNA sequences present in their cells. However, the samples used were all small fragments, which happens naturally as DNA degrades over time. So, the Neanderthal DNA used in our cloning experiment would have to be made synthetically, using the information from the sequencing studies as a blueprint. This is theoretically possible, since we know the building blocks of DNA and how to put them together. This has been done with bacterial genomes, and the synthetic chromosome was successfully inserted into a bacterial cell and able to reproduce itself. However, it is quite a leap to go from a relatively small, single chromosome of a bacterial cell to a much larger genome from a more complex organism like a Neanderthal. It is likely that Neanderthals, like humans, had a number of epigenetic mechanisms that controlled gene expression in the early embryo, which would be important to include in the DNA that is transferred. The information we have about the sequence of the Neanderthal genome doesn't include any information about these epigenetic factors. We could potentially extrapolate if we understand the process well enough in humans, to say "that similar gene is turned off at this stage in humans, so we'll probably need to turn it off in this experiment too." We are nowhere close to understanding epigenetics as well as we understand DNA sequences, so being able to do this is a long way off.

The third problem we might come across in our attempt to clone a Neanderthal is the question of where this being will gestate. A human woman would probably have to volunteer to have the embryo implanted in her uterus, assuming that the process was successful so far and a viable embryo was created. I'm not sure what motivation any woman would have to volunteer for this, and a whole lot of ethical issue arise when you consider the consequences of doing this. Would the pregnancy be risky for this woman? Who will raise the resulting Neanderthal baby? Will it have similar rights as a human, or will it be relegated to "less than" status and used in experiments as we would use an ape? Assuming a suitable volunteer could be found, though, the attempt would not necessarily be successful. Just like the egg cells have complex ways to control cell division and differentiation, there are many factors inside a human uterus that might reject the implantation of the cloned embryo. I would guess that if the experiment were even able to get to this point, implantation would not occur. If it did, I would also assume that miscarriage would be likely, or complications due to incompatible immune system cells could lead to something like this in the Neanderthal fetus.