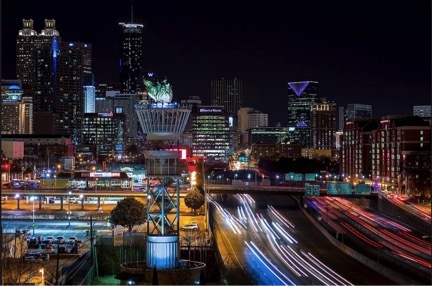 Cities are gaining momentum as incubators for innovation. There is much excitement about the idea of cities as "laboratories of democracy." As a result, cities can learn best practices from one another. Sharing this information can build a strong foundation to amplify and encourage experimentation.

Recognizing the power of shared learning, Bloomberg Philanthropies, in partnership with The Behavioral Insights Team, Harvard Kennedy School, Johns Hopkins, Results for America, and the Sunlight Foundation, have recently launched an exciting initiative. What Works Cities is pledging $42 million to target 100 mid-sized cities, with populations between 100 thousand and 1 million, to help these localities develop solutions for their biggest challenges using evidence-based data.

I recently talked with Michele Jolin, CEO and Co-Founder of Results for America, who's also the campaign manager for Bloomberg Philanthropies What Works Cities effort. We discussed the opportunities and potential for this initiative:

What was the impetus for this initiative?

From many of Bloomberg Philanthropies' Government Innovation initiatives, they learned that city leaders are hungry to do more and do better with data and evidence, but they often struggle to access the relevant tools, knowledge and expertise required for implementation. America's mid-sized cities (100,000-1,000,000 citizens) typically have little support to help them enhance how they use data and evidence, but they are eager to learn from experts and from one another about how to be more efficient and effective. What Works Cities was created to respond to this need and to improve the ability of mayors and local leaders to deliver results for citizens.

How will the cities be chosen?

We are looking to partner with cities that represent a cross-section of the country, reflecting diverse geographies, demographics, and politics. We also hope to work with cities in various stages of implementing What Works strategies. Most importantly, we are looking to work with mayors and local leaders who are truly committed to enhancing how they can use data and evidence to make their government more effective, improve people's lives and engage the public.

How can this approach ameliorate some of the current challenges of employing innovation?

There's already a tremendous amount of forward motion in America's cities to open up their data, use evidence to ensure services are continuously improving and facilitate innovation, while also enhancing government's transparency and accountability to the public. This initiative was designed to put additional wind behind mayors' backs and to define a new level of achievement for American city government. What Works Cities will demonstrate that when city governments across America use data and evidence to drive decisions and engage with citizens, they will achieve more for all their residents.

How do you envision training people who may be less familiar with technology?

Not surprisingly, the level of technological sophistication varies among city governments across the country. Where cities want to advance their knowledge and practice using technology, we will make available significant technological expertise from our partners. The Sunlight Foundation, for example, has extensive knowledge and experience in expanding open data policies to governments at all levels. And the Center for Government Excellence at Johns Hopkins University has some of the leading minds in open data portals and performance management systems and is ready to work with cities interested in putting in place new systems or improving what they currently have in place. Cities have been partnering with their residents to use data to improve the delivery of services for themselves and their neighbors, and What Works Cities is there to help cities advance their practices and know-how, capitalizing on existing momentum

At the end of three years, we hope to have accelerated the effective use of data and evidence in at least 100 cities, and supported Mayors in their efforts to get better results for all citizens. We also will point to examples of What Works strategies in cities all across the country, so that every Mayor will have examples and models that can be used for how to successfully use data and evidence to improve the lives of residents.

How can cities apply to be a What Works City?

Cities can find more information and apply for What Works Cities on our website: www.whatworkscities.org. The first What Works Cities will be selected in mid-June based on applications received by June 1. However, cities will have multiple opportunities to apply over the course of the three-year initiative.