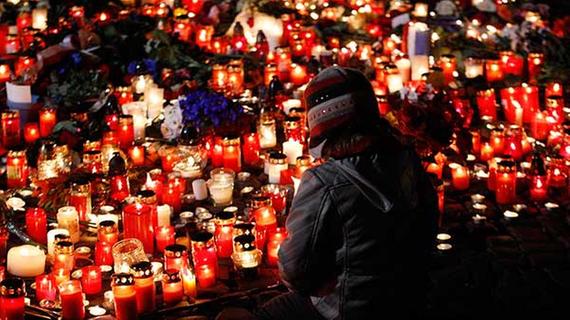 Last week we were again hit with numerous terrorist attacks that have left us traumatized once again with emotions stirring in our head and heart. We continue to ask the common questions to make sense of them. "Why did this happen? Why does it continue to happen? Who is responsible? How do we stop it?"

While we ask these questions we all begin to start the inquisition and attacks on those who are the "face" of terrorism in the world, Muslims. With the incredible marketing campaign of the Bush Administration and the media, we bought into the idea that terrorism was synonymous with Muslims and Islam.

I think it is crucial to really understand the term terrorism, what it means, who it can be applied to, and if it is possible to actually defeat. It turns out that no one is all that sure just what "terrorism" is. How can the "terrorist" and the "victim" both simultaneously feel they are justified in their actions and on the side of "good," or victimized by a terrorist? The reality is, is that the victor usually writes the history books.

While often it seems black and white, it often never is. The classic quote of "your are with us, or you are against us," is an extremely powerful way of gaining support for a cause but is disingenuous and part of a coercion tactic to gain support for one side. We all know how powerful this tactic is, especially during times of tragedy and extreme emotionally turmoil. From Germany after WWI and the rise of Hitler, to the MacCarthy Era when Communists were "taking over the world," placing Japanese-American citizens in internment camps, and more recently when we were sold on invading Iraq. The tactics of fear and scapegoating work like a charm and we continue to buy into the same sales pitch every time.

When discussing this topic, I want to say one thing about our military and our actions overseas. I hold the utmost respect for the men and women who serve in our military and dedicate their body and soul to ensuring they do their job. It is the government establishment and those who are truly pulling the strings I am referring to when discussing this sensitive subject of terrorism and combating hate.

The only way we can take the important step of understanding is to do our best to put ourselves into the position of the person engaged in acts of terror. In order to understand our enemy we must understand their motives and their way of thinking (this applies to creating a military strategy as well). This idea of trying to "understand" someone we deem as "evil," is often very difficult for people and in some cases impossible. However, when we attempt to do this and spend the time to understand how one engages in inhumane acts, it becomes quite clear on how a person can evolve into someone who becomes ideological in their thinking and willing to kill others without hesitation. 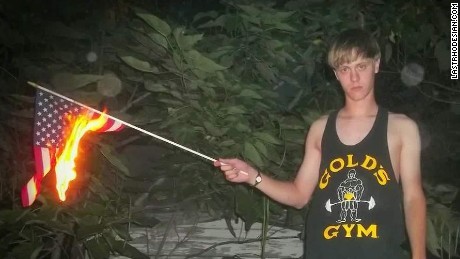 It is really quite easy to understand. Yes, there are regimes that implant these ideological views in children's heads all the way through childhood and mold them into terrorists. However, it is really the confluence of environmental factors that truly pushes a person to radical beliefs and inhumane actions.

When inhumane and brutal attacks of terror occur, I do my best to truly put myself in the world view of the terrorist and how they have come to view the world and act in such ways. Not only is this an important thought process to engage in for our own understanding, but also for our government if we truly want to stop these groups from growing.

Here is a personal example of how I myself have come to change my way of thinking of people who engage in terrorist style types of thinking and acts become the way they are:
I myself am a Jewish American who's family was directly affected by the Holocaust as well as other forms of persecution over the past two centuries. When we think of the Holocaust we automatically think of the brutal and inhumane acts of the Nazis. The Jewish community has and always will have a traumatic understanding of what happened to our people and how 1/2 our population was killed by one ideological group.

When we can step toward a framework of understanding as opposed to revenge, we can begin to combat hate. I'm always trying to bridge the gap of understanding so when I heard about Christian Picciolini's story, I quickly got in touch with him. Christian Picciolini was a well-loved kid from a good family who became a leader of the early American racist skinhead movement. He was the lead singer in the first white power band from the United States to play in Europe. He attended KKK rallies, was kicked out of four different high schools (one of them twice), and stockpiled weapons so, if necessary, he'd be ready to fight the United States government to protect the white race from annihilation.

Christian's story is extremely relevant now as more Americans have been killed on U.S. soil by White American terrorists than by Islamist extremists, or any other terror group, since 9/11. That's a hard fact to swallow but must be understood when we talk about terrorism and who is really terrorizing our country.

So how can I as a Jew, even think about engaging in a conversation with a guy who literally wanted to kill people of my ethnic background? After working with at-risk youth for almost a decade, I understand the struggle for identity all youth face in a chaotic world and the unfortunate path too many take during that search. Christian has written a book on his experience and how he has changed his life from one of hate to one of compassion, understanding, and bringing all peoples together to understand how young kids are co-opted into terrorist organizations. It comes down to the basics of identity, family, and a feeling of purpose and belonging. It is this co-opting which we must understand to truly understand how terrorism is bread, and how to begin to combat it. (Watch American History X for a better understanding of this search for identity). 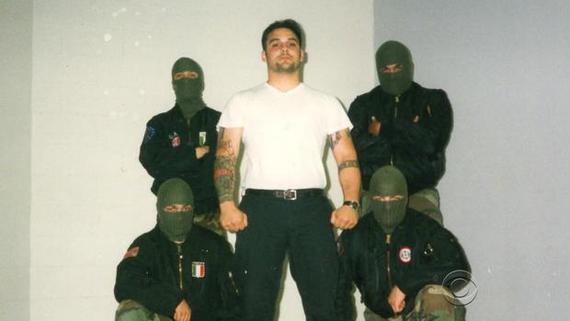 Why did Christian Picciolini join the neo-Nazi skinhead movement? Why do kids in inner-cities join gangs? Why do young Muslims join Al-Queda and ISIS? Christian tells his story of indoctination below:

"Being recruited by a white supremacist hate group, in many ways, is similar to recruitment by Daesh/ISIL, or even inner city street gangs. Savvy recruiters use the same tools -- social media, fear mongering, promises of paradise, and the opportunity to join a mission of great importance -- to target youth that feel marginalized, disaffected, bullied, are lacking a strong family structure, are socio-economically depressed, or perhaps even have some degree of mental illness or detachment, in some cases. Recruitment and radicalization is often not about ideology, but about amassing numbers of soldiers through fear tactics that instill a sense of false "patriotism." Providing acceptance and structure to the individual is often the lead in for recruiters. While the ideology is often developed along the way, I believe it is not the prime reason that young people attach themselves to extremist groups or gangs. Generally speaking, young people want to do something that matters. And when someone with an unassuming, yet nefarious, agenda comes along that appears to offer structure, support, and a means to accomplish the goal of individual relevance and a stronger sense of identity, they are often successful in leading that young person down a path toward certain disaster (whether it be personal or have a greater social impact)."

As kids, we are sponges and soaking up whatever is in our path. We have an innate yearning to be connected to a family and community, to feel loved, to feel supported, to feel empowered, and to feel part of something with purpose. When you add in socio-economic desperation, a war torn country, and lack of basic resources like: food, water, shelter and education, you have the perfect concoction for creating ideological foot soldiers. If one is denied the opportunity for a peaceful existence and is brainwashed from a young age with terrorist ideologies, engaging in violent, inhumane activity becomes normal.

So how do we begin to understand terrorism and how do we begin to build a strategy to defeat it? We know what happens when we persecute one particular group or religion, we know what happens when we invade with a heavy military mission without truly understand the people and culture, and we know we need to find a new way in dealing with dangerous groups intent on harming innocent people.

When we talk about defeating terrorism, we must understand that that is impossible. There will always be groups and individuals who will want to cause harm and destruction to others, so right off the bat, fighting "terrorism," is a losing battle. There is no question that the current terrorist attacks have the entire world on edge spiritually and emotionally. I am in no way am saying there is one way to move forward or that the solution to this problem is simple. However, I am saying that acting on impulse and emotion, as we have done in every war after WWII, has proven ineffective and costly on every level.

When we engage in war we must think about who will be effected, what the outcomes will be, and how many people will die. The collateral damage for the current war on terror must be reflected on before we enter another one. From the 1,000,000+ dead Iraqis and Afghanis to the American service members who have given their lives, bodies and souls, and who are still being rotated in and out of the battlefield every year. We are still engaged in the longest war in US history with no end in sight. We clearly need a new strategy.