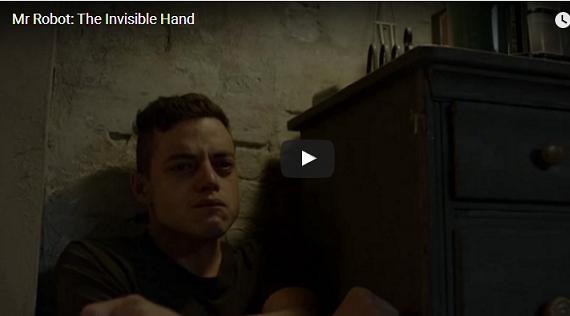 Even though we are keenly aware that human beings are destroying the world, rather than dwell on this fact, we distract ourselves to avoid confronting this reality. As someone deeply invested in Kabbalah study and a movement aspiring to bring about social change, I still find myself drowning in the huge and instantly accessible abyss of fair to excellent TV shows popping out with alacrity. Rather than do something about this clear crisis of the human spirit (profit motivated corporations are destroying our natural resources, a completely dysfunctional political system, antibiotics are becoming less successful at doing their jobs, the gap between the rich and poor in even the most developed countries is unsustainable, the rise of Islamic extremists, drug addiction on the rise), I'm often satiated by acknowledging these problems exist by the middle brow and upper middle brow television I consume. I think this is the pattern many people are stuck in. Too busy to try and improve the world, I like many people am entertained by the very real phenomena that the art tackles. While the systemic failure of America and global society makes for good art, isn't this clear imbalance supposed to enrage the populous?

On my Tumblr page, I've recently compiled all the film and television I've been watching. It has made me contemplate the sad reality of our existence. In these fictional worlds, everyone seems to have a desire for more, and if not more, for things to come together in a way that life won't allow for. Then in the real world, there are constant signs I see of society decaying. First there was the much too long flirtation with the conman Donald Trump as being a viable candidate for the presidency. The VMAs are awarding criminally bad artists who only seem to be interested in legalizing and enjoying marijuana, while they sell the dream that everyone is valuable and worthy and should dream big, while they orbit in highly exclusive cliques that their adoring fans would do anything to spend a night with. On the VMAs, the corporate speak of politically correct brainwashed ideologies are permeating throughout even the supposedly sordid elements of popular society (Miley Cyrus, Kanye West). Everyone feels good about themselves (their positive messages) in order to ignore confronting reality dead on, or to distract themselves from the pain society creates as it is currently constructed.

In mass culture, we don't in any meaningful way address the failure of the system. We don't look for alternatives. This is what is so surprising and refreshing about Mr. Robot. Aside from it being the most addictive show I've seen in years, I am shaken by its drama being centered upon acknowledging the world is a huge mess in need of an ideological revolution. And it doesn't take place in some dystopian future. It takes place in a heightened version of New York City today. The hero of the show is a morphine addicted hacker, who winds up being swept into the orbit of a group of hackers who wish to wipe out the credit card debt records and create chaos to empower the people to create a new economic system, where the 1 percent no longer feeds on the misfortune of the weak. The idea is so revolutionary, so un-American, you would think this would cause some sort of uproar, but it doesn't. We see that the world is in a state of crisis so undeniable that we can build drama to this effect with few questions being asked. However, we don't see its viewers banding together to destroy the institutions that created this world. Instead, we enjoy this drama based on a reality we are all too aware of. I came late to the party and took in 10 episodes in a few days.

In order to avert global catastrophe there needs to be a full-scale change in human values. In today's world we measure ourselves by the fulfillment of our ego, which for most of us comes in the size of our bank accounts, or the praise we receive from our accomplishments. We do this instead of looking to do our part to reform the nature of society. The current economic model is based on human nature, our will to receive. Human desire leads all people to seek pleasure for themselves at the expense of all other calculations. If someone is charitable, it is only because he or she derives pleasure from helping others. His or her ego is satiated by the acknowledgement they are doing good for other people, but they are still looking out for themselves. In order for society to truly reform, we would consciously need to try and fulfill the desires of others above our own. We would need to work against our nature. By seeing ourselves as a means of improving each other's lives and only looking out for our own necessities (not just eating bread and water like monks, everyone is different and would have their own calculations to make) we would receive infinite fulfillment, because we would not be burdened by our desire for more pleasure.

You may be thinking it would be impossible for society to change such a deeply embedded value system and your assertion would make a lot of sense. However, I would argue, I see values changing all the time, and faster than ever. Fifty years ago it would be unthinkable to tell a parent to not beat his child. 10 years ago, gay marriage and the legalization of marijuana were such unthinkable positions no mainstream political candidate in their right mind would mention them. In our deeply interconnected world, all it takes is a minority of 10 percent to hold an unshakable belief to change the majority opinion. If people could establish small societies that worked by these values, their example would influence the world. As humans it is our responsibility to try and improve our world, and a revolution in our consciousness -- a decision to redefine the meaning of happiness and success -- is the place to start.