After President Obama's nearly 4-year silence on the dangers of climate change during his first term, Obama spoke out forcefully in his Second Inaugural Address:

We will respond to the threat of climate change, knowing that the failure to do so would betray our children and our future. Some may deny the overwhelming judgment of science, but none can avoid the devastating impact of raging fires, and crippling drought, and more powerful storms.

Any rational American who believes in science -- and thus understands that civilization as we know it is imminently threatened by global climate change -- was cheered by President Obama's words.

But speeches are one thing. Meaningful action is another.

Given the domination of our political system by big money -- particularly from the energy industry -- in this post-Citizens United world, the question is whether it will be possible for the U.S. government to take the large-scale political actions that are necessary to address climate change, or whether the most that the money-driven political system will permit are small, marginal changes.

In the words of Al Gore, climate change guru and the "former next President of the United States,"

Indeed, the same day as Obama's inaugural address, the New York Times reported that, in the face of intense opposition, the Obama administration does not plan to push Congress to change any laws at all and will

instead focus on what it can do administratively to reduce emissions from power plants, increase the efficiency of home appliances and have the federal government itself produce less carbon pollution... After coming to office four years ago on a pledge to heal the planet and turn back the rise of the seas, he is proceeding cautiously this time.

Four or five years ago it seemed that enough citizens recognized the threat of climate change to force politicians to pass laws to combat it.

Davis Guggenheim's 2007 Academy Award-winning documentary An Inconvenient Truth focused the world's attention on the dangers of climate change and put it squarely on the political agenda. Barack Obama was elected in 2008 proclaiming that "We will be able to look back and tell our children that this was the moment... when the rise of the oceans began to slow and our planet began to heal". Early in 2009 the Waxman-Markey American Clean Energy and Security Act was introduced in the House to implement a cap and trade system for carbon emission permits. On the Senate side, an unlikely coalition of John Kerry, Lindsey Graham and Joe Lieberman began work on crafting their own version of cap and trade legislation that they initially hoped would garner bipartisan support.

And since then, well... next to nothing.

In order to pass the House, the Waxman-Markey bill was weighted down with special interest deals favoring various sectors of the energy industry. As a New York Times op-ed, "Four Ways to Kill a Climate Bill," explained,

Because Congress built a policy machine designed for special interests, most proposals were chockablock with policy contraptions impossible to even explain, much less put into effect. Provisions included pollution allowances for favored corporations, carbon credit-default swaps, complicated worldwide offset provisions to enable avoidance of actual pollution reductions at home and loopholes to extend the life of the dirtiest coal plants. By the end of the process, even Campbell Soup demanded a special deal for the carbon-intensive job of making chicken noodle soup. This rush to the trough was inevitable once President Obama ditched his plan to push a simple market-based bill that would have required polluters, rather than citizens, to pay for switching from fossil fuels to renewable forms of energy.

By the time the Waxman-Markey bill reached the House floor, it even contained a provision removing the Environmental Protection Agency's already existing legal authority to regulate emissions of greenhouse gases.

Many environmental organizations like Friends of the Earth and Greenpeace opposed the final bill for giving away far too much to the carbon industry and doing far too little to combat climate change.

In the Senate, Kerry, Lieberman, and Graham spent nearly a year trying to craft a cap and trade bill that would be sufficiently acceptable to the energy industry to get 60 senators -- many of whom received substantial campaign contributions from the industry -- to pass it.

According to journalist Ryan Lizza, the strategy of the Kerry/Lieberman/Graham "Gang of 3" was

to go straight to their industry backers. If the oil companies and the nuclear industry and the utilities could be persuaded to support the legislation, then they would lobby Republicans... This was the strategy Obama used to pass health care. He sent his toughest political operatives -- like Rahm Emanuel and Jim Messina -- to cut deals with the pharmaceutical industry and hospitals."

The "Gang of 3" negotiated with the top lobbyists from the nuclear power, natural gas, oil, coal, and electric power industries, offering them taxpayer money and relief from various other environmental regulations in exchange for supporting, or at least not opposing, an increasingly weak climate change bill.

The Obama White House expressed little interest in expending political capital on climate change legislation while simultaneously relaxing safety regulations on oil and gas exploration and opening up large portion of U.S. waters to drilling, including in the Gulf of Mexico. Then the Deepwater Horizon oil rig exploded, pouring tens of thousands of gallons a day of oil into the Gulf of Mexico, filling the TV airwaves with pictures of oil-covered beaches, birds and fish. It was the final death knell for the Senate climate change bill.

As Lizza wrote, "The White House's 'grand bargain' of oil drilling in exchange for a cap on carbon had backfired spectacularly."

Our democracy has been hacked. And when the large part of the polluters and their ideological allies tell the members of Congress to jump, they say 'how high?' And we need leadership in the executive branch as well.

Climate change went virtually unmentioned in the 2012 elections and not a single question about climate change was asked or answered in the presidential debates.

The energy industry has followed what's been called the "tobacco strategy," modeled on the tobacco industry's decades-long campaign fund research and PR and ad campaigns casting doubt on the science linking smoking to cancer. Likewise the energy industry has spent massive amounts of money casting doubt on the scientific consensus that man-made climate change is rapidly destroying the earth's environment and habitability.

An analysis of over 900 peer-reviewed papers casting doubt on climate change found that 9 of the 10 most prolific climate-change deniers cited have links to organizations funded by ExxonMobil.

Meanwhile Koch Industries -- one of the top 10 polluters in the U.S. -- has outdone "ExxonMobil in giving money to organizations fighting legislation related to climate change, underwriting a huge network of foundations, think tanks, and political front groups." Koch funding to climate change denying groups totaled $61,375,781 from 1997-2010 and is continuing.

The energy industry's "tobacco strategy" to cast doubt on climate change science has had an effect. According to a Harris Poll, belief in global warming dropped by over 25 percent from 2007-2011. If there's some hope, it's that in the wake of devastating climate events, the polls have come back somewhat -- a 2012 Pew poll showed a 10 percent increase in belief in global warming over the past 2 years.

Meanwhile, in the words of journalist Steve Coll, ExxonMobil has turned itself "into a finance arm of the Republican Party". According to Coll, about 90 percent of ExxonMobil's PAC contributions in the 2010 election cycle went to Republicans and an even higher percentage went to them in 2012. (In order to hedge their bets, Chevron and ConocoPhillips gave to Democrats at twice the level of ExxonMobil, which may be part of the reason that soon after taking office in 2008, the Obama administration urged environmental organizations to not talk about global warming but to emphasize green jobs instead.)

ExxonMobil "has invested mainly in a blocking strategy, focusing its PAC donations on Republicans who can try to assure that no damaging laws go through," writes Coll.

So as long as Republicans -- and corporate-friendly Democrats -- control the House, and Republicans in the Senate have enough votes to filibuster effective climate change legislation, changing the laws in any significant ways to slow devastating climate change is effectively dead. Our corrupt political finance system -- which allows the energy industry to buy Congress and block change -- makes it difficult to impossible to take effective legislative action.

Under our campaign laws -- as interpreted by the Supreme Court in Citizens United -- Congress is a wholly owned subsidiary of the energy industry. To say it again, in order to solve the climate crisis, we need to solve the democracy crisis.

If there's hope, it's that grassroots citizens' movements to get money out of politics and to address the threat of global climate change are rapidly growing.

In the 2012 elections, voters in Montana, Colorado and 175 cities, including Chicago, San Francisco, and more than half the cities in Massachusetts passed measures by margins of 75 percent to 81 percent instructing Congress to support a constitutional amendment to overturn Citizens United.

At the same time, the increasing frequency of extreme weather events like drought, wild fires, melting ice, and vicious storms is moving public opinion to join the scientific consensus that climate change isn't just a future danger but is happening here and now.

Americans have watched as ranchers and farmers have lost their crops to droughts and wild fires and citizens in coastal areas have lost their homes, businesses and even their lives to extreme storms. German insurance giant Munich Re reported that "nowhere in the world is the rising number of natural catastrophes more evident than in North America" and that from 1980-2011 weather disasters caused losses totaling $1.06 trillion.

Sixty-nine percent of New York State voters believe that Hurricane Sandy demonstrated the effects of climate change. In the wake of Sandy, even the cover of Businessweek proclaimed, "IT'S GLOBAL WARMING, STUPID" 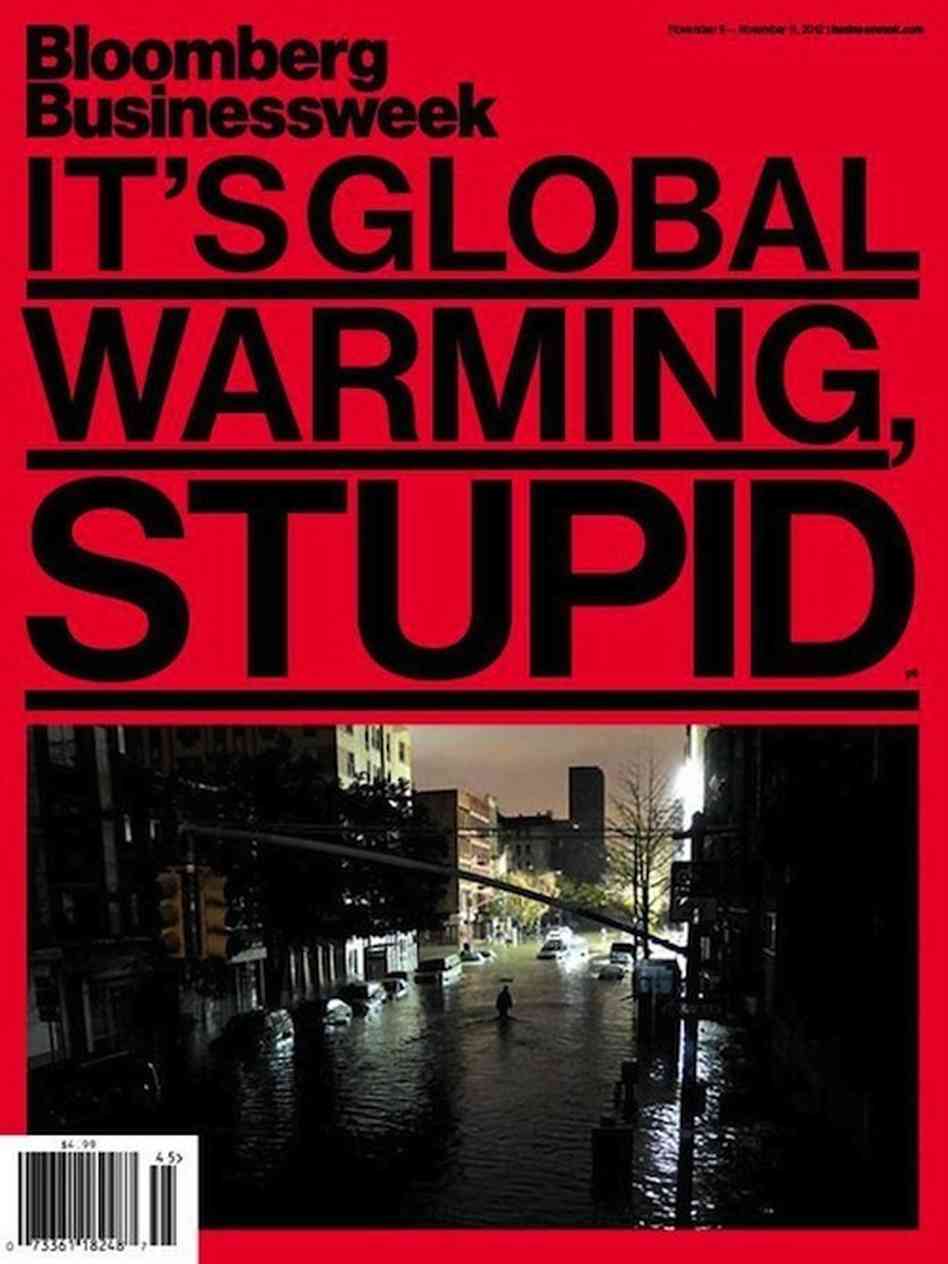 Meanwhile environmental activist are mobilizing like never before to force action on climate change before it's too late.

Fossil Free is organizing to get universities and pension funds to divest themselves of stocks of energy companies who block progress on climate change.

The Sierra Club and other organizations have launched the Obama Climate and Clean Energy Legacy Campaign which will feature 100 days of action between Presidents day in February to Earth Day in April. It will commence with the Forward on Climate Change Rally in Washington D.C. on February 17th co-sponsored by nearly 100 organizations, which is expected to be the largest climate change rally in American history. (Click here for more info.)

Citizens are standing up to solve the democracy crisis and to solve the climate crisis. Given the Supreme Court-sanctioned corruption of American democracy by big money, these citizens' movements may be our last best hope.