This month's "Can We Talk?" features an exchange between Rabbi Joshua Stanton and Eboo Patel responding to the following questions:

What makes a person religiously "literate", and how do young adults approach this question? How are you thinking about identity formation in the post-modern era, in which globalization and the reality of multiple, partial, and shifting identities shapes young adults' relationship to tradition and community? How are we to understand interfaith/intercultural relationships and marriage for this generation? Which models of connection and community should we be focusing on? 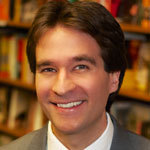 This year, I turned 30 and you turned 40. Though we're only ten years apart, sociologists place us in entirely different generations. I'm an older "millennial", while you're on the younger edge of "Generation X". We've laughed together about the overdrawn distinction between the two. But I'm not so sure the generations are that similar, especially when it comes to the question of what it means to be "religiously literate."

In the early days of rabbinic Judaism, two millennia ago, designated individuals within a community were like living external hard drives -their minds serving as databases of sacred quotations that could be recalled at the request of a scholar engaged in debate, study, or analysis. Over time, what we still call "the oral law" was also written down. By the medieval period, being Jewishly literate meant having an extensive knowledge of a wide range of Jewish texts and fluency in reading Hebrew, Aramaic, and often Arabic. We remain a textually focused people.

When Gen X entered college, Jewish literacy still largely meant knowledge of and the ability to engage with canonical texts along with deep familiarity with Jewish practice in its many forms. But for millennials, in many ways being culturally literate has come to mean possession of general knowledge in a field and a familiarity with the philosophical issues that undergird that field--and then the ability to quickly access and harness more specific information using technology.

Has technology also largely transformed what it means to be "literate" within our respective religious traditions? 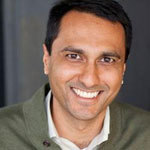 I love this question. My related question is: How are ancient modes of identity formation changing, given the ways technology facilitates frequent and intense encounters with diversity?

What you write about how Jewish identity has been long formed--within communities permeated with text study as well as ritual practice--feels familiar to me, having spent extended periods of time in my grandmother's Ismaili Muslim home in India. Everything revolved around the "Ismaili clock". Prayer in the morning and at night, Friday attendance at jamat khana, breaks during the day to pray tasbhi and read the farmans of the Imam.

This is what the sociologist Peter Berger calls a "plausibility structure", a tight-knit community within which only one type of identity is plausible. In Berger's language, "modernity pluralizes", introducing new ways of being, believing, and belonging, and poking holes in that structure.

Plausibility structures are narrow by definition, forming people in very particular ways and even being ready to go to war with the plausibility structure down the street. But for those of us invested in particularist identity formation, there are also drawbacks to meaningful experiences of diversity. My kids are already curious about why we can't eat pork when everyone else does. 100 years ago, few Ismailis would have thought to ask that kind of question until they were much older, if at all; they hardly came into contact with people who ate differently than they did.

In the 1970s, Berger described the process of identity moving from being one's fate to being one's choice. That process has only gone faster in the intervening 50 years. It is common to hear Gen X types say something like, "I was raised Catholic, but when I was a teenager I dated a Jew. In college, I stopped going to church--now I like to read about Buddhism. I'm spiritual, but I'm not really connected to religion." But most still have some foundation to return to (if they choose to) when they get married or a family member dies. I get the sense that fewer and fewer people in your generation are raised with a foundation of coherent religious identity, and I wonder where they go to commemorate or process important life events--and what happens to the role of social capital when people stop forming themselves into (and being formed within) coherent communities?

You're right--technology has continuously changed the process of becoming "literate," but it has never before led to the kind of instantaneous communication with communities beyond our own to which we've all become accustomed.

As you suggest, the question of literacy is secondary to that of identity formation--and I struggle with the fact that, as you say, "fewer and fewer people...are raised with a coherent religious identity foundation". Acknowledging that truth exists beyond any given tradition can be humbling--but if we only know a little bit about a lot, then our identity is fluidity itself. The absence of significant immersion in a given tradition leaves us walking on a road without a map (or a GPS). Mixing and matching practices without a resonant, overarching context or an internal logic can leave us without anything grounding and enduring. Our traditions have always developed and been influenced by their surrounding cultures, but the pace of change and degree of diversity is certainly very new.

In some ways, the biggest shift in how millennials approach religion is one of mindset. They feel free to pick and choose elements from multiple traditions, taking a little bit of everything. The question we both seem to be pointing to is whether such eclectic choices can provide substantial or coherent spiritual nourishment.

When there aren't significant inconsistencies in philosophy or values, maybe
they can. But what about an intermarried Christian and Jewish couple? It is difficult to teach children, for example, both that God had a son of flesh and blood and that God cannot take on a physical form. How can we reconcile the ideas that love is a replacement for religious law and that religious law is itself a form of love?

When the contradictions are real, we can (1) minimize or gloss over the differences, (2) acknowledge them and make a choice between traditions, or (3) select small, compatible elements from many different traditions. A growing number of millennials are going with the first or third options. Is it because they finally can, or because they were never meaningfully rooted in any given tradition? In the name of holistic wisdom and individual choice, are we creating blends of practices and teachings that lack any real depth? Or are we continuing to innovate, albeit with new zeal, in ways that our ancestors always have?

You ask several important questions. We live in an intensely interactional society with increasingly open communal borders. Will members of the current and future generations inevitably drink broadly from many wells, rather than deeply from the wells of their own ancestors? If so, is that a break with the past, or just the acceleration of what has always been the case?

If you asked people in India a hundred years ago what they were, they would have named their father's caste or occupation, or another marker of social position. Nowadays, the language is "I identify as ..."; identities, which can change rather rapidly, are seen as fluid choices rather than fixed inheritances. People aren't trapped inside something handed down to them with the heavy weight of generations--but nor do they necessarily feel the positive pull of obligation to steward the cultural and spiritual treasures of that legacy. They can easily check out altogether; as Berger pointed out, in the modern (and now the post-modern) era, all communities are voluntary.

As religious leaders and teachers, I think we have to help people feel a sense of majesty in being connected to a particular tradition, while also highlighting its more widely relational and even universalistic elements. The deeper we go into the particularities of the traditions we inherit, the more we have to contribute to the wider fluid and textured society.

Rabbi Joshua Stanton serves as Assistant Rabbi at Congregation B'nai Jeshurun in Short Hills, New Jersey and a co-Founder of Tribe, a group for young Jewish professionals in New York. He is proud to be part of the 2015 - 2016 cohort of Germanacos Fellows at the Interfaith Youth Core.

"Can We Talk?" is a publication of the Betty Ann Greenbaum Miller Center for Interreligious Learning & Leadership at Hebrew College.