Every election year, I see and hear about people being fired for what candidates they support and for political discussions at work. And every election year, I'm asked: is this legal? The answer is maybe. Mostly, it depends on what state you work in.

A good example of the vagaries of state laws on political firings is the case where the North Carolina Supreme Court just decided that it was not a violation of the state's political coercion law for a sheriff to fire deputies for failing to contribute to his campaign. 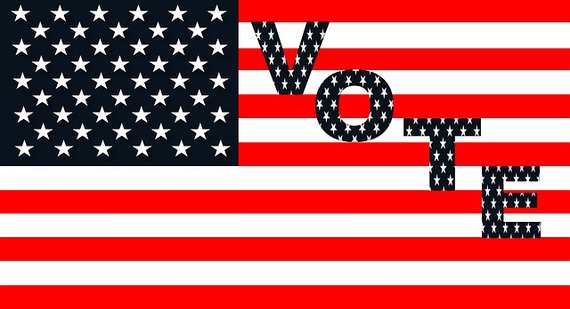 But what about the First Amendment, you ask. I have free speech rights, don't I? The answer is no. You absolutely do not have the right to free speech at work unless you work for the government (and even then, not as much as you might think). The Bill of Rights only applies to government action. It sets out what our founders decided the government couldn't do to citizens. It does not apply to what corporations can do to its citizens.

Still, not all political speech and activities are unprotected. Here are some instances where your political involvement might have some legal protection:

Concerted activity: While employers can certainly prohibit general political discussions and political campaigning at work, the National Labor Relations Act says that private employers cannot prohibit discussions about workplace conditions. Therefore, if employees discuss why a candidate is better for them as workers, then the employer can't fire them for that discussion. On the other hand, employers can force you, as a captive audience, to attend meetings and listen to one-sided political pitches on behalf of candidates unless you live in Oregon, which has the Worker Freedom Act. New Jersey has a similar law.

Labor Union Insignia: While employers can prohibit wearing of most political buttons, shirts and other campaign items, it can't prohibit union insignia. They could probably, for instance, prohibit a button that says, "Hillary," but not one that says, "AFSCME For Hillary."

Objecting to discrimination: If you object to illegal discrimination based on race, sex, religion, national origin, disability, pregnancy, age, or some other protected status, you are protected against retaliation by Title VII, the federal law prohibiting discrimination. Since there are prominent candidates who are Hispanic, black and/or female, discriminatory comments may arise. If you report to HR that your supervisor made racist or sexist comments about a candidate that offended you, then you should be protected against retaliation. If your employer limits political discussions by some, but not all employees, then they may run afoul of discrimination laws. Much of today's partisan politics is about religion, for instance. If your employer wants only one point of view expressed in your private sector job, the First Amendment won't help you but discrimination laws might.

Political affiliation/activities: Not all states have laws prohibiting political affiliation discrimination or termination for political activities, but many do. So do some counties and cities. The Civil Service Reform Act of 1978 prohibits political affiliation discrimination against federal employees. In Michigan, the laws prohibit direct or indirect threats against employees for the purpose of influencing their vote. It also prohibits tracking of political activity. In Ohio, West Virginia, Pennsylvania and Kentucky, employers are prohibited from posting or handing out notices threatening to shut down or lay off workers if a particular candidate is elected. In Oregon, it's illegal to threaten loss of employment in order to influence the way someone votes. In Washington State, it's illegal to retaliate against employees for failing to support a candidate, ballot position or political party. Some states, like California, Colorado, New York, North Dakota and Louisiana, say it's illegal to retaliate against an employee for their off-duty participation in politics or political campaigns. In Florida, it's a felony to "discharge or threaten to discharge any employee in his or her service for voting or not voting in any election, state, county, or municipal, for any candidate or measure submitted to a vote of the people."

Contract: If you have a contract saying you can only be fired for cause, then check what is says constitutes "cause." It all depends on how it was drafted. Best read up before you give any press interviews that might offend your employer's customers if you think you're protected.

Time Off to Vote: Most states, but not all, require employers to let you take time off to vote.

Before you spout off at work (or anywhere) about something your employer, customers or coworkers might deem offensive, think about how little protection you have. Remember, there's no free speech in corporate America.

If you're in one of the unlucky states that has little or no protection for employees, campaign season is a great time to ask candidates what they plan to do to protect workers.

Vote well. But most importantly, vote.

If you need specific legal advice, it's best to talk to an employment lawyer in your state. For more general information about employment law issues, check out Donna Ballman's award-winning employee-side employment law blog, Screw You Guys, I'm Going Home and her employment law articles at AOL Jobs.

Employee-side employment lawyer, author award-winning books including Stand Up For Yourself Without Getting Fired. Tweets as @EmployeeAtty.