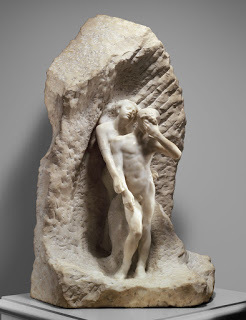 Oedipus famously brought about the fate he feared in his attempts to avoid it. The Oracle had presaged that he would kill his father and marry his mother. So he ran away from his adoptive parents and proceeded to kill his real father Laius at a crossroads and then marry his mother Jocasta when he arrived in Thebes. In our age of candor, you learn all the terrible things that have happened to people. In fact the sins of the children and parents are often the subject of bestselling books like Kathryn Harrison's memoir of incest, The Kiss and they're certainly the subject of fiction as is the case with Louis Malle's Murmur of the Heart. A few people may have actually murdered a parent in flagrante, but an even greater number have ended up sleeping with them. Much of the soul searching that accompanies the searing honesty of these revelations is accompanied with the hope that the painful exhumation of the past will result in a kind of exorcism. But can you escape the past? Can a deeply wounded person who has experienced all kinds of abuse go on to lead a so-called healthy life, freed from the demons his or her upbringing? Or is the tragedy of life that fate, which is the subject of Sophocles drama, is impossible to avoid? The jury is definitely out and the verdict is not a shoe-in. The road to hell is lined with good intentions. Many victims of childhood attend rehabs to recover from the same illnesses their parents suffered from only to relapse despite all the knowledge they have gained. The past is like a black hole which relentlessly sucks one back to familiar ground. On his way out of Hades Orpheus is warned not to look back at Eurydice or he will lose her, but he can't stop himself. Those who think they have escaped from the darkness might howl in protest but it's the dubious privilege of artists and writers to prove that the legacy of mythology is always ripe for reinterpretation.