A celebrity photograph quickly sidesteps the usual aesthetic criteria for fine art photography; instead of worrying about balance and contrast we ask if the featured star is healthy, happy, skinny, fat or just a total train wreck. Unless, of course, you can't see them. Photographer Chris Buck has embarked on a peculiar photographic journey with his new book "Presence," snapping shots of big name celebs hiding out of sight. We are left only with the promise that they are there, and possibly the faint aura of their famous presence.

Riffing off the "power portrait," Buck's subjects don't take up the entire frame; in fact, they take up none of it. With sitters including Cindy Sherman, Jon Hamm, Snoop Dogg and Archbishop Desmond Tutu, Buck explores the strange society we live in, where people from such diverse arenas become compressed into recognizable names and images, in an interchangeable pool of iconic identities. Although we cannot see any hints of hiding stars in Buck's photos, their names in the title affect our viewing nonetheless. 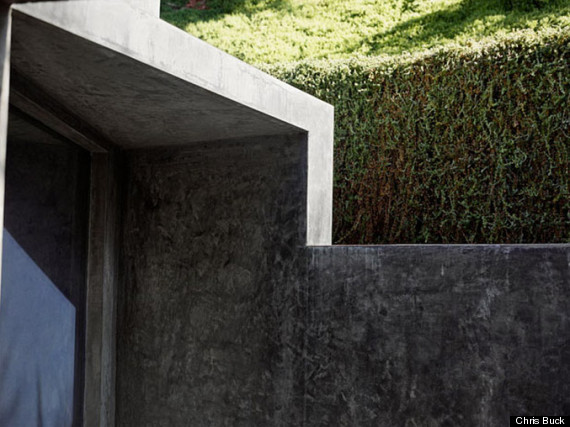 David Lynch, hiding near his office.

For his A-lister hide and seek, Buck doesn't use Photoshop to edit out a dangling foot or finger. Yet even sans digital manipulation sometimes the stars' presence manages its way into the surroundings, whether into the space or the light. The portrait of David Lynch, for example, captures a shadowy suburban patch of grass reminiscent of the opening scene of Blue Velvet. Not one to overthink it, Buck explained to the National Post: "This is Lynch’s office, so it makes sense that it feels like him." Many of Buck's portraits are taken in the subject's personal offices or homes, although a few portraits are shot at chance meeting spots.

The celebrity subjects, many being artists themselves, were excited to participate in Buck's uncanny portraits. The photographer told Coolhunting: "With Snoop Dogg he was obviously thinking about it while hiding, because afterward he quipped, 'I'm going to make a new record and we're going to have the best producer and do the full packaging but when you play the disc, there will be no sound.' Everybody on set laughed but I didn't want to break it to him that John Cage had essentially already done that."

Chris Buck's "Presence: The Invisible Portrait" will be available on September 4, 2012.

Do you find Buck's portraits mystifying or frustrating? Let us know. In the meantime try to spot your stars in the slideshow below, although we doubt you'll succeed.

You can view a clip behind the scenes of Buck's shoot here:

PRESENCE: The Invisible Portrait from Chris Buck on Vimeo. 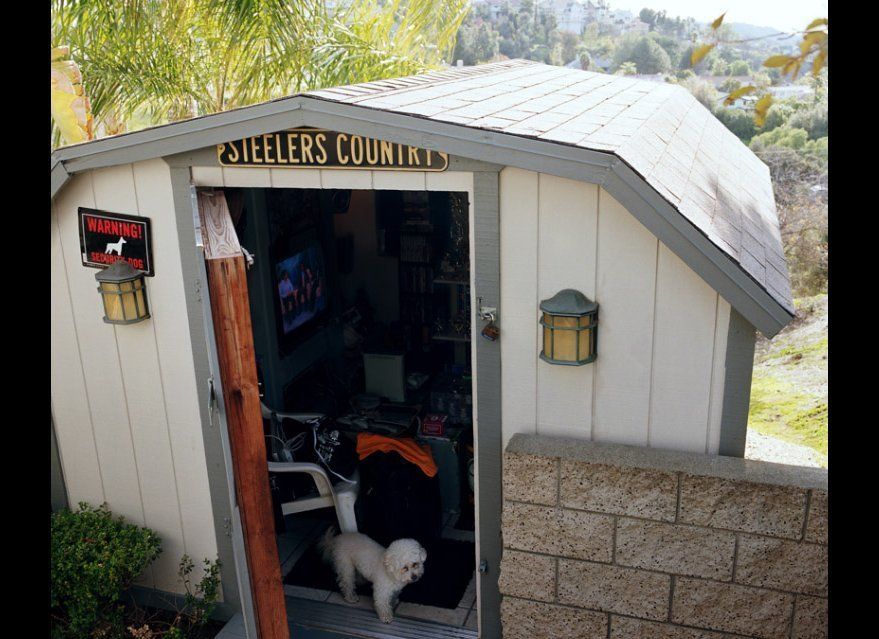