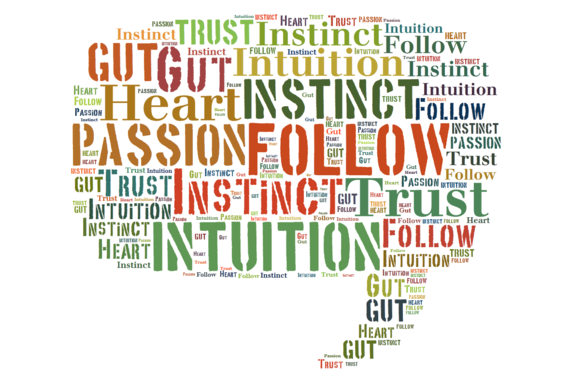 We have all been told at least once in our lives, "You need to trust your gut." The words that usually follow the word gut, when used in a sentence are either feeling or instinct. Gut feelings are typically strong and can sway many a decision. The real question is whether gut feelings are a reliable source for making choices and exercising sound judgment?

To answer that question, I would like to explore a couple of words in addition to feeling, such as instinct and intuition. In an interview by Rose Caiola of RewireMe.com, I was asked the question, "I am still having an issue distinguishing between instinct and intuition, can you please clarify them for me? They seem so closely related it's sometimes hard to tell the difference." Here's my perspective on the same question from the context of 'trusting your gut.'

Those who know me are already aware that I try to avoid debates on definitions and semantics, since we could go on for days and not get any closer to any form of agreement. On the other hand, if the distinction between words can help us raise our inner awareness and help us attain more clarity in our lives--a vital element to exercising better judgment--I will make an exception and engage in it.

So here I am launching a debate involving the terms--Gut, Instinct and Intuition. I have chosen to consciously leave the word logic out of this discussion as I am a recovering logic bigot and embracing the world beyond logic has opened so many new vistas for me and enriched my life in countless ways. 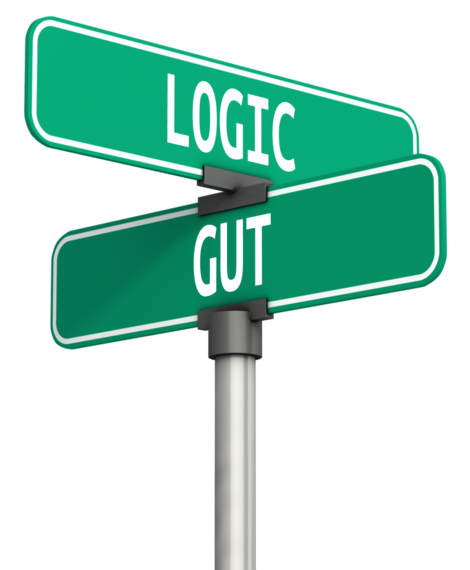 Let me share a story from over 15 years ago that will provide some context for the conversation. I was scheduled on an early morning flight from Pittsburgh to New York and while driving to the airport, I had a feeling in my gut that I should not get on that flight. To be honest, I have had these feelings before and I have ignored them. My old logical self would condemn these as garbage thoughts. This time though, the feeling was different, but I still did not know what to do. Interestingly, the traffic conditions made the choice for me by creating a jam that made me miss the flight. I later gathered that the particular flight had some landing problems in LaGuardia that day.

Knowing this information further compounded my ability to distinguish my gut. In this particular situation, I did not consciously choose to avoid that flight, the traffic jam made it possible. On the other hand, I have had several such encounters and I did not know how to handle them. Had I listened to my gut on each of those encounters, I would definitely have lost many clients or my job as a result. Over the several years that I have struggled to address this issue, the realization that I have finally come to accept is the following:
1. If my gut feeling is strong and brings a sense of urgency, drama and anxiety, I tend to ignore it, but...
2. If my gut feeling is strong and there is a sense of calm clarity surrounding it, I tend to listen and follow it.

I seem to use the above distinctions to distinguish my gut feelings and label them either as my instinct or intuition. To me, Instinct is our nature to do whatever we need to do to survive--to feed and to protect ourselves and can be driven largely by fear, greed and ego. The dictionary definition that I personally like for instinct is an inborn pattern of activity or tendency to action common to a given biological species.

When I shared my opinions in a workshop in Frederick, MD in August of 2013, I had a mother in the audience who shared how she experienced some strong negative vibes about her daughter going out with this person and sure enough something awful did happen that night to her daughter. In this instance, her gut was right on target. On the other hand, several of us parents do worry about our children and not all our worries come true, thankfully. Our intuition, I believe comes from a different space, one that harnesses the intellect beyond our own minds and being a level of solution far superior to our thinking and worrying mind.

"Intuition is the supra-logic that cuts out all the routine processes of thought and leaps straight from the problem to the answer."
--Robert Graves

While many experts consider arriving quickly at an answer as intuition, I would not consider those judgments that come as a result of experience or mastery in a given domain as intuition. In fact, Malcolm Gladwell popularized a concept called 'thin-slicing' in his book Blink, which I believe comes from massive amount of familiarity with the subject or expertise. The dictionary definition of intuition that resonates with me is pure, untaught, non-inferential knowledge.

Your intuition cannot be of help if you keep overriding it with rationalizing thoughts and convenient justifications. So, the real question is, "How do we practice to discern what our gut is telling us?" Is it based on fear, greed or ego or is it based on something close to clairvoyance--an extrasensory perception of reality?