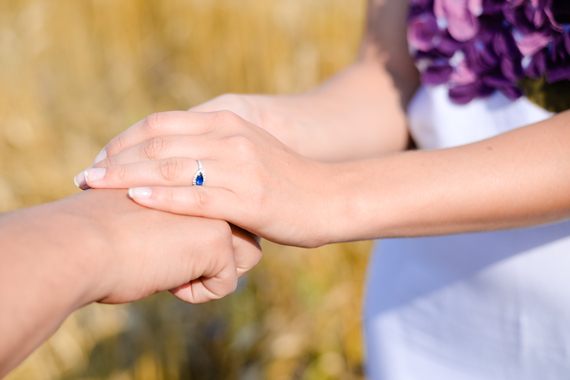 With an election cycle marked by scandals that highlight some of the cruelest, inhumane attitudes a candidate or pundit can have, there aren't too many channels left on T.V. airing positive, child-appropriate content. For previous generations of children, Sesame Street was their guide, helping kids learn to recognize letters and count with the Count all while having fun. Even as Sesame Street leaves public airwaves as an official HBO acquisition, they're still at it, this time teaching kids in this generation about empathy.

In case you missed the short video with Mark Ruffalo and Muppet Murray, empathy is our ability to understand another person's feelings or perspective. Empathy means that if we see someone else get hurt we can relate to how that might feel, and just like we'd want to protect ourselves from feeling pain we want to help that other person avoid pain, too. Our capacity to empathize with others is a powerful mechanism that roots us in community with people we love and emboldens us to transform our world into the best it can be, limiting pain and increasing happiness and well-being for all.

To what extent empathy is an innate or learned trait is still being debated by scientists. Economists have long assumed that each individual is completely self-interested and rational, always making the choice that most benefits them no matter what the cost. However, some scientists are beginning the challenge this idea, instead asserting that the instinct to empathize with others is a key element of group cohesion. Being a part of a tribe that cared more deeply for one another could be a distinct advantage if you got sick and needed to be nursed back to health, or if you needed to band together to protect your land or tribe members. Empathy led to better chances for survival, these scientists argue, more than single-minded selfishness.

Kids today may not be a part of prehistoric tribes, but the jungle of grade school and adolescence can be just as harsh and unforgiving. Understanding not only what empathy is but also why it's important can help your child avoid falling in with cliques devoid of compassion and help them identify the kind of friends who will have their back when they need it.

Drawing from a guide released by Harvard University's Make Caring Common campaign, there are a few tips kids can use when figuring out how empathic a group of classmates or potential friends can be. Does the group respect other people, even if they are different? When a clique sees someone get hurt, do they laugh at the person without making sure they're ok? Are group members willing to respect you, even if your interests are different than theirs? If the answer to any of these questions is "no," it's a clear sign that the people you're with don't have much empathy for others, including you.

Sometimes even when we know certain people are hurtful to us, it's still difficult to cut them out of our lives. Empathy can backfire, making us too accepting of another persons' choices when they harm us and leaving us vulnerable to more thoughtless treatment. Kids can learn to navigate the nuances of being empathetic. By talking with your children about empathy now, especially when they're younger, you can instill in them a respect for themselves and healthy boundaries with others that may bloom into the happiest relationships of their lives.