You've seen these photos before on your Facebook feed: if I get 1,000,000 likes my mom will stop smoking, my cancer will be cured or my dad will adopt a puppy. Or the ubiquitous invites to 'like' a page if you "are against cancer/HIV/poverty." Heck, I've even seen my aunts on Facebook like photos with prayers on them and write "amen Jesus" in the comments.

Every day I am bombarded with calls to action on my social feeds, such as the RT to #endworldhunger (RT as in re-tweet, for generation X and older). But how, exactly, does a tweet, a share, a like or a basic click of a button end world hunger, save babies or cure cancer?

The idea of becoming socially involved, connected and active by the mere push of a button has gotten a lot of slack recently. The term is deemed 'slacktivism,' which by Oxford Dictionary is defined as "actions performed via the Internet in support of a political or social cause but regarded as requiring little time or involvement." I prefer the Urban Dictionary definition: "Signing an email petition to stop rampant crime is slacktivism. Want to really make your community safer? Get off your ass and start a neighborhood watch!" But is slacktivism really that terrible, considering the amount of power it can have in connecting people?

In the words of Bob Dylan, "the times they are a changing." How we communicate these days is nothing short of a miracle. Through the push of a button, we can instantly share real time stories, fundraise hundreds of thousands of dollars for a cause, and connect with people thousands of miles away.

Our kids are being raised on a different communication platform, one that requires less face-to-face communication, yet somehow connects them to almost every corner of the world. Whether that's a sad reality or a wave of the future is another story, but one cannot deny the power and efficiency of social media in connecting people; this is the counterargument to slacktivism -- people engaged by stories that move them.

Think about the Arab Spring spreading through Twitter or the Kony video going viral on Facebook. This is how we discover social issues that your regular CNN or nightly news just ain't gonna cover. That is the brilliance of RYOT, an online news site that attaches a direct action to each news story they publish. You can sign petitions, donate, share or sign up to volunteer for a cause that directly relates to the news story you just read. I spoke with Bryn Mooser, co-founder, in a tiny shack in Venice Beach, CA where the news team is plugged in 24/7. "You can go to CNN [for your news] but that will just depress you, what if we could empower you by taking action? We want to make it so easy on our site to become an activist, that people will become addicted." Hence the term "cracktivism," which is the alternative Mooser gives to slacktivism. Studies show that smartphone users check their Facebook 14 times per day on average, so if we integrate social good into our daily habits because of the ease of clicking a button, imagine the impact we can have across millions of people connected around the world.

I also chatted with Anastasia Dellaccio, communications director for the United Nations Foundation who oversees their annual #GivingTuesday (note the hashtag in the title) campaign each November. The social media campaign in their second year alone has seen a 90 percent rise in engaged users who raise funds, volunteer in their neighborhoods, and create discussions on giving back both on and off the web. "A lot of our growth is by word of mouth...with digital media, you can create change via your mobile and that is an amazing power to have."

It's a shame that social media as a powerful tool for change is sometimes dismissed as a lazy flick of a thumb across a phone screen. There is though a caveat: Beyond liking a page, photo, or post, the real power of social media lies with personal thoughts and stories that will inspire followers to go further than a retweet and invest in causes through donating or volunteering or at least themselves share photos or content to inspire others. Rob Perry, founder of Xomad, a digital influencer company hired by large companies and organizations to spur word of mouth campaigns, notes, "A couple years ago every company and organization was crazed to collect Facebook likes.

Now, everyone realizes that far more important than a simple 'like' is inspiring individuals to upload their own photos, thoughts and shares on social media, emotionally connecting with others, thereby creating engagement and organic word of mouth in a domino like effect. Movements can be initiated by large organizations, but they will go nowhere without personalized content and locally generated engagement." One very current example is the American Heart Association's February Go Red Campaign, about which Sehr Thadhani at Edelman PR acknowledges that over 700 million social media impressions were organically generated in a matter of days, "a huge percentage of which came from genuine calls to actions by friends simply spreading the word to loved ones about the number one killer of women." (Heart Disease, in case you missed the #gored hashtag.) 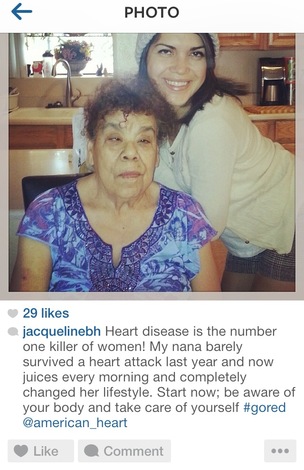 In every orphanage I visit, I meet the most amazing, adorable, beautiful kids, and every single time I wonder, what if everyone could see what I see? What if you could feel what its like to have a child you just met hold your hand the whole day or show you their prized sticker collection. Imagine if you were sitting in a car in a jungle in India, about to leave an orphanage in which you spent the past two days. All the kids are crowded around the car window shouting goodbyes, and one boy in particular is holding your hand so tight, refusing to let go, running along with the car as you pull away. 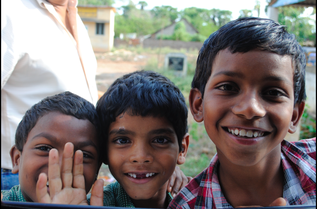 When I'm in the field for my organization, I yearn to share these moments, these emotions, with people all over the world. I want them to know what life is like for an eight year old orphaned girl in Honduras, or how our fish farm is helping her grow healthy and happy. And, what if I could also instantly show you that she is a normal, happy, funny girl, and nothing like those commercials you see on television, of sad orphaned children who are starving? Yes, she has no mother, grew up on the streets, and has lived through abuse and malnutrition -- I want you to know that too. Why do I upload photos and blog entries? I want the world to know, and if they are moved, then hopefully they can decide to be a part of our endeavors. 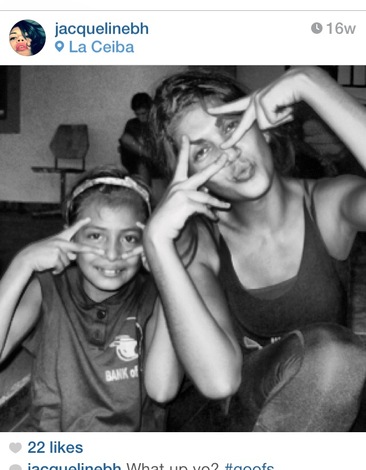 Get involved and be proactive about something that moves you -- anything, and go beyond the RT, hashtag or like. Social media, still in its embryonic stages, really can #endworldhunger.