* Emission figures signal targeted cut will be hard to hit

OTTAWA, April 11 (Reuters) - Although Canada's output of greenhouse gases was almost unchanged in 2010 from 2009, the major oil producer will find it tough to meet its 2020 emissions-cut target, government figures signaled on Wednesday.

Conservative government officials hailed the data, which showed emissions in Canada rose by just 0.25 percent in 2010 from the year before, hitting 692 megatons. The economy grew by 3.2 percent in the same period.

Canada has committed to cutting emissions to 607 megatons by 2020, a goal that critics say will be very hard to meet due to big increases in production in the oil-rich tar sands of northern Alberta. Tar sands output generates more greenhouse gases than conventional oil production.

Green activists complain the right-of-center government is ignoring the environment to focus on the needs of the oil and gas industry, and they say Ottawa has yet to produce a strategy to curb output of the harmful gases that will allow it to reach its 2020 target.

"We are still well off course for meeting our emissions target, and without a national plan we're likely to see Canada's emissions continue to grow," said P.J. Partington, a climate policy analyst at the Pembina Institute think tank.

"This challenge is especially true with the oil sands, where rapid expansion is projected to cancel out any progress being made elsewhere," he told Reuters.

Production from Alberta's tar sands is expected to nearly double to almost 4 million barrels per day by 2021.

Government officials said they were seeing good progress in the bid to reach the 2020 target - which represents a 17 percent reduction from 2005 emissions - but gave few details.

"While our continued economic recovery remains our government's top priority, today's news demonstrates that our work to balance the need for a cleaner and healthier environment while protecting jobs and growth is working," Environment Minister Peter Kent said in a statement.

The report said that since 1990, emissions have grown by 17.5 percent, while the economy has expanded by 60.5 percent.

John Bennett, executive director of the Sierra Club Canada, said the government's failure to impose a cap on industrial emissions means the 2010 figures are meaningless.

"We are reaching a tipping point," Bennett said. "Emissions must start dropping rapidly to avoid the worst impacts of climate change. Where is the sense of urgency? Where are the regulations? Where are the programs to make it happen? Nowhere."

The Conservatives were heavily criticized late last year for announcing Canada will pull out of the Kyoto accord on climate change because the country could not reach the greenhouse-gas reduction target it had agreed to in the international pact.

Wednesday's report said increases in efficiency and technological improvements continue to weaken the link between economic growth and emissions.

Fossil fuel industries showed a decrease in emissions of about 5.5 megatons between 2005 and 2010, the report said, with a 17 percent drop in natural gas production being offset partly by a 48 percent increase in oil sands output. (Reporting by David Ljunggren; Editing by Peter Galloway) 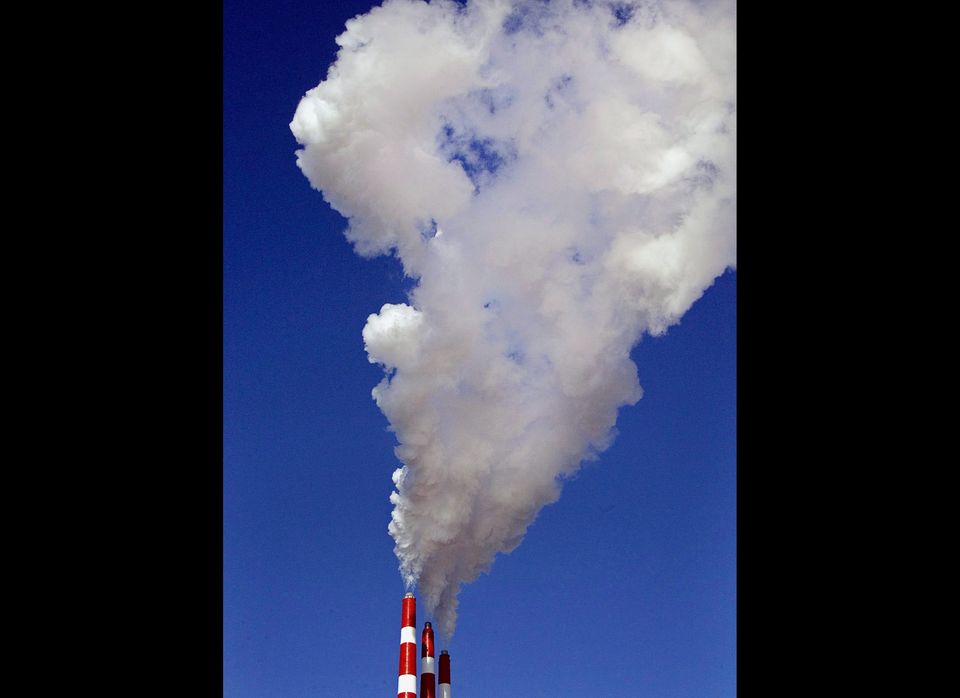 1 / 14
Best & Worst Climate Change Policies
Here's a look at the best and worst climate change policies in Canada, <a href="http://www.davidsuzuki.org/publications/downloads/2012/All Over the Map 2012.pdf" target="_hplink">as ranked by the David Sazuki Foundation</a>. All info comes from the report "All Over The Map 2012." (CP)
CP