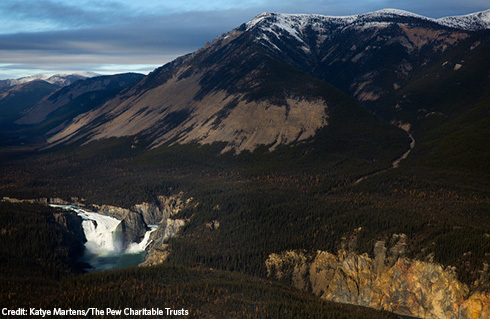 The South Nahanni River runs wild through the Mackenzie Mountains in Canada's Northwest Territories, sluicing through canyons 3,300 feet deep and churning over a waterfall twice the height of Niagara.

Tucked deep into the remote heart of the boreal forest, the river is the hard-beating pulse of Nahanni National Park Reserve, a 7.4 million-acre wilderness area every bit as pristine today as it was before the first European explorers set eyes on it in the 18th century.

In 1970, adventuresome Canadian Prime Minister Pierre Trudeau took a multiday canoeing trip down the South Nahanni, which at the time was rarely visited by anyone, let alone a national leader.

The trip had a lasting impact.

Two years later, amid the prospect of hydroelectric development on the South Nahanni, Trudeau's government heeded appeals from the indigenous Dene people and created the national park to protect the lower reaches of the river. Just six years after its establishment as a national park, Nahanni was the first site named to UNESCO's World Heritage list. And in 2013, Canada expanded the park to include the entire 350 miles of the river and its surrounding mountains and glaciers. 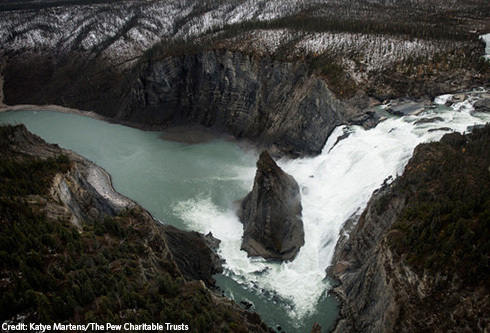 The story of Trudeau's Nahanni trip--and how it became a catalyst for action to protect the environment--is worth recalling as his son, Justin, recently elected prime minister, begins to build his own environmental legacy, a quest he jump-started during his March 10 White House meetings with President Obama.

The Canada-U.S. summit produced a welcome commitment to strengthen cooperation between the two countries on a range of important environmental issues.

The leaders' joint pledge to collaborate with indigenous communities on conservation--including recognition of the need to include "Indigenous science and traditional knowledge into decision making"--is a significant and positive step.

For his part, Prime Minister Trudeau had previously told President Obama that Canada is eager to demonstrate "a level of positive engagement on the environmental file on the international stage."

The two leaders appear ready to seize an opportunity to build on a legacy of cross-border environmental cooperation rooted in a century's worth of responsible and joint stewardship of the two nations' shared natural resources.

Together, Canada and the U.S. have invested billions of dollars and countless hours to restore the Great Lakes, rebuild Pacific salmon populations, conserve wetlands and forests for waterfowl and songbirds, and stop acid rain.

And this year, the two countries are celebrating the 100th anniversary of the International Migratory Bird Convention, a bilateral treaty that has helped protect the billions of birds that depend on both nations for their continued survival.

One of the most important--though often overlooked--shared natural assets is the vast boreal forest, which stretches across the continent from Alaska to Newfoundland and Labrador. 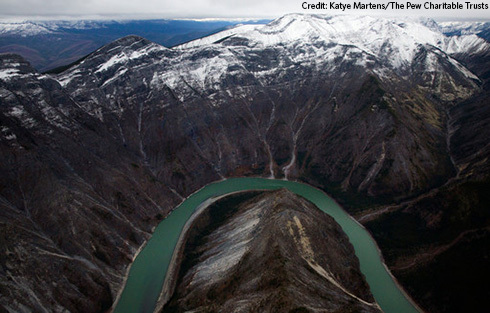 The boreal region is the largest remaining intact forest ecosystem on the planet, and provides a critical bulwark against climate change--one of the issues of central concern to the two countries. The rich soils, wetlands, and permafrost of the boreal forest store twice as much carbon per acre as tropical rain forests. In Canada, the boreal locks in 208 billion metric tons of carbon.

In the past decade, the country's two biggest provinces, Ontario and Quebec, adopted policies to protect half of their boreal regions from development, while pledging to follow sustainable development practices across the rest.

Last year, Quebec began to measure the amount of carbon stored in the province's soil, peat, vegetation, and permafrost. The inventory will help provincial leaders identify ways to limit the release of greenhouse gases such as carbon dioxide and methane. 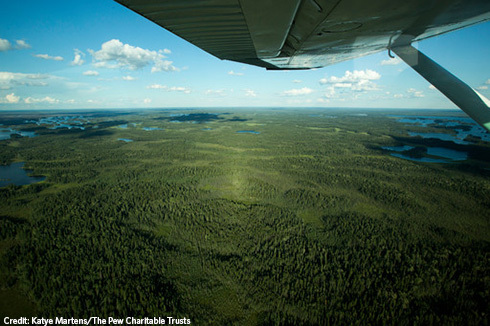 Canada's federal government, too, has taken important steps to help protect the boreal.

Last year, under Prime Minister Trudeau's predecessor, Stephen Harper, Canada finalized the creation of the 2.6 million-acre Mealy Mountains National Park Reserve in Newfoundland and Labrador. Final boundaries were also set in 2015 for a national park and an adjoining territorial park in the Thaidene Nene region of the Northwest Territories, which will protect an additional 6.4 million acres.

The Lutsel K'e Dene First Nation will co-manage the new national and territorial parks, underscoring the value of indigenous leadership on environmental policy.

"Indigenous peoples have known for thousands of years how to care for our planet," Prime Minister Trudeau said after his election. "The rest of us have a lot to learn and no time to waste."

That's something he learned firsthand when he took his own canoe trip down the South Nahanni River in 2003, more than three decades after his father demonstrated the impact that a motivated leader can have in protecting vulnerable and important wild places. 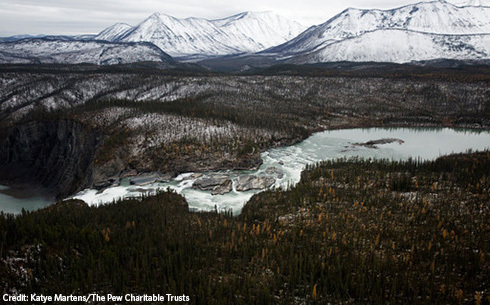 "Wilderness areas like [Nahanni] have the ability to bring people together in common cause," Justin Trudeau told the Canadian Parks and Wilderness Society-Northwest Territories Chapter following the canoe trip.

He also recalled the wisdom of the Dene people of the Nahanni region, noting that the value of the land derives not just from its potential for development but also "in the actual size and scope and purity of the land itself."

As Canada and the U.S. move now to renew their environmental partnership, that is an outlook worth applauding.