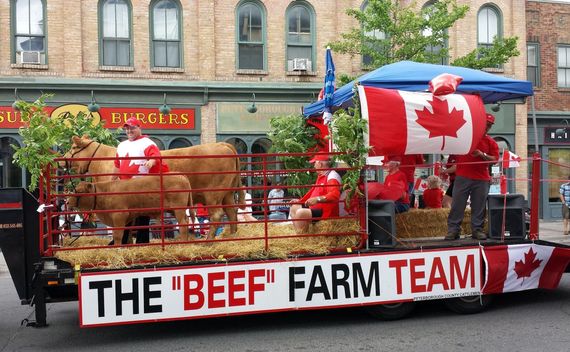 Canadian family dining restaurant Earls announced this week that they'll be sourcing all their beef from Certified Humane suppliers. To meet demand, that supplier is in the US. Canadians are not taking the news well.

Earls has 65 restaurants scattered across Canada, with a few venturing over the border into the US. The company serves more than two million pounds of beef each year, and has a whopping 25 locations in beef-happy Alberta.

Plus: Farm Confessional: Here's My Beef with Farmers Who Claim Organic When They Are Not

The company has taken steps towards sustainability in recent years, partnering with the Vancouver Aquarium to offer less damaging seafood, but the new announcement has scored more publicity than Earls has ever experienced before. 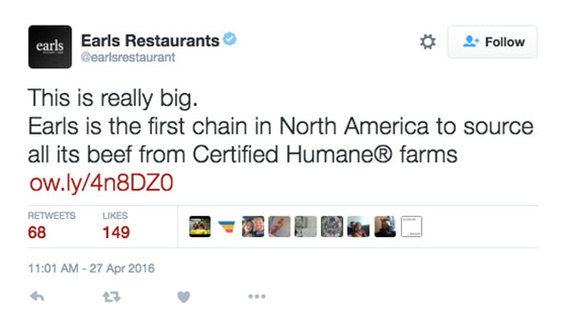 The company has declared that all its beef will now be certified humanely raised, with auditing from Humane Farm Animal Care. This sort of certification ensures that animals have clean water, outdoor access, more space per animal, reduced stress due to the elimination of cattle prods, and are not injected with non-medical antibiotics or hormones.

Plus: The GMO Labeling Fight Now Belongs to a Fifteen-Year-Old Girl

According to the Earls site, the company was not able to source enough beef with this certification in Canada, and so turned to Creekstone Farms, in Kansas. This has completely outraged some Canadians, especially those from Alberta, a province sometimes referred to as "the Texas of Canada" for its conservative politics and cattle and oil industries.

Albertans have taken to the internet to protest what they see as "a slap in the face" to Canadian beef suppliers. From Twitter: 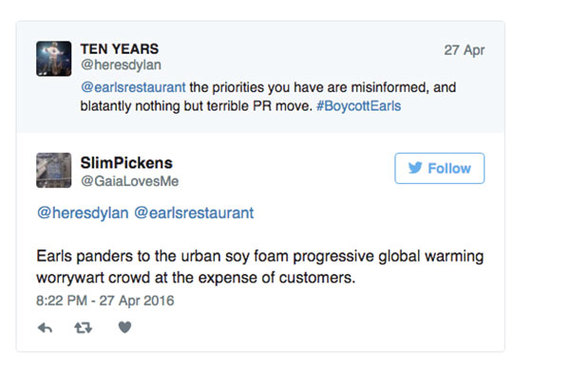 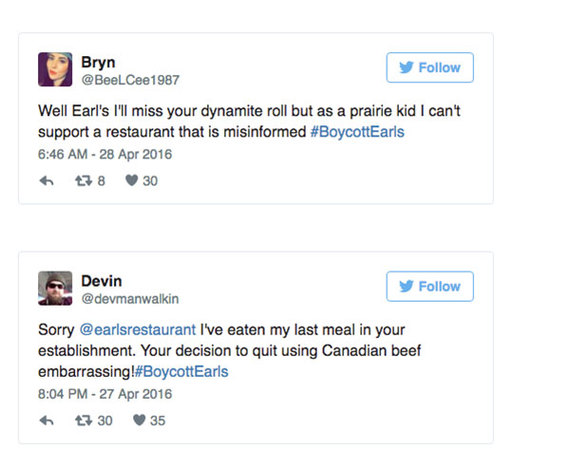 Some of the outraged have gone even further, taking to the Wikipedia page for Earls Restaurant and editing it to throw stones at the company's decision. Here's a screenshot, taken at 2:00 pm EST (timestamp included because it's likely the page will be re-edited):

Recently Earls announced they would be sourcing all their beef from a Kansas company that claims to be "Certified Humane". The CH moniker is a marketing tool that means absolutely nothing, but Earl's thinks their hipster customers will lap it up. Their action is a slap in the face to Canadian beef producers who have raised beef humanely for decades. The hashtag #BoycottEarls is trending Number 1 at this writing. Most Western Canadians will be dining somewhere else.

For what it's worth, "Certified Humane" is not a legal term, as "organic" is; no government agency inspects or requires that beef labeled "Certified Humane" adheres to any particular set of laws. That said, third-party organizations like the American Humane Society create their own rules to fill that gap and issue certification to suppliers that meet their standards. It's not meaningless, but it isn't law, either.

At the time of writing, #BoycottEarls is trending on Twitter, though a pretty substantial number of tweets using that hashtag are mocking those using it earnestly.