Just when we thought policymakers were serious about addressing climate change, we read in The Washington Post that the US State Department has approved the construction of a new petroleum pipeline with the sole purpose of importing Canadian tar sands oil to the US. As the Renewable Fuels Association noted in August (see photo below), the environmental footprint of tar sands (carbon emissions aside) is very damaging, to say the least.

In justifying its surprising decision, the State Department claims, "Approval of the permit sends a positive economic signal, in a difficult economic period, about the future reliability and availability of a portion of United States' energy imports, and in the immediate term, this shovel-ready project will provide construction jobs for workers in the United States." And concerns about the environmental impact? Here's what Deputy Secretary of State James Steinberg said: Concerns about "higher-than-average levels of greenhouse gas emissions associated with oil sands crude" would be "best addressed in the context of the overall set of domestic policies that Canada and the United States will take to address their respective greenhouse gas emissions." We can be sure that will play well with climate policymakers in China and Saudi Arabia who have been resisting limits on their carbon emissions.

Most Americans have come to understand that relying on increasingly environmentally unsustainable imports of petroleum is not a long-term solution to our energy or greenhouse gas emission problems. But, based on its tar sands pipeline decision, it's clear the State Department hasn't gotten the message.

And neither has, or so it appears, the US Environmental Protection Agency. Acting without a solid scientific or policy basis, the EPA is not only ignoring the vast environmental, greenhouse gas and land use impacts of petroleum production such as tar sands, but is in the process of creating roadblocks for the development of American biofuels, a much cleaner domestic alternative. How illogical and contradictory is it to hold US biofuels to an impossible standard and then turn a blind eye to tar sands? And why would we trumpet creating jobs mining tar sands in Canada, while trashing a renewable industry creating jobs in the US. In promulgating a rulemaking that would make it more difficult to produce biofuels in the US, the EPA has shown surprisingly little concern over the expansion of tar sands production. In its Notice of Proposed Rulemaking, the EPA stated "...our preliminary analysis suggests land use impacts of petroleum production for the fuels used in the US in 2005 would not have an appreciable impact..." Based on the evidence, this claim is not just nonsense, it is dangerous. 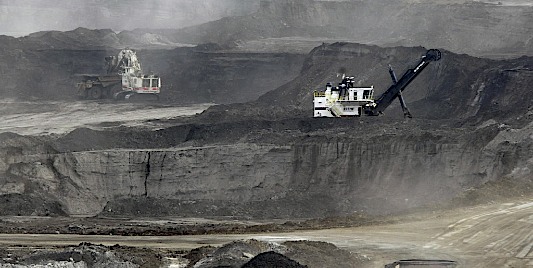 Not only is tar sands-based petroleum production environmentally damaging, so too is refining this heavier source of crude oil. According to the Chicago Tribune, "researchers have calculated that refining the Canadian petroleum produces 15 percent to 40 percent more carbon dioxide emissions than conventional oil."

Clearly, tar sands excavation involves significant environmental damages -- with regard to land, water and air. If massive tar sands excavation doesn't have a disruptive effect on land use in Canada, that will be news to many environmental organizations both here and in Canada. In the Post story, Sarah Burt, an attorney for Earthjustice said, "By approving this pipeline, we are committing to another generation of dependence not only on fossil fuels but on the dirtiest, most greenhouse-gas-emitting fossil fuels. We thought that the Obama administration would walk the walk on this, but it appears that that's not happening."