When Laurel Borowick learned she had breast cancer in 1997, she didn’t join an online community for support. She went door to door. “I literally rang doorbells,” Borowick said, describing her strategy for reaching out to others with the same diagnosis. “‘My name is Laurel and I have breast cancer. So-and-so told a friend of mine that you have breast cancer. I found this great doctor.’”

Borowick, an attorney and self-described “research person,” was proactive following her diagnosis at age 42. She opted for a mastectomy and chemotherapy, and then overhauled her lifestyle. She read voraciously about breast cancer and asked every question she could think of. It seemed to pay off. Her cancer went into remission for more than a decade -- only to resurface in her reconstructed right breast in 2009. Around this time, her daughter Nancy approached her with a question: Could she document her mother’s illness for a school project? Borowick agreed. But the years that followed were complicated. Borowick’s cancer went into remission and then came back in 2011. And in 2013, she learned that it had metastasized and spread to her brain.

While it’s true that women who are diagnosed with breast cancer are living longer than ever (mortality rates have dropped 25 percent since 1990), survival statistics can mask the plight of women with stage IV metastatic cancer.

“It isn’t easy to face someone with metastatic disease, especially if you’ve had cancer yourself,” Peggy Orenstein wrote in New York Times Magazine last year. “Perhaps for that reason, metastatic patients are notably absent from pink-ribbon campaigns, rarely on the speaker’s podium at fund-raisers or races.” Orenstein notes that even when the Susan G. Komen Foundation featured a woman with stage IV cancer in a 2012 awareness ad, the message was relentlessly positive: “Although, today, she has tumors in her bones, her liver and her lungs, Bridget still has hope.”

While Nancy’s black-and-white photo series of her mother certainly has elements of hope, the photographs also depict the tough reality of living with cancer on a daily basis. The series, called “Cancer Family, Ongoing,” caught the attention of the New York Times last October and reader responses poured in. We spoke with Laurel Borowick a year after the Times first published her daughter’s photos: 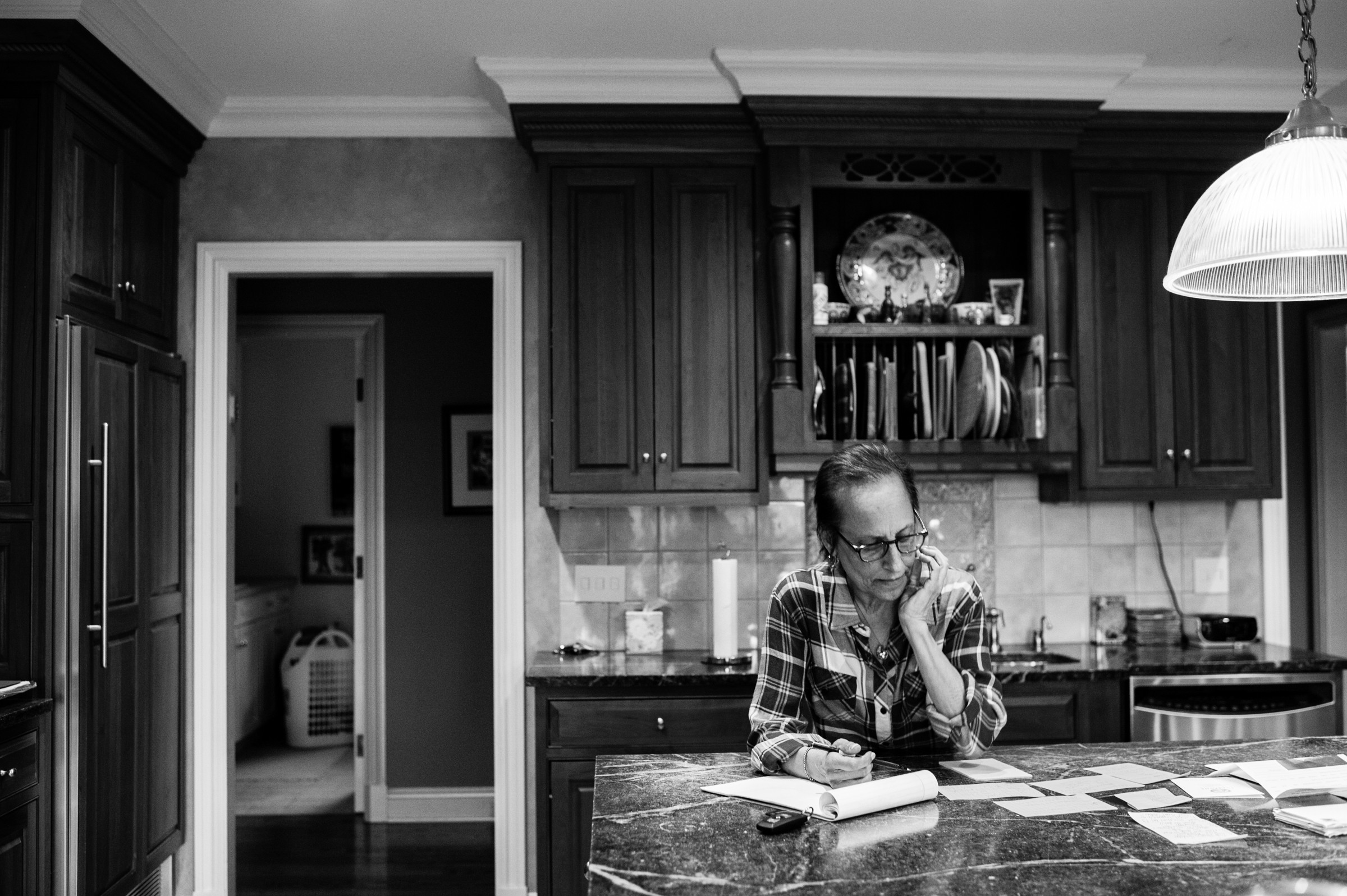 Q: It’s been almost 20 years since you were first diagnosed. Has anything changed in the way you relate to other women with breast cancer?

A: There’s a very big difference between being first diagnosed (your first experiences, the first year of treatment, evaluation and everything you go through as a newer cancer patient) and having a recurrence.

Even having a recurrence and having metastatic cancer -- which means that cancer cells have migrated into different parts of your body -- are quite different experiences. Your reaction and how it affects you is different. How you look at things is different. It’s a whole different world. Being in the place I’m in now, I think that’s what sometimes makes the hair on the back of my neck go up when I read what you call "pinkwashing" articles. There’s this sense of, ‘Oh, we’ll treat it! You’ll be cured and everything will be fine! You’ll just go on! You’ll do bigger and better things!’ It’s like, what the hell are you talking about? I’m all for finding the good things in life -- finding the joy and the positives -- that’s who I was before I had cancer, anyway. But it’s just very different.

Q: How would you describe "pinkwashing" to someone who has never had breast cancer?

A: It’s this idea that there’s a route that most people take when they are diagnosed, and it’s simple and easy. You just have to be a warrior and fight your way to the cure. In the 17.5 years that I’ve been dealing with breast cancer, I didn’t feel like a soldier or a fighter. I felt like somebody who had a bad illness that could kill me. It really wasn’t so much about having two beautiful breasts, as the gritty day-to-day of dealing with the treatment and its side effects. That could be learning how to live with a portacath; or learning how to deal with drains for several weeks a month; or learning how to deal with a lot of diarrhea or constipation. I’m not going to have hair for a while. I’m not going to have eyebrows or eyelashes. Unless I put a lot of time into looking ‘normal,’ I’m going to look like I’m sick. When you’re going through chemotherapy, losing hair is a typical side effect. It’s every single day. You can always wear a hat, but there are places you go where you can’t. You’re going to someone’s wedding. You can’t wear your baseball hat. It sounds so stupid. But it’s the day-to-day of having to figure out how you are going to handle that.

Q: Did your legal career affect how you advocated for your health over the years?

A: I was so excited to share my knowledge with anybody who might need it. It was my way of trying to help. This was also back in the late 90s, so maybe things are different now, but I also learned from that experience -- not every person wants to share. A couple of people said, ‘It’s personal. I don’t talk about it.’

Honestly, that never occurred to me. I was floored when one woman, who I actually knew fairly well, said to me, ‘My husband doesn’t know.’ I don’t even remember how I happened to know! It was like a big secret. I remember, for a couple of days, just being in shock. How could that person not share with the people closest to her? Then I realized we’re all different. And that’s okay. At first, I think I went through a sense of being a little angry. How could you be a female in 1997, and not want to share with your sisters and get help from other women? It taught me a very big lesson. Everybody handles cancer differently. To some people it was very personal and private. 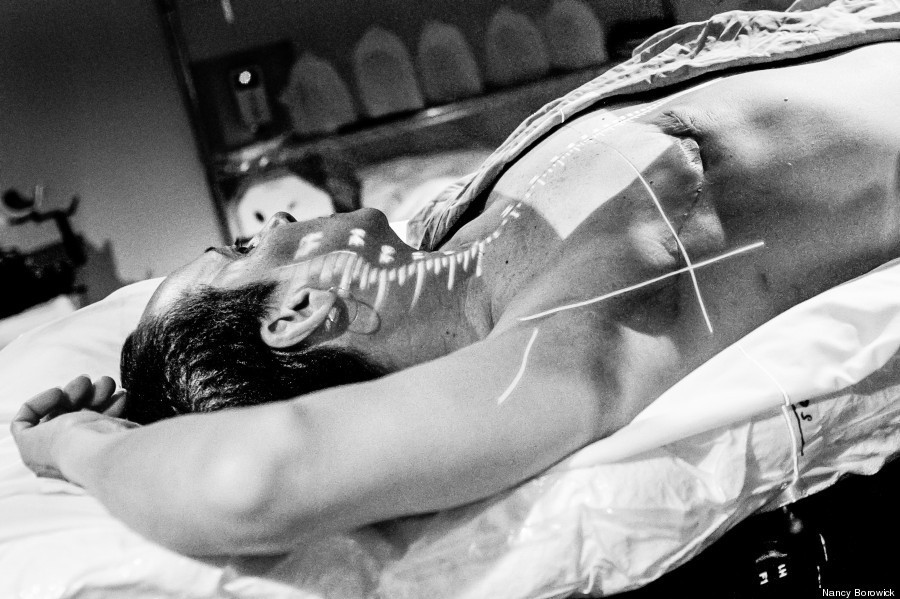 Q: Are there any misconceptions about breast cancer? Anything you wish more women knew?

A: From day one, I was researching and trying to get information from every possible source. After I had a mastectomy and a reconstruction -- and the kind of mastectomy I had, they basically took everything out -- my understanding was that I may have a recurrence down the road, but it probably would be in a different part of my body, or in my other breast. It never occurred to me that cancer would come back in the reconstruction. After the reconstruction, I had a period of years that I was asymptomatic, supposedly cancer-free. I still went for my mammogram. I still went for all of my checkups. Everything was always clear and clean. I was pretty much in shock when the cancer came back. Afterward, I talked long and hard with medical people. They were like, “Sure, cancer can come back in a reconstruction.” But I felt like that piece of information had not been out there. I don’t even know if it’s out there now. Later, I found out that lots of women have cancer come back in the same breast, or a different part of it, or in the reconstruction. I was certainly not the only one. But the only thing I ever read about reconstruction was how to live with it. How it can be beautiful or not beautiful. To me, the other part is way more significant. That’s somebody’s life.

Q: Nancy’s photo series is so striking and personal. It resonated with many people -- including me. How do you feel when you look at the series?

A: Nancy had a couple of pictures that were literally of my chest when I was having scans or getting radiation. I had to get used to looking at those, because my very first reaction -- knowing that she was going to use them in an exhibition and knowing that she typically would blow up some of the pictures -- was that the general public was going to see my breasts. To me, all of that is still private, which is ridiculous, because it’s not after all of the treatments and I’ve been through. But I heard Nancy talk about the project, and saw the response to some of the pictures, and little by little, instead of seeing my private parts exposed, there was the sense that it was a good thing. It could possibly have an effect on someone who was frightened or felt alone.

It also meant so much to Nancy. Having this project has helped her on some level emotionally. It’s also put her in the mix of the grit. I think it gave her an understanding and a closeness that would really be hard to have unless you were there as much as she was there. Nancy’s project for me has been a metamorphosis -- seeing something and beginning to see it from a different angle. It’s all how you look at it and how you explain it to yourself.

Q: How did readers react to the photos that ran in the Times?

A: These aren’t the types of conversations that typically come up at a dinner party. We don’t tend to talk about our illnesses (or our parents’ illnesses or our children’s illnesses), as much as we see them on TV or in the movie of the month. When the piece came out, many people said that they liked it or loved it, but many more people actually shared their own stories, which really was meaningful to me. We don’t seem to have too many release valves, and yet there seems to be such a wealth of stories. We got telephone calls and letters, so many people wanting to reach out and connect and share, which was wonderful. It was a support network for me and for them. It went both ways.