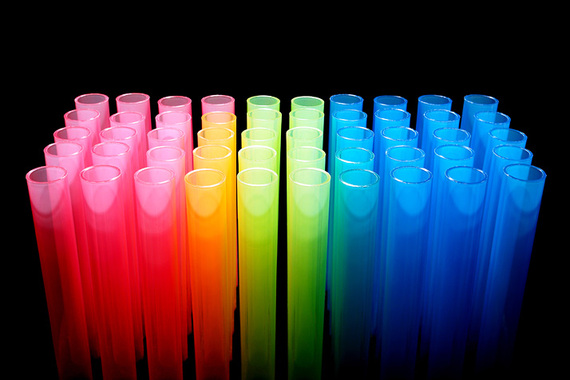 To hear the words "cancer" and "cure" in the same sentence from experienced cancer researchers is both breathtaking and unexpected. Researchers and top oncologists are usually cautious to a fault.

To hear that Congress is again trying to squeeze cancer research budgets is breathtaking but predictable. They've become frugal, also to a fault.

Such is the cruel irony facing cancer patients and researchers today.

Building on over 50 years of scientific progress, research leaders from cancer centers across the country are achieving stunning results that have led even the most guarded of them to use such formerly forbidden words as "breakthrough," "miracle," and "cure" in describing patient reactions and the potential outcomes of their virology and immunology cancer work. Much of this work has been supported by federal grants (National Institutes of Health, National Cancer Institute). Along the way, the continuance of many promising ventures has been jeopardized by Congressional refusal to sustain funding, even for breakthrough projects whose outcomes are already exceeding clinical expectations.

Virology and immunology research sounds mysterious but can be described in simple terms. Most cancers have mechanisms that make them invisible to the body's immune system. In other words, the immune system can't recognize them as dangerous and so doesn't attack them.

Researchers are now genetically modifying viruses that -- if left unchanged -- would have had the power to paralyze or kill their hosts. The genetic modifications turn formerly harmful and even lethal viruses (such as measles, polio, rabies, and HIV) into therapeutic agents. Rather than harming normal cells and spreading disease throughout the body, modified virus particles or virus-infected cells (in the case of HIV) are injected into solid tumors or delivered intravenously into the blood stream.

William C. Phelps, Ph.D., Director of Preclinical and Translational Cancer Research at the American Cancer Society, describes recent research developments as "one of those scientific situations where two fields (virology and immunology) collide to provide a breakthrough. Fifty years of studying viruses in excruciating detail has allowed us to understand how to engineer viruses in clever and useful ways to accomplish what immunotherapy needs to create cancer-fighting weapons."

Some of these therapies inject direct cancer-killing "oncolytic viruses" directly into tumors while others stimulate the immune system to recognize and attack the cancer cells. Dramatic clinical trials of such new combination therapies are underway at leading cancer centers nationwide with patients who have exhausted traditional therapies for recurrences of potentially lethal cancers. A sampling of these include:

Similar work is also underway at other cancer centers across the country but may have received less visible press coverage. Many of the resulting therapies could -- if current outcome trends continue -- be eligible for "fast track" or "breakthrough" designation by the Food and Drug Administration (FDA). Both of these FDA programs offer a framework for accelerating broad market approvals.

"So what?" you might ask. "Doesn't this show that we're winning this war?"

On the contrary, much of this breakthrough work is still in the research pipeline and not widely available. Statistics from the American Cancer Society show that the need for such treatments is still greatly outstripping their availability.

In this country, over 1.7 million people are diagnosed with cancer and almost 600,000 will die each year. There are currently almost 15 million survivors, many of whom worry about whether their cancers will return. Millions more, both patients and family caregivers, are in the midst of prolonged treatments and unpredictable disruptions of their work and family lives. The costs to the economy in health care expenses and lost work time are massive.

You don't have to use the word "cure" to appreciate the possibilities. Evidence exists that the dramatic life-saving impact of the newest cancer care treatments can generate massive cost savings if the nation would commit to making "cancer-free" a more common outcome of cancer therapies that are available to an ever-increasing number of patients.

As a nation, we've proven our willingness to defend our homeland against external threats through military defense spending. Perhaps comparable medical defense spending could advance our internal war against cancer. By "piling on" and intensifying research funding now, through increased Congressional support of NIH cancer research budgets, we could finally break the cruel irony of under-funding potential cancer breakthroughs.