Rebecca Nellis is the chief mission officer for Cancer and Careers in New York City. Since 2004 she has helped evolve the organization from early concept to national prominence. She now oversees all mission-driven initiatives, including the long-term strategy and growth of its many programs and services. As an expert on cancer workplace issues, she travels the country speaking at national cancer conferences and community events about the intersection of life, work and cancer. She also was a co-founder of and director at Collective Hole Productions, an independent theater company in New York City. She holds a Bachelor of Fine Arts from New York University and a Master of Public Policy degree from Georgetown University.

Would I be right in thinking, based on your Master of Public Policy degree, that you knew early on what sort of work you wanted to do?

Actually, no. The MPP degree happened relatively recently because I felt I wanted to add to my arsenal and go back to a space where I would be challenged to think and do things that don't come naturally to me. I didn't want to leave my job so I did both at the same time, which was mildly insane.

But I always had an interest in the not-for-profit world, being mission-driven. However, my first love was the theater. I studied theater at NYU as an under-graduate. I think it equipped me for all sorts of things that are unexpected in the work world. 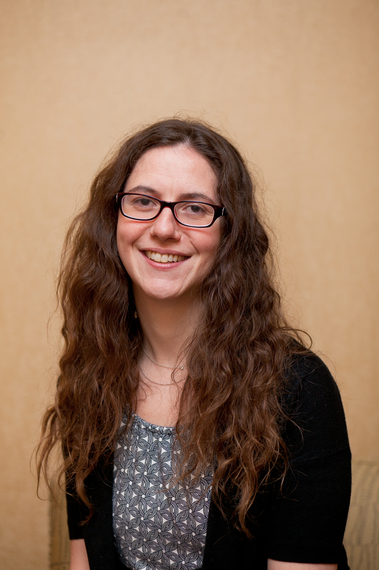 Then I bounced around for a while. I would work for a while and then travel for three months at a time. And then I answered an ad for a part-time, maternity-leave cover position at Cancer and Careers 11 years ago.

I was doing a couple of other things at that time. I was working part-time at a dance foundation; I was teaching a children's theater class; I was taking a graduate history class. And I took the [Cancer and Careers] job because it was going to round out paying my rent for the six months that those things were all happening simultaneously.

Then it turned into the current version of my life's work. It was an accident that turned out great.

But you didn't leave the theater behind, did you?

It's been a few years now but I actually started a small theater company in 2006 with a collaborator. We did four shows in five years and then I went to graduate school. So something had to give. It wasn't possible to do the theater company, do my job and go to school [simultaneously].

Can you tell me about Cancer and Careers' mission and about your role there?

Cancer and Careers was founded 14 years ago, so I've been here for all but three of its years. It's the only program of the Cosmetic Executive Women [CEW] Foundation. The Foundation is the philanthropic arm of CEW Inc., a trade organization in the beauty industry that turned 60 last year. Over time they decided that philanthropy was part of their mission to develop women leaders in the industry. Before Cancer and Careers was started, CEW Foundation was a grant-making organization. It did an annual event and donated the proceeds to women-related non-profits in the New York City area.

But around 2000 five CEW Inc. board members were diagnosed with cancer at the same time. They all turned to the president because these were women who broke glass ceilings and excelled in an industry geared toward women but not traditionally run by women. They didn't want to give up the work they did but the couldn't find any information about the work piece [of cancer treatment]. They had access to medical information, of course, but where was the work dialog in the cancer experience?

It was a light bulb moment for Carlotta Jacobson who was (and still is) president of CEW Inc. She felt the mission of the foundation could be to address that question of what happens to your work when cancer comes into your life. From there she hired our executive director, Kate Sweeney, and together they imagined a website written with a consumer magazine voice for working women with cancer.

So it addressed questions like what to share and how to develop an action plan. The website launched in 2001 along with the program. When I was hired I was the third staff member and, again, it wasn't supposed to be permanent.

How has the organization evolved since you joined?

We listened to our audience and we got smarter. We built our own expertise over time so the program has gone from an information resource that was mostly static, on the web or in publications, to a more dynamic website with tools like "Career Coaching." We also have a wide range of in-person events and programs. We've changed some things over time and eliminated some things we felt weren't effective.

We've tried to raise the issue of work and cancer into the public consciousness and the lexicon of things you might want to think about. Honestly, a diagnosis brings not only a mortality crisis but also an identity one for many people. Work is so closely aligned with who we are and how we learn about and judge each other that there is all this rich, emotional, psychological stuff happening as well as super practical problems that arise when you're trying to figure what to do about work or get back into the work world.

What's the first hurdle that usually needs to be overcome? Is it "Will I be able to keep my job?"

The most common question we hear from job seekers is how to explain the gap in their résumé and whether they should explain it by talking about their cancer experience.

Is there a pat answer to that?

I'm going to use my "if I was a lawyer" answer and say it depends. In real terms, particularly in an interview, an employer can't ask you anything about a health issue. It comes down to the person. There are plenty of survivors who just can't imagine not articulating it as part of their life. But you can't know what the person on the side of the table brings to the conversation, so typically we tell people to think it through and decide on a case-by-case basis whether or not to talk about it.

We offer techniques and tools to think about in advance of going into an interview or writing a cover letter that will help you just be a savvy candidate instead of a savvy cancer-survivor candidate. I would never tell a person who can't imagine not sharing the information to go against who they are. I might suggest they wait until a certain point in the interview process.

It's a bit like dating: In your online profile you don't necessarily share all your annoying habits. You're waiting for the marriage proposal before you share some of the more complicated things about you. There's a sense in this community that they're responsible for sharing more than other people feel they need to. People don't go into job interviews and share that they're diabetic or that they have a heart condition. I just typically don't think the resume or the cover letter is the place to share because you have no opportunity to show someone how alive and talented and gifted you are.

Do you think getting back into the workplace is harder for women than men?

In many ways it's similar and in a couple of ways it's different. I don't know that it's harder or easier for either but there are examples of men who feel that by virtue of being a male and of [stereotypical] "manness" that they are in a vulnerable place and that makes it harder for them.

But we've worked with women who feel that way as well. The cancers that are most common and most talked about are different in relation to men and women. Breast cancer has been demystified and is not sexual any more. But I don't imagine many men are excited about going to work and talking about testicular cancer. People are different as are work places and cancers.

It must be both rewarding and draining to be dealing with people who find themselves in crisis and in fear. What's your experience?

It's almost entirely rewarding and I feel that in some way I'm just a tiny cog in the wheel, trying to make the world just a little bit better.

I've always cared about unfairness. I never understood it; it was a real issue for me. As a kid, I didn't understand racism, how you could look at someone and only see the differences. So this issue resonates with me. Why should someone be seen as diminished because they've gone through or are going through [a battle with cancer]? It's unfair and it's a driver for me.

What's emotionally draining is when you find yourself in your non-work life talking about your work life and someone takes that opportunity, when you aren't expecting it, to tell you their whole story. That's hard because then there are no lines. I would never 'not listen' but it changes that experience.

Certainly there are hard, hard, hard stories to hear. But there also are incredible ones. I get to see the best in people.

What have learned in your work at Cancer and Careers that has helped you in your non-work hours?

I think that I know life is short and that spending it doing things that don't contribute to your overall wellbeing, whatever that might be, is wasted time. I'm not always good at that, but I know that.

When I'm making a mountain out of a molehill in my non-work life, I remind myself what a real mountain looks like and try to put it in check. I think I handle irritating moments differently now because life is short.