Candace Bushnell, the writer of an essay collection that turned into beloved television show "Sex and the City" -- known for the glammest girl squad to walk the streets of New York -- still has a lot to say about being single in the Big Apple.

In an interview with HuffPost Live on June 23, Bushnell discussed her new book, Killing Monica, and got real with host Nancy Redd about living the single life.

"I think being single is harder [than being married]," Bushnell said. "If you’re a single woman people are always asking you 'Are you dating?' 'When are you gonna meet someone?'...Once you are married, it’s like you’re safe. People know your story. When you’re single, you’re not quite safe. People don’t quite know your story.” 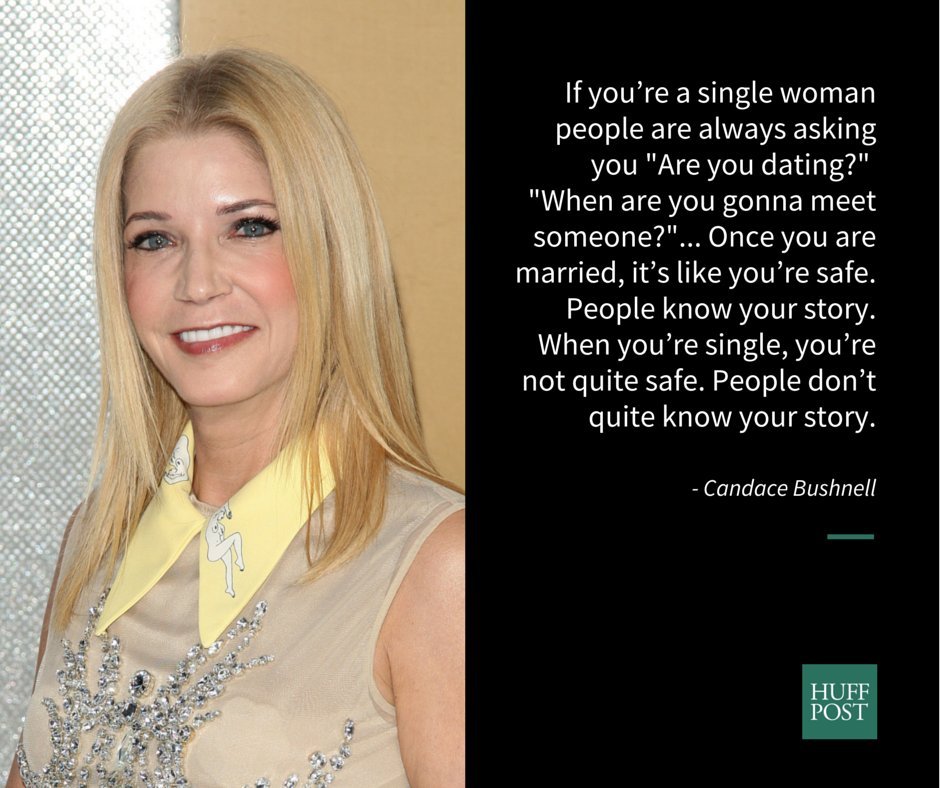 The fabulous single ladies of "Sex and the City" couldn't agree more. In an episode called "Bay of Married Pigs" from the first season of the show, the women talk bluntly about how difficult life can be for a single woman in a couple's world. Charlotte says, "I hate it when you're the only single person at a dinner party and they all look at you like you're a..." As her thoughts trail off, each of her three friends offers a word to finish Charlotte's sentence:

The single life can be hard for anyone, yet women face a special kind of sexist stigma if they haven't put a ring on it. One of Bushnell's grievances with being a single woman is the constant interrogation -- with questions that are only asked to women. "I’ve been asked so many questions about my relationship status and my sex life, and it is true these are not things that we would ask men."

We've all been there -- hounded by nosy busybodies who only care about who we're dating right now. Though Bushnell points out the persistent problem that "usually women’s value is in conjunction with somebody elses," women are more than just a relationship.

Bushnell references Killing Monica when talking about the burden of being a single woman in our society. She says, "It reminds me of a little passage in the book when [the main character] Pandy wonders why the world doesn’t celebrate the self-made woman." It's time that the world starts "celebrating women for their singular talents and contributions" -- starting with asking women questions about themselves rather than their (existent or non-existent) significant other.

Candace Bushnell: 'I Still Think Being Single Is Harder'
How To Survive Wedding Season Single 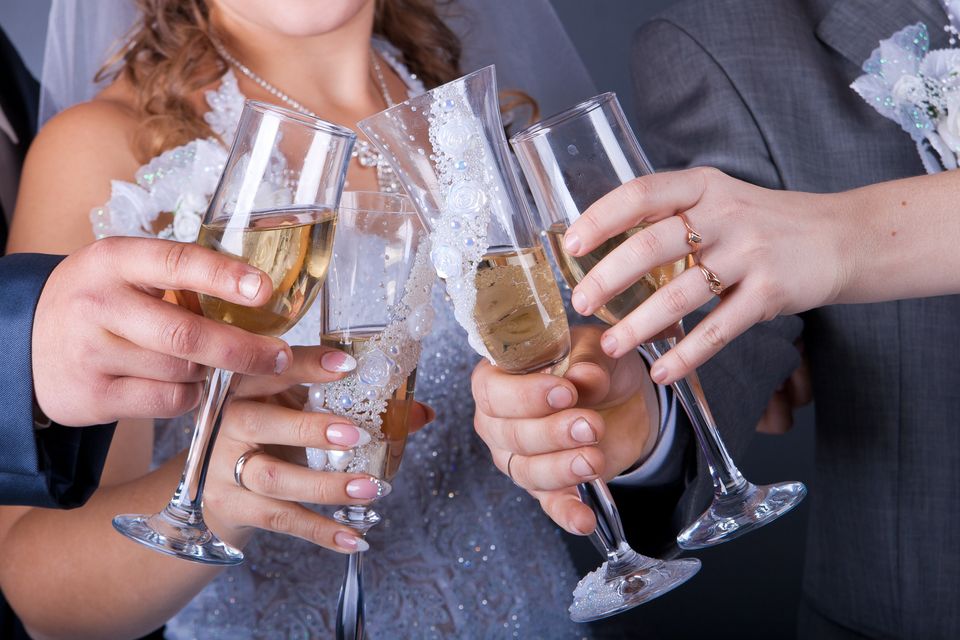 1 / 10
Don't Hide
Weddings can be fun for everyone, and if you're not in the mood for lovey-dovey romance, use this as a opportunity to network. Try to meet as many new people as possible, says <a href="http://www.marriagematerial.co/" target="_blank">Dana Michel, CEO of dating site Marriage Material.</a> "In fact, you should set a goal of how many new people you intend to meet during the celebration."
Shutterstock / MarishaSha