Candace Nelson didn't invent red velvet, but she may as well have. Nelson and her now world-famous brand Sprinkles Cupcakes is the reason that the chic red velvet cupcake has become more a symbol of Beverly Hills, Calif. than it has of its Southern Civil War roots. Locally, her flagship cupcake bakery stands as one of Beverly Hills' longest daily lines, but sugar fiends from all over the globe can rest assured that new stores are cropping up everywhere, including new cities in the U.S. and ten new locations in the Middle East.

Besides growing a global cupcake empire, Nelson is a star judge on The Food Network's "Cupcake Wars" and debuted her Sprinkles Ice Cream shop, as well as a cupcake vending machine, in Beverly Hills this past summer, located next door to the cupcake bakery. Sprinkles' most recent LA addition is a counter at The Grove. We were wondering what took them so long.

Nelson's cupcakes have gotten love from The Oprah Winfrey Show, Bon Appetit magazine, Food & Wine, The New York Times, Los Angeles Times, Good Morning America and have even been written into HBO's show "Entourage." In between tapings, tastings and testings, HuffPost LA chatted with the Sprinkles queen about a failed flavor, how she doesn’t get fat and why nothing will ever replace the cupcake. Read the interview in the slides below.

PHOTO GALLERY
The Tasty World Of Sprinkles Cupcakes
Download
Calling all HuffPost superfans!
Sign up for membership to become a founding member and help shape HuffPost's next chapter
Join HuffPost 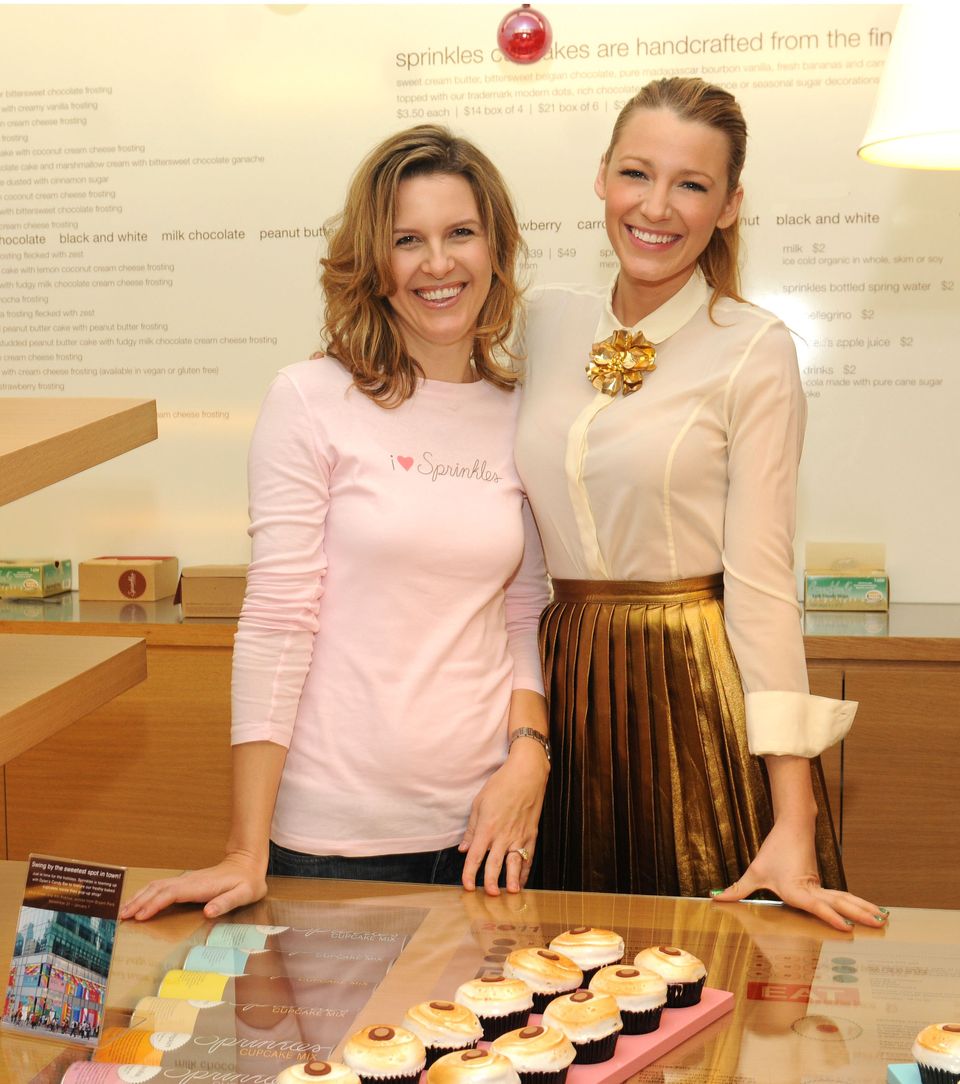 1 / 20
HuffPost: First thing's first: how many cupcakes do you eat a week?
Nelson: It depends on the week! Currently I am finishing season 8 of "Cupcake Wars." I taste 13-15 cupcakes per day on set. When I'm doing recipe development, the tasting is constant. On a more typical week, I try to rein it in to a few cupcakes per week. <em>Pictured: Candace Nelson & Blake Lively</em>
Sprinkles