It wasn't so much the new line of Victoria's Secret swimwear that had people buzzing on Wednesday, but Candice Swanepoel's noticeably-thinner frame, according to New York Daily News.

Dietician and eating disorder expert Marisa Sherry remarked to CBS News, "I think it's sad. I think Victoria's Secret was always a company that highlighted women's bodies and curves with sex appeal. But over the last few years they have been criticized for accepting thinner and thinner models. And this is a perfect example."

It's true that from some angles, Candice looks like she might have shed too many pounds, but in other photographs she appears to be just slightly smaller than Alessandra Ambrosio and Adriana Lima, both of which have had babies in the last couple of years. Remember, we're operating on a scale of 1 to Model, here. 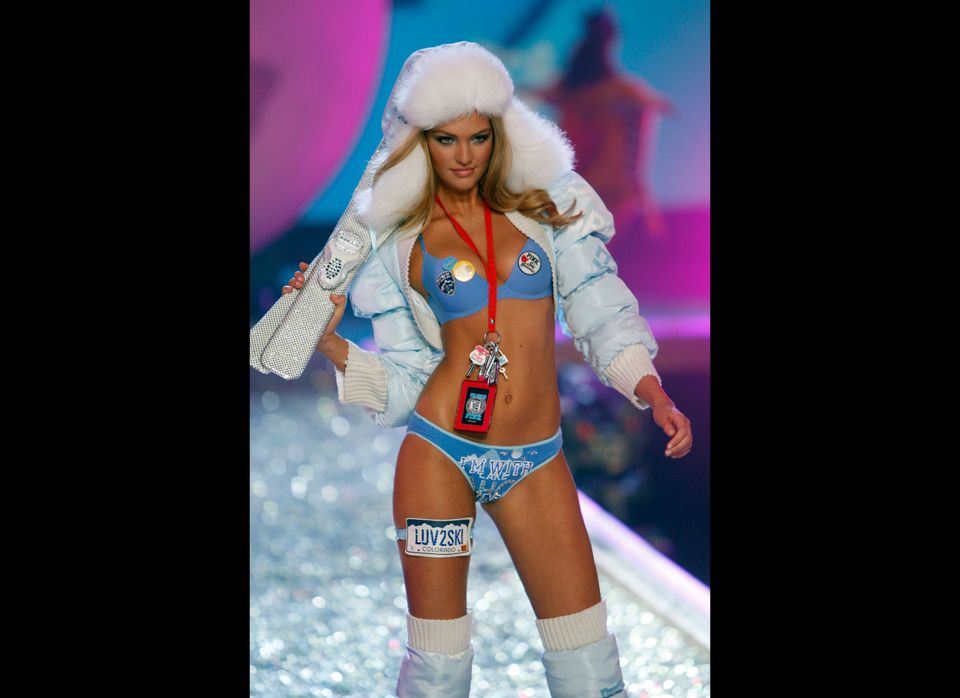