(RNS) Growing up Catholic in England, Candida Moss felt secure in life, yet was told in church that Christians have been persecuted since the dawn of Christianity. Now, as an adult and a theologian, she wants to set the record straight.

Too many modern Christians invoke, to lamentable effect, an ancient history of persecution that didn’t exist, Moss argues in her newly published book, “The Myth of Persecution: How Early Christians Invented A Story of Martyrdom.”

We asked Moss, professor of New Testament and early Christianity at the University of Notre Dame, to talk about the travails of early Christians, and how they are misappropriated in the public sphere today. The interview has been edited for length and clarity.

Q: You argue that modern myths of Christian persecution are rooted in an ancient myth, and you focus on Pliny, a first- and second-century Roman who governed what is now Turkey. Why should we know about him?

A: He’s the first Roman official to actually talk about Christians. He writes to the Emperor Trajan and says, “What am I supposed to do about them? They’re not doing anything wrong, but when they’re in the courtroom they’re very stubborn.” Those charges could get you killed in the Roman world. And Pliny has other concerns: Christians were not purchasing the meat associated with the Roman temples. And he thinks of Christians not as a religious group, but prone to superstition, which the Romans considered a kind of madness that could spread like a disease.

Pliny and Trajan agree that there will be no seeking out of Christians, but if they do end up in courtrooms and are stubborn, he will give them three chances to curse Christ and make a sacrifice in the Roman temple. If they don’t, they will be killed. I’m not saying what Pliny did was right, but it’s very far from the story I grew up with, about Christians being hunted down.

Q: Isn’t that persecution though? They’re not being sought out, but if they do wind up in court, there’s a decent chance they’re going to die.

A: Is it persecution? I’d say it comes fairly close to the line. I’m not saying it’s just. But it was illegal to be part of a secret club at the time. It was illegal to be stubborn toward a Roman judge. So it’s not that they’re being persecuted for having a Trinity. They are being executed for breaking the law.

I want to understand what, from the ancient Roman perspective, was the problem with Christians. The Romans tolerated lots of religious groups. They only really acted in situations where they thought the group was dangerous, and Christians talk about their new emperor Christ. They talk about how they cannot respect the Roman government. A lot of them say they won’t join the military. They’re very subversive. But this is a world where religious freedom isn’t a right; it just doesn’t exist as a concept yet.

Q: Critics of your book — even if they agree that there was no concerted, sustained campaign to root out and kill the early Christians — argue that this was nonetheless a dark and dangerous period for them. Doesn’t that count for something?

A: The situation was terrible and we should be attentive to that, but distinctions need to be made. The Emperor Decius (who in the third century required everyone in the empire to make a sacrifice to his divine spirit) didn’t really know what his edict would mean for Christians and he wasn’t trying to attack them. He was basically trying to bolster the Roman Empire.

In a contemporary discussion, Catholics feel very strongly about the Obama administration’s contraceptive mandate. President Obama is not trying to harm Catholics or Christians generally; he is trying to provide health care. Catholics can disagree with him very strongly, but unless he’s trying to attack Catholics, as long as we believe he is interested in health care, we can continue to have a discussion with him.

There’s been a lot of back and forth between the Catholic bishops and the Obama administration. That’s a different situation than if we were in a country where legislation was passed that said “Christians can’t own Bibles” or “you can’t go to church.”

Q: Who is capitalizing on the myth of Christian persecution?

A: When people talk about being persecuted in modern America, I think it’s dangerous. I’m talking about everyone from Rick Santorum to Mitt Romney to Catholic bishops, and Bill O’Reilly talking about a war on Easter. The problem with this is that it destroys dialogue. Persecutors don’t have legitimate complaints so you can’t really have productive discussions.

But you can disagree with someone sharply on the basis of your religious beliefs without accusing them of persecution. When you say they’re persecuting you, you’re basically accusing them of acting with Satan.

Q: So how are you going to convince someone like Bill O’Reilly to quit claiming that American Christians are persecuted?

A: What I try to do in the book is to not talk about the issues but to talk about the rhetoric. So I give examples of people from the religious left who are doing it. I’m critical of them, too.

We’ve all got to take a look at our own causes and say, “I’m not going to use this language. I’m going to see that other people have good intentions.” That’s how you really have productive discussions with people.

Q: But you believe there is real persecution of Christians in the world today?

A: Yes, there is. It’s a “boy who cried wolf” situation. One of the reasons we are not hearing about them is because of all of the cries of persecution here — and local cries about persecution overshadow the global ones. We do need to hear those stories about Christians in other parts of the world, but we need to make sure that instead of talking about the global war on Christianity — which a lot of Christian and Catholic reporters have done — that we tell the story in a way that doesn’t do violence to other persecuted groups.

Christians live in a very difficult situation in China, for example. But it’s not so much part of a global war on Christianity as it is the Chinese government’s treatment of the religious in general. If we make it just about the war on Christianity then we betray people like the Falun Gong, who are very persecuted in China.

A: The problem with religious rhetoric, if we’re talking about a battle between God and Satan, is that the stakes are so much higher. If we’re talking about “God is demanding you to do this,” you can’t really have a conversation after that. Because religion is such a lightning rod, it means that whenever we use religious texts or religious language, we have to be especially sensitive to the power of those ideas. 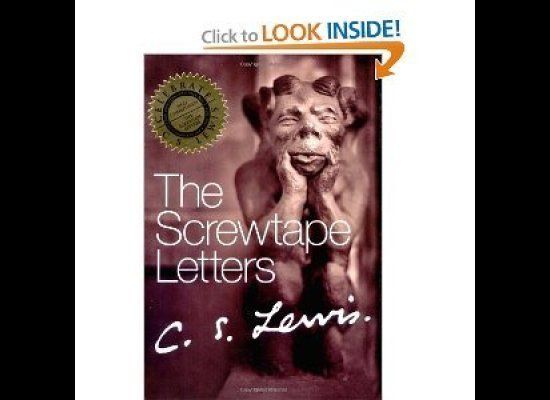