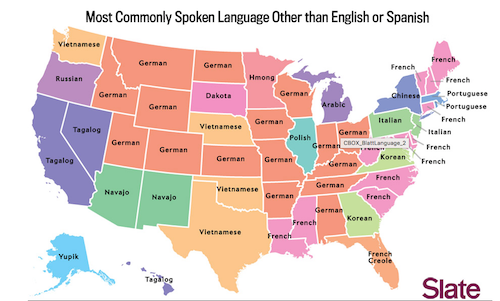 Asian Pacific Islanders are the fastest growing population in the United States, having outpaced Hispanic growth since 2012.

And in the last couple of decades they have steadily migrated beyond America's coastal states into its heartlands.

And according to local nonpartisan organization APIA Vote "In the last three presidential cycles, approximately 620,000 new (Asian American and Pacific Islander) voters entered the electorate, with eligible AAPI voters in various states making up more than 5 percent of the state's electorate ..."

In Nevada, where the Filipino American population is around 120,000, the number of eligible voters from Asian American community has reached 11 percent of the electorate.

In Florida, that number is only around 2.5 percent of the electorate, according to the APIA Vote, but in an NBC article from March "this election year, there's an all-out effort to grow the vote." Florida, after all, can make or break a presidential bid, as was the case in 2000 when Bush won by 537 individual votes over opponent Al Gore.

While the AAPI community comprises more than five percent of the citizen voting-age population in seven states -- Hawaii, Alaska, California, Washington, Nevada, New Jersey, and New York -- it is also a community that faces a number of huddles due to various voter restrictions. They also are the most ignored population, suffering from a lack of outreach from community organizations and political parties.

Many are naturalized citizens and these voters have the highest rates of limited English proficiency.

Since 77 percent speak another language other than English at home, many rely on ethnic media to get their primary source of information, according to Asian American Advancing Justice. Vietnamese Americans lead among the groups with 61 percent reporting a lack of English proficiency, followed by Chinese Americans at slightly over half, and Korean Americans at just over a third.

Asian American voters are moving steadily toward the Democratic party, in part due to anti-immigrant rhetoric and policy proposals from one Republic candidate after another. 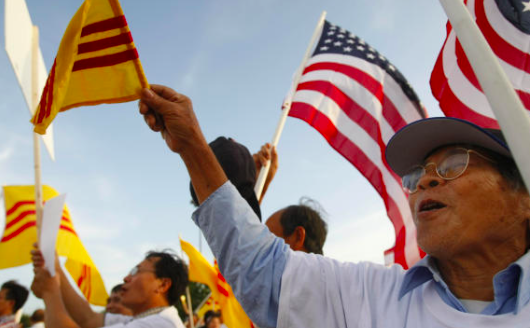 The Democrats speak of unity and celebrating diversity. It was president Obama who re-established the White House Initiative on Asian Americans and Pacific Islanders in 2009. His records in nominating a record number of Asian Americans to cabinet posts and federal judgeships are welcome by the Asian American community.

Yet, while "There is some initial evidence that these efforts are working," warned Karthick Ramakrishnan of the American Prospect "they have yet to reach the scale necessary to fully integrate Asian Americans into American civic and political life."

This November election Asian Americans can make their voices heard and influence the outcome of the political process. And now more than ever, it would be a mistake for candidates, both at the local and national level, to overlook their vote.

To Win, Hillary Should Speak a Little Tagalog and Korean


Andrew Lam is an editor at New America Media in San Francisco and the author of "Birds of Paradise Lost," a collection of stories about Vietnamese refugees in San Francisco, "East Eats West: Writing in Two Hemispheres," a book of essays on East-West relations, and a memoir, "Perfume Dreams: Reflections on the Vietnamese Diaspora."