Americans love to hate on candy corn. And by love to hate, we mean that in 2012, candy corn was the top-selling Halloween candy and the most talked about candy during Halloween, but the general public seems to voice an opinion that candy corn is just the worst.

So, why do you absolutely despise candy corn yet also can't get enough of it? Do you just like how it looks? Maybe you "like" candy corn because for as long as you can remember, it's been an indicator that fall has arrived. Well, guess what? It hasn't always been associated with Halloween (read on for details). That's just one of the 10 things about candy corn you probably never knew.

1. Jelly Belly, the same company that makes your beloved jelly beans, has been making candy corn longer than any other running company today. 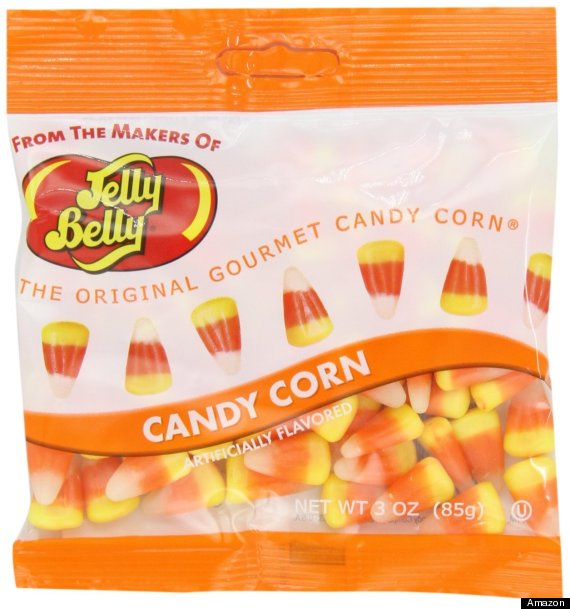 The company, then named Goelitz Confectionery Company, began making the candy around 1898 in its Ohio factory, and the company claims that candy corn was such a success it "carried the company through two World Wars and the Depression."

2. Brach's, the number one candy corn seller today, makes candy corn that is NOT vegetarian. 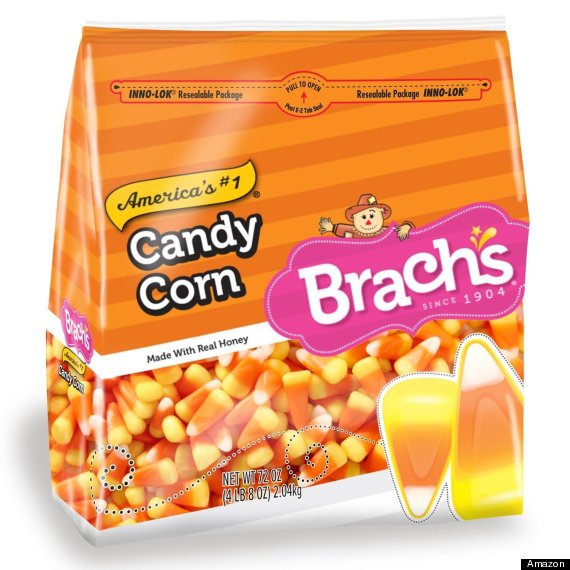 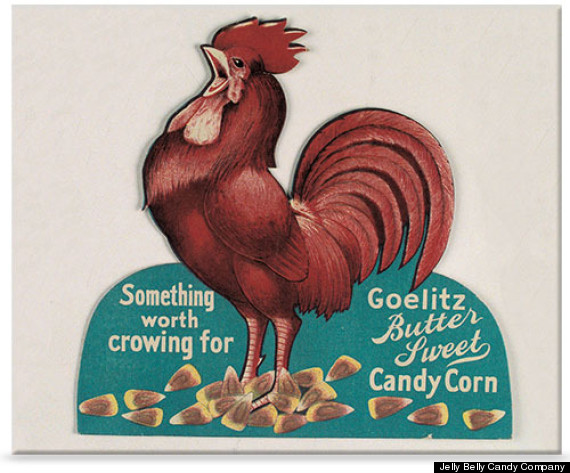 Candy corn used to be called "chicken feed," hence this ad for Goelitz's Candy Corn from the late 1800s thats sports the tagline, "Something worth crowing over."

4. It has more potential to cause tooth decay than chocolate-based Halloween candy.

Jonathan Shenkin, a pediatric dentist and an American Dental Association spokesperson, told HuffPost that candy corn is one of the worst Halloween candies for you because it's essentially "all sugar." Think about it this way: Eating just 19 little pieces of Brach's candy corn is consuming only 11 grams less than all the sugar that's in one whole can of Coca-Cola.

Shenkin also says unlike chocolate bars that contain other ingredients and "clear quickly from the mouth," there's no way to "buffer the sugar" from candy corn, allowing the sugar to stay on the teeth longer. "It's like putting a cavity-inducing injection into your teeth, he says.

5. Candy corn also used to be considered a summertime candy.

The Atlantic reveals that in those early candy corn ads, the treat was marketed as more of a summertime candy, rather than anything related to the fall or Halloween. They found this one Brach's ad that places candy corn next to other summer favorites, like peanuts, jelly beans and orange slices. There's also another one claiming candy corn is the treat "all children love to nibble on all year long."

The Bagel Store, with two locations in Williamsburg, Brooklyn, sells a seasonal "Candy Corn Bagel" every year. According to TIME, it's best topped with a "marshmallow chocolate chip spread" instead of regular cream cheese.

Yup. The Chew even has its own very special candy corn martini recipe. 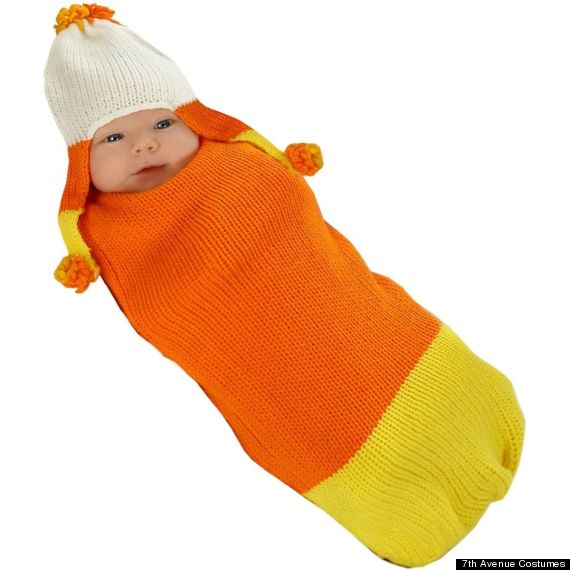 That's right. People seem to like to dress up their children as candy corn for Halloween.

9. Comedian Lewis Black has dedicated an entire sketch to hating on candy corn, saying it's "the only candy in the history of America that's never been advertised" because companies keep recycling all the old candy corn we never eat year after year.

A Lewis Black Fact: All the candy corn that was ever made was made in 1911.

10. That may explain why you absolutely cannot escape it, no matter the season. 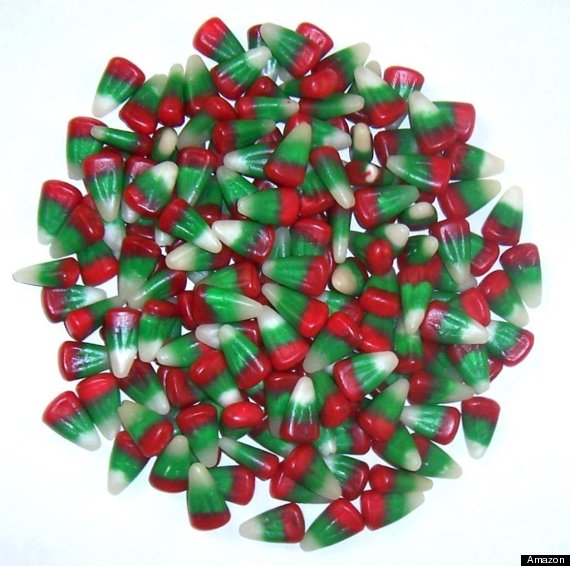 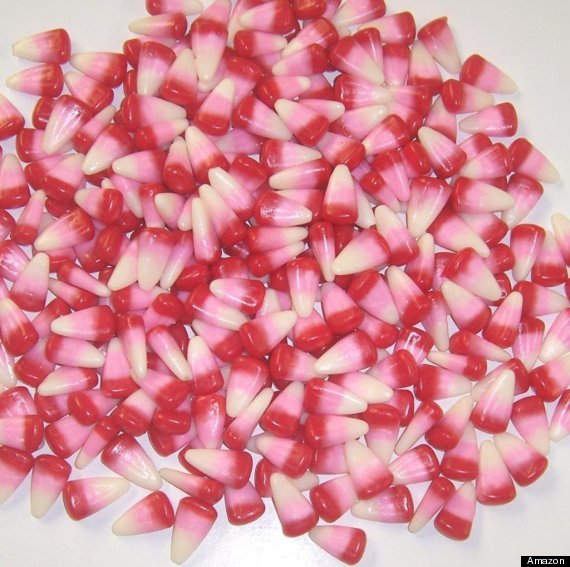 And "Bunny Corn" for Easter... 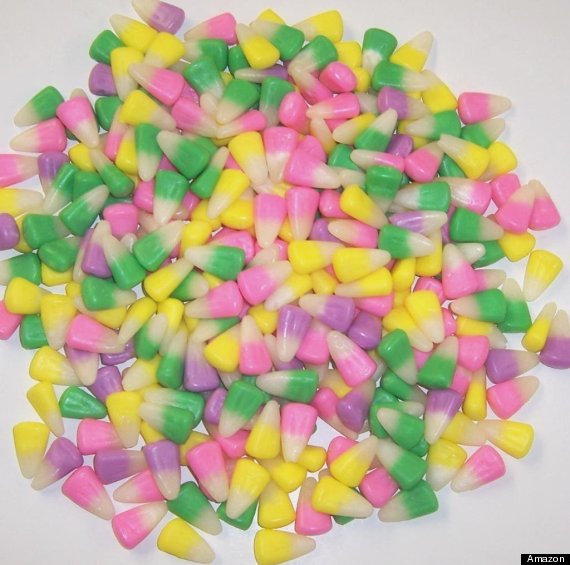