Odds are you play Candy Crush. Everyone plays Candy Crush. The only reason you're reading this is because you have time to waste before your new batch of lives arrives.

The PS4 may have just launched, but a year after Candy Crush's first release, the app is still dominating. Here's some proof that Candy Crush is really and truly taking over the world, including many details provided by the makers of Candy Crush:

That's more downloads than people in the U.S.

2. One in every 23 Facebook users in the world plays it*

To put that in perspective, Facebook has 1.19 billion active monthly users, making that about 5 million Facebook users.

Candycrush has quickly taken over my life. I now understand the struggle of addiction and I owe an apology for judging heroin addicts 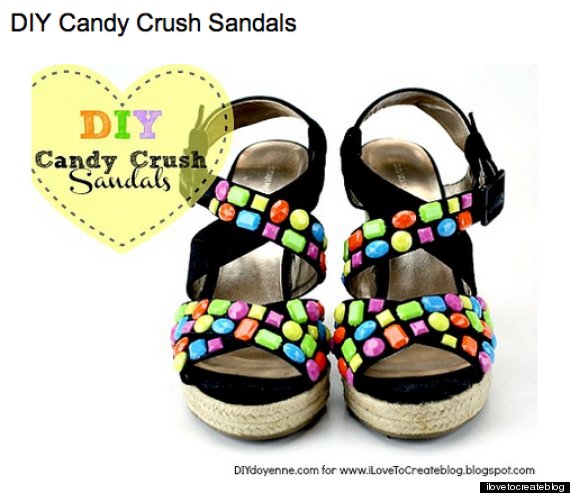 King.com, the company that makes the game, reportedly filed to go public in September, even though its most successful game hadn't even been around for a year yet.

6. There are enough Tweets about Candy Crush to fill 4,500 novels*

so I come in my room to see a note from my mom......😂😂😂 candy crush has got to her pic.twitter.com/DfDrSpqRmn

I seriously need CCA.. Candy crush anonymous. This is getting insane.

7. It's been one of the top 3 highest-grossing iPhone apps for more than 8 months

Candy Crush has also been the top-grossing iPhone app since Sept. 5, 2013, according to App Annie.

And it's done! Our fondant comeback cake, a Candy Crush cake. A chocolate fudge cake with Nutella filling. :) pic.twitter.com/JRhSazJeDj

The company that makes the game makes these official candies based on the game.

11. It brings people together

Whenever I see someone playing Candy Crush on the subway, especially at rush hour, I feel they are a kindred spirit.

You hear the Candy Crush music playing through her headphones on the subway. You glance at her phone — level 115. Is it love? Yes.

12. People were Candy Crush for Halloween

Lolinggg at the fact my parents dressed up as Candy Crush for this Halloween party. pic.twitter.com/TY9uOedcQs

I really feel like my Halloween costume was underappreciated. #candycrush #halloween pic.twitter.com/2XQVe5sWXA