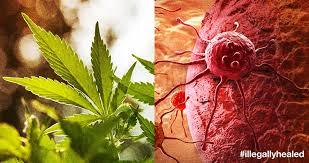 From its earliest days the medical cannabis issue has been driven by the plant's usefulness in treating the side-effects of cancer chemotherapy including emesis (nausea and vomiting) and pain. More recently there have been reports of the plant's ability to destroy cancer cells. In short, the use of cannabis in the treatment of cancer and its side-effects is at the vanguard of medical cannabis reform and will likely remain so.

Few people are aware that one patient in particular, young Danny Grinspoon, helped set the course of one of the movement's top reformers. Danny's father, Dr. Lester Grinspoon, is professor emeritus at Harvard University and author of multiple books on cannabis including the seminal, Marihuana Reconsidered, first released in 1971. Danny was undergoing chemotherapy in the early-1970s for acute lymphocytic leukemia (ALL), a blood cancer that often strikes children under the age of 15. Danny was diagnosed at the age of ten and grinding his way through what would be unsuccessful chemotherapy treatments when he and his mother heard rumors that other young cancer patients were using marijuana to stop the debilitating nausea and vomiting caused by Danny's chemotherapy. They were able to "score" some marijuana and it was useful to Danny but he lost his fight in 1973.

In 1978 it was a young cancer patient, Lynn Pierson, who lobbied single-handedly to pass the nation's first medical cannabis law in New Mexico. Lynn's powerful story of using marijuana to combat the nausea and vomiting associated with his chemotherapy resonated with the citizens of New Mexico and eventually the entire country. Other cancer patients in 33 states followed Pierson's lead and gave compelling testimony that led to passage of legislation recognizing the medical utility of cannabis and establishing a programs of state-wide research for cancer and glaucoma patients. Few of those programs ever got started and the federal government released synthetic delta-9 THC, Marinol, to appease cancer patients and doctors. But Marinol, for most patients, is not as effective as the whole plant and today most cancer patients continue to use cannabis, normally with the complete knowledge and approval of their oncologist.

Today the focus is more on the ability of cannabinoids to destroy cancer cells. There is definite promise in the area, as Justin Kander's article in Mary's Cannabis Primer: Cannabis & Cancer highlights. But we are a long way from being able to competently or confidently say that cannabis kills cancer. So what is a cancer patient to think or do? Dr. Grinspoon, a cancer victim himself, offers the best advice in an interview with Anthony Wile from 2014 at The Daily Bell:

I'm afraid that people hear the statement "marijuana cures cancer" and some people are so afraid of cancer and having it treated properly by a well-qualified oncologist that they'll go right to the cannabis and say, "I'm going to treat it myself with cannabis." That's very troublesome because some of those people might have been saved or their lives prolonged if they had actually gone and gotten the best that modern Western medicine has to offer. Allopathic medicine has a long ways to go with cancer but at least some can be cured and in some, life can be prolonged quite well. I'm afraid when people think ... "Yes, marijuana cures cancer." My view is, use cannabis when you're getting the cancer treatments but [at the] first, as soon as it's diagnosed, start the treatment which medical science says is the best treatment for that but take marijuana right along. It will go much easier for you."

As research continues it is likely that cannabis and its constituents will find its way into new drugs for the oncologist's compendium. Until that day arrives cancer patients will look towards the natural plant for any help it may provide.