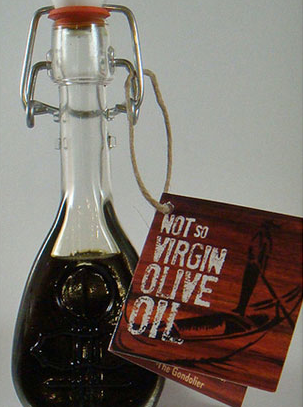 When Alice B. Toklas laced a hashish fudge recipe between apple mousse and anecdotes about good friend Picasso in her 1954 cookbook, The Alice B. Toklas Cookbook, she probably had no intention of becoming an iconic name in the edibles game. The recipe itself left a legacy that has since contributed to the evolution of cannabis food.

Since Arizona, California, Colorado, Michigan, New Mexico, and 10 other states have decriminalized cannabis usage for medicinal purposes, the classic notion of stoner food is changing. From brownie to salsa, the market has certainly evolved since Toklas's cookbook and even more so since the mainstreaming of pot smoking in the late '70s. The expected -- rich, buttery dessert foods -- has transformed alongside the mainstream health food trend.

The best access for locals to fill their whole nutritional gamut is at the marijuana dispensaries which are popping up like Starbucks in those states that allow it. And while Los Angeles seems to be one of the more dispensary-dense cities, they're still awfully exclusive when it comes to entrance. For many patients, trips to the dispensary are optional thanks to delivery services and elevated at-home cooking.

Chef Mike DeLao of Cannabis Planet TV and HighTimes.com has been a personal chef for patients for years. After he sustained a sports injury, Chef Mike started medicating via edibles but found himself 40 pounds heavier. Since the weight gain he's been on a mission "to do high energy foods," with what he believes is "the most nutritious seed there is." Bringing healthy options into the mix has produced such positive patient experiences that Chef Mike loftily believes "we will be able to reverse cancer."

Coming from the East Coast, it's hard to wrap your head around the legal cannabis culture that has developed in recent years on the West Coast, and a few states across the map. Mastering the vocabulary such as indica, sativa, and hybrid, is something of a science, and not one that can be fully conquered via the web. The whole system remains elusive, as many cannabis companies don't have websites, many websites don't have product images, and many dispensaries are member-exclusive.

So, how can you get in behind the curtain to see the culinary happenings that have far-surpassed the legendary brownies? Well, remember when the gleaming power of a doctor's note was used to get you out of things, like school? For those state residents with the right permission slip, it's what gets them in. For everyone else, we've gathered a little sampling of edibles like biscuits, teas, and pizza just for you.

Make Your Own Burger Adventure