As usual with a Nicolas Winding Refn movie, his new film Only God Forgives, which just premiered at Cannes this morning, is rhythmically exciting, with cool mood music (composed by the amazing Cliff Martinez) accentuating the beat. The story: constant revenge, back and forth, between two American drug lords (brothers) in Thailand, who also run a Thai boxing ring, and the Thai police, run by a man who wields one helluva of sharp sword that eviscerates people in a flash.

The plot: one of the two brothers murders a girl, someone murders him, and the domino effect begins.

What's good about this film: the sets. Each setting is aesthetically composed like a still shot: the red lit brothels with hanging glass beads and dragon wallpaper; the sunny house of the policeman, with green leafy trees through the windows; the hyper rich glamorous mod hotel suite of the drug lords' creepy blonde shrew of a mother who shows up to wreak vengeance for her murdered son.

Now that I am done with what is good with the film, let me mention that when the credits came up during the screening and director Alejandro Jodorowsky's name came up (an homage), the audience cheered and clapped. When Refn's name came up -- i.e. the director of the film -- no one clapped at all. 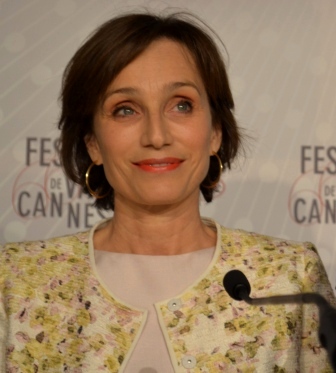 The only "humanity" comes from Ryan Gosling's sensitive tres masculin eyes. In fact, silent eye-contact is the most profound communication of the film, whether between Gosling and his Thai prostitute, Gosling and his mother, or Gosling and his chief rival, the policeman.

As for meaning: none, unless you consider this a commentary (have we perhaps heard this before?) on how human beings are drawn to violence and sex.

I myself had my eyes closed for most of the shots, with a sweet French girl sitting next to me explaining what was happening.

So I (and others) asked Refn himself to explain what was happening at the press conference: 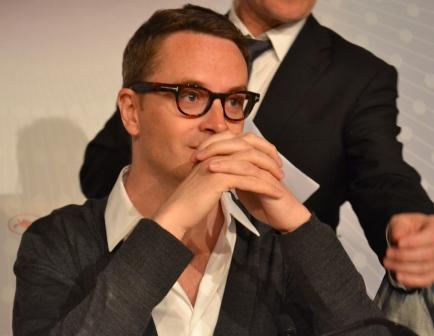 What inspires this movie?

I was able to go to France and obtain a two picture deal with Gaumont and Wild Bunch. In order to sign the deal I had to come up with two stories. I immediately came up with a Thai boxing movie, as I thought that would be a good sell. I normally don't like fight movies, but I was going through a difficult time, my wife was pregnant with my second daughter, and I had to vent a frustration with God. So I came up with a mother character who devours everything. The key to unfolding this story was this character who thinks he is God. Then I did Drive instead and put this film on drive.

What is "Only God Forgives" about?

This film is about mysticism and reality. Spirituality. My daughter was born and had the ability to see ghosts. When we were in Bangkok, she would wake up every night screaming, having seen ghosts, and we had to get a shaman to clean the room. I realized that spirituality and mysticism has a diferent meaning in Asia.

The idea of Julian's character was a man who was on some sort of journey but he did not know what he is going towards. We spoke about the character of the sleep walker, destined to move, who does not know where he going. He is bound and chained to his mother's womb. To release that he has to go through several levels of violence. Why doesn't he speak? Maybe because the language of silence is far more potent.

Why is your film dedicated to Jodorowsky?

The film is dedicated to Jodorowsky because he has always been a mythological director. I got the chance to become friendly with him some years ago. I was always been fascinated by his unique cinema language, against all convention. It's like when your sex life gets a little boring, you have to spice it up.

I see no spirituality or mysticism in this movie. Can you please define your use of these terms, in relation to your film? I see the archetypes and fairytale quality, but no spirituality.


In the original script, there were a lot of logical explanations for magic and spirituality, and I took them out. We are bound to definitions in the Western world, where we have facts, but the more time I spent in Asia, the more I realized there is a parallel life beyond. The definiton of the journey is mystic. The universe is the womb of the mother. It is the place from which we enter. [The film] is a journey through heaven and hell.