The big event in Cannes Thursday, after Wednesday's "Che" premiere, was the annual amfAR benefit hosted by Sharon Stone and Madonna, complete with an auction. Guests included models, movie stars and an arms dealer.

Also stepping out on the red carpet at a premiere was Michelle Williams, at her first red carpet appearance since the death of ex-fiance Heath Ledger, the father of her daughter Matilda. She reportedly decided to attend the premiere of "Wendy and Lucy" at the last minute, and Wednesday night hopped on a plane and then dazzled in Chanel. Fellow WB alum (from "Felicity") Scott Speedman was also in Cannes for a film, "Adoration." UPDATE: Friday Williams attended the photo call for her Charlie Kaufman directed film "Synecdoche, New York."

Scroll for all the pictures. 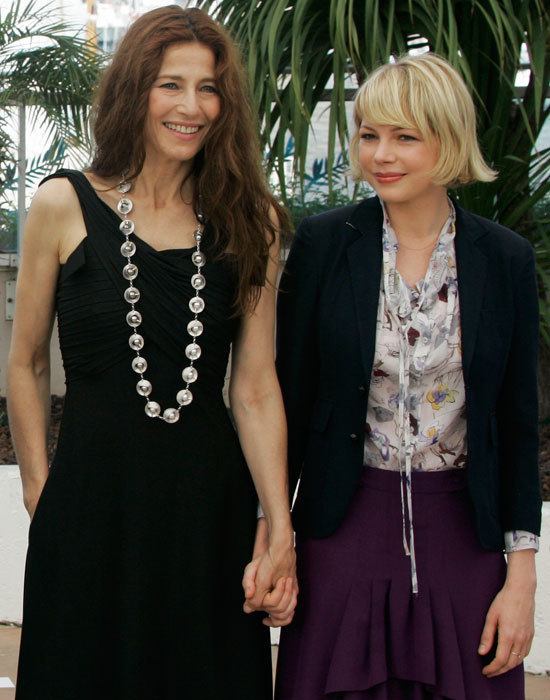 Michelle Williams at the "Wendy and Lucy" premiere: 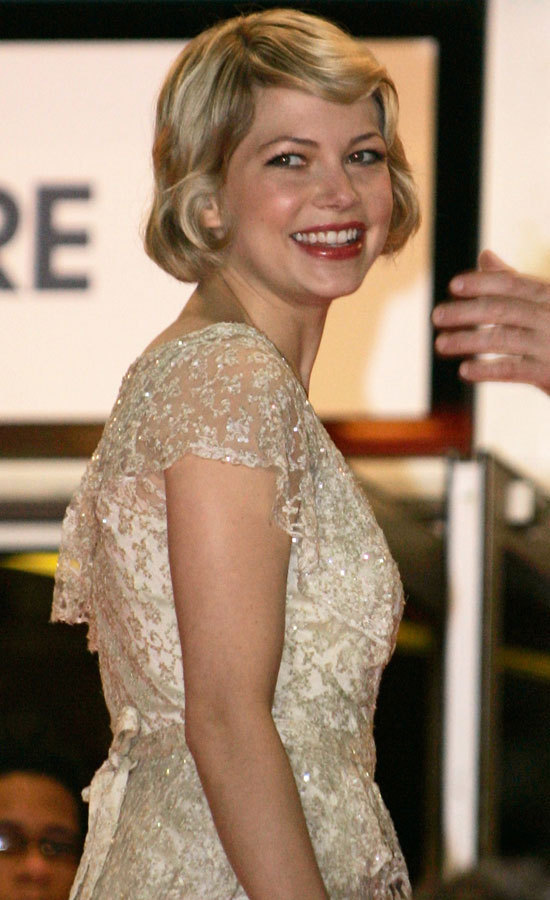 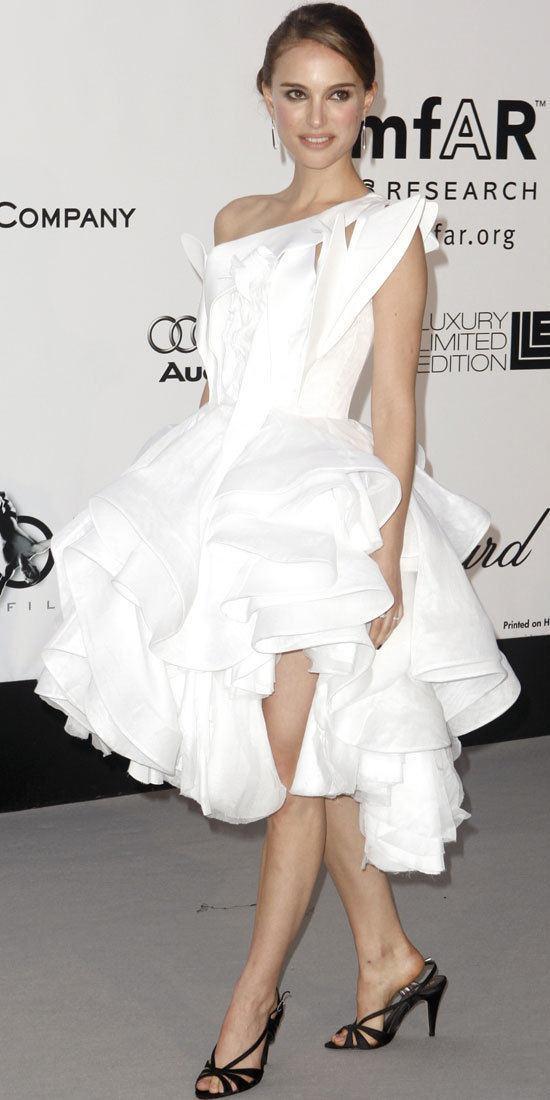 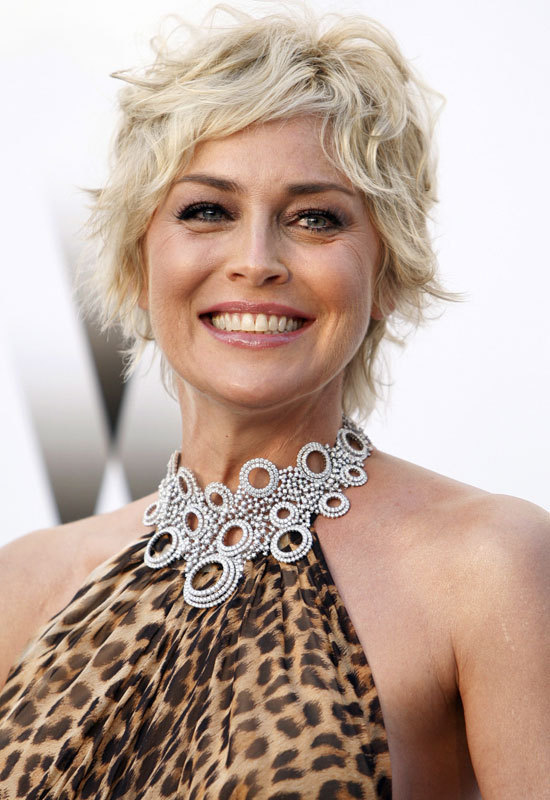 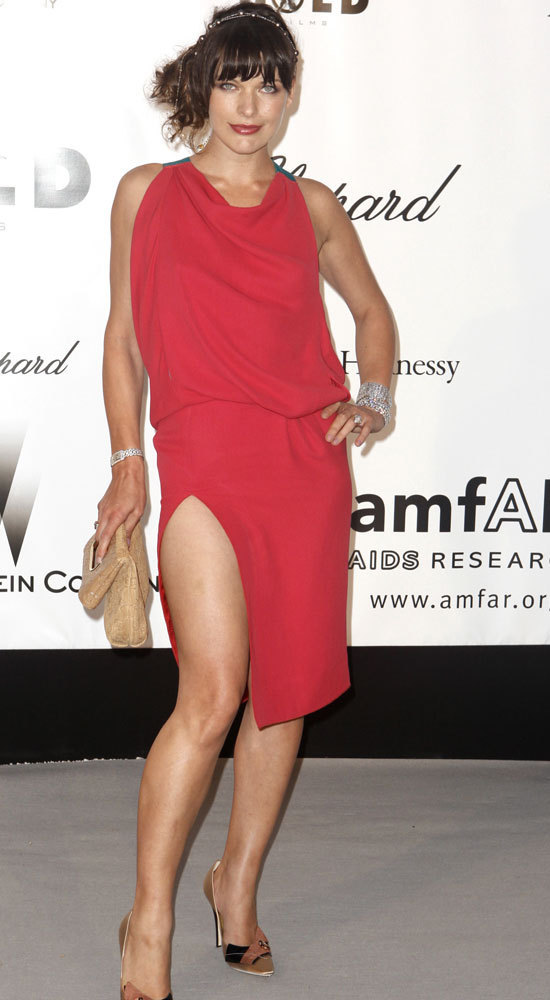 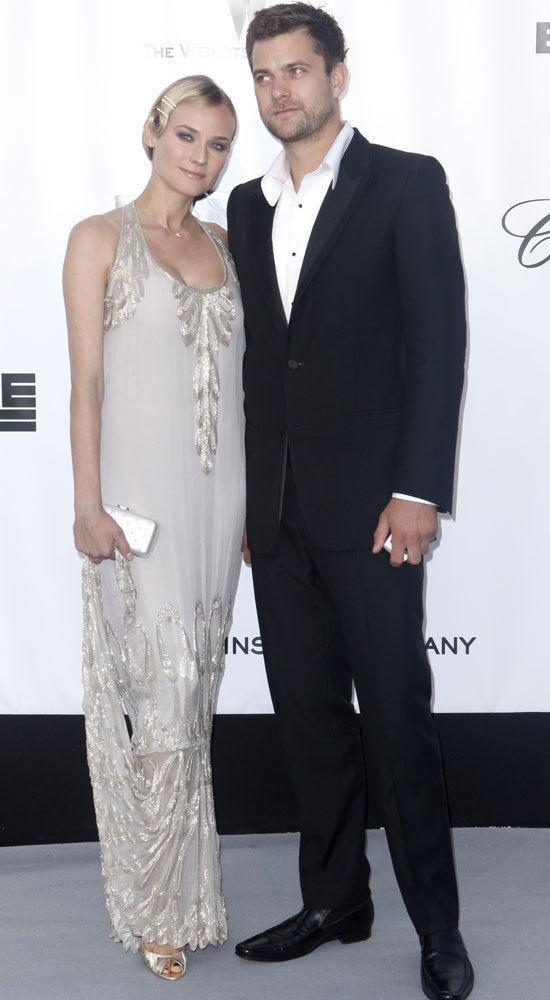 Scott Speedman at the "Adoration" premiere 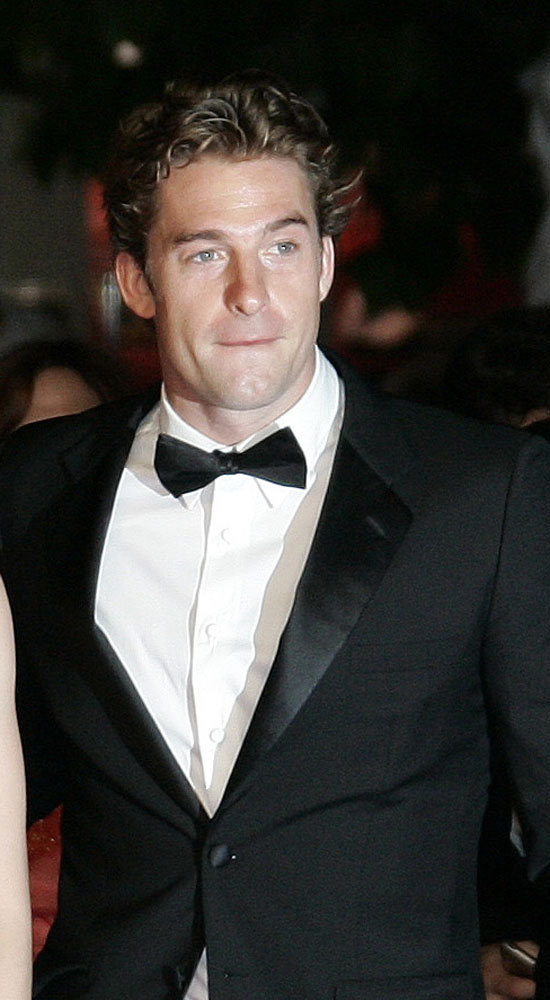 Back at amfAR
Model Petra Nemcova: 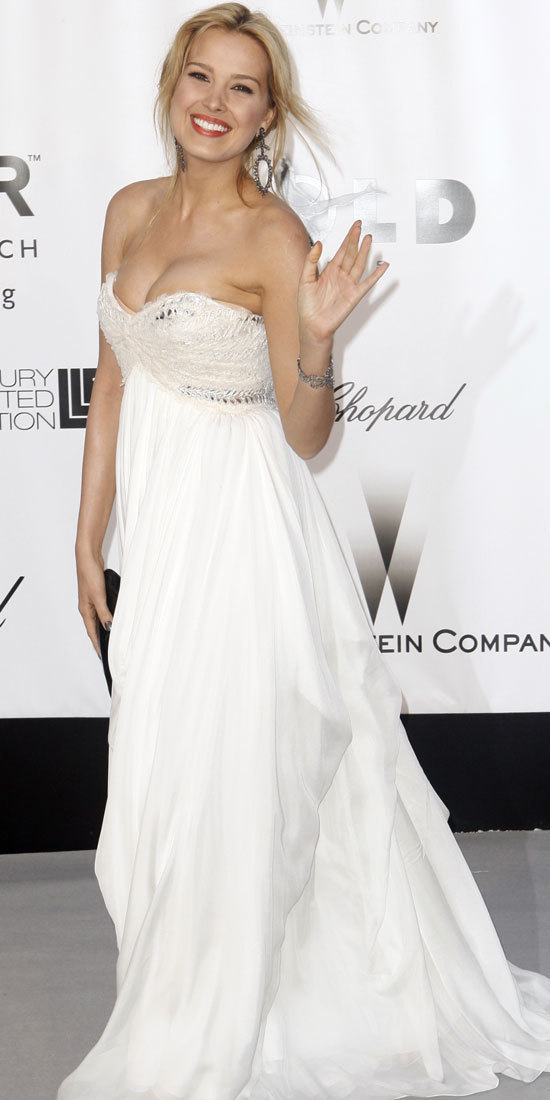 Adnan Kashoggi and his wife Lamia 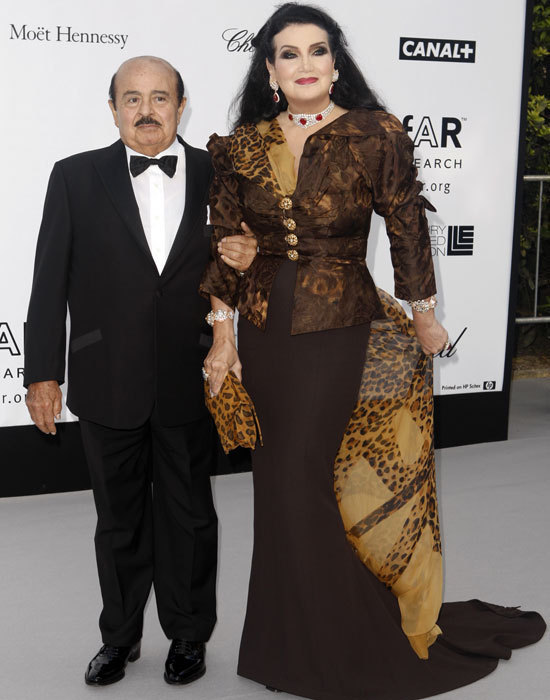 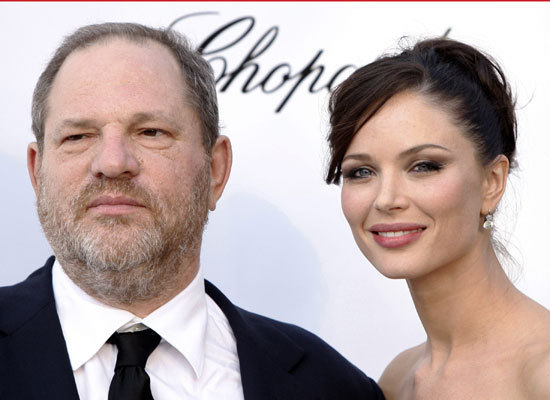 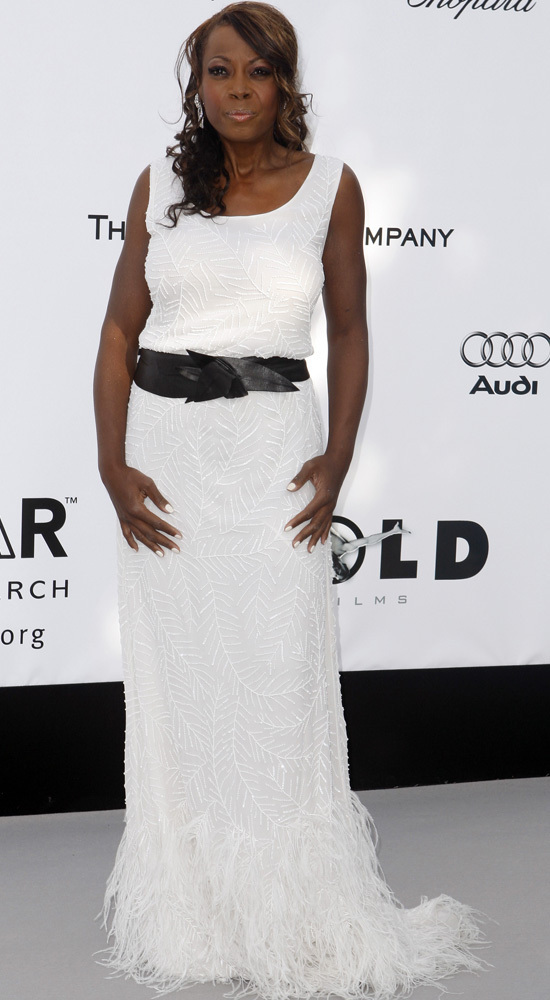 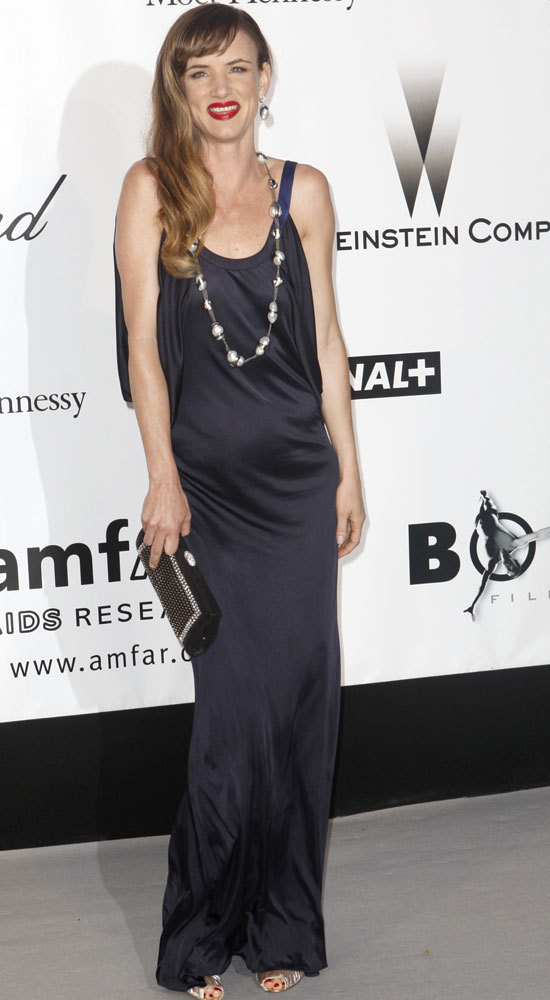 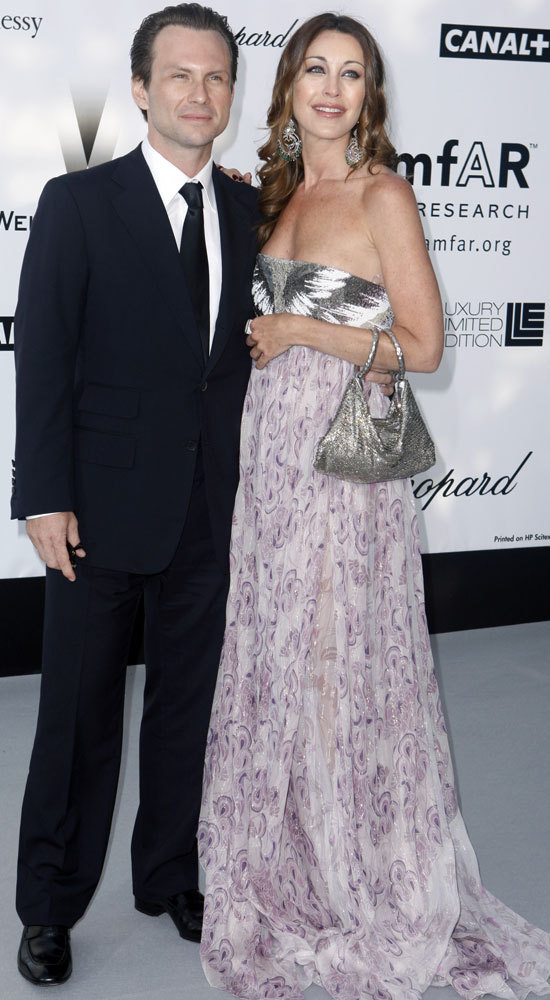 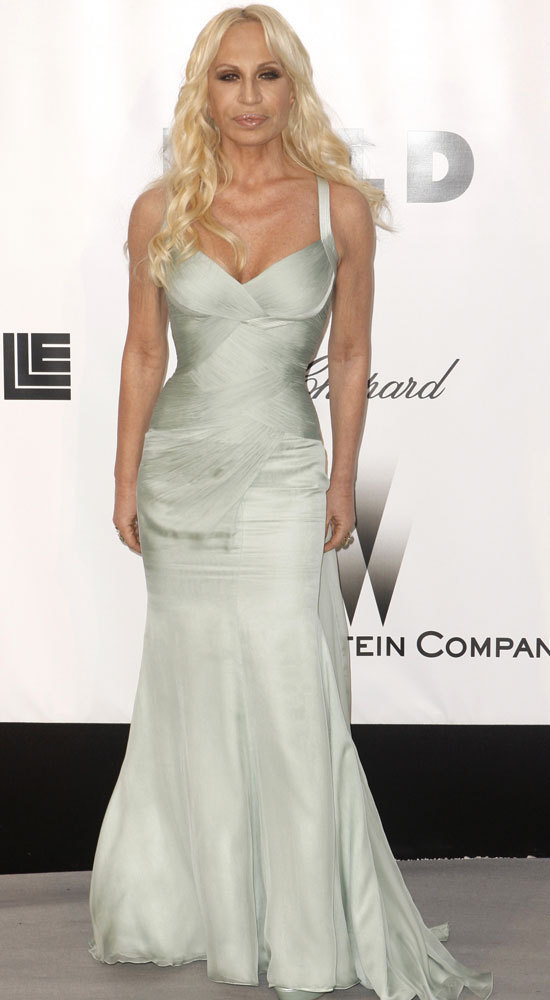 Madonna and Sharon Stone at the auction block: 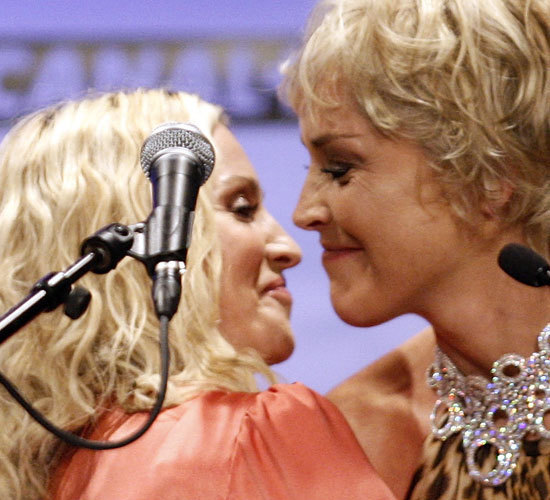 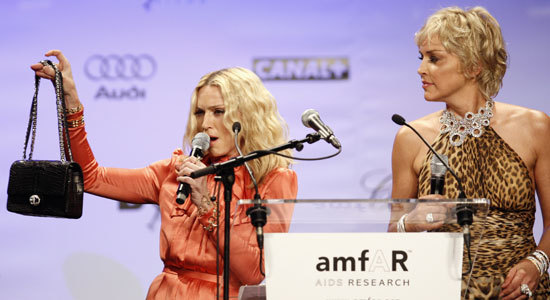