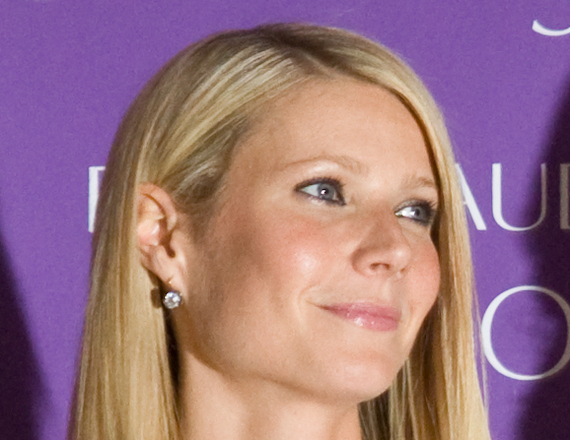 Gosh darn it, we sure like talking about Gwyneth Paltrow, don't we? But I'm not here to bring up her latest food stamp challenge... that is so yesterday's news. Instead, I'm going to go even further back and discuss something that is so a year ago's news. You guessed it: I am bringing "consciously uncouple" back into the limelight.

Speaking of limes, regardless of whether you think the green citrus fruits were a smart choice for Gwyneth to make on such a tight budget, you have to admit that she did start a conversation about the very important topic of poverty in our country. But I think her real gift to our collective society came in the form of that phrase we couldn't get enough of... the one that social media outlets were excited over because the term "divorce" was apparently not authentic enough to describe the dissolution of Paltrow's and Chris Martin's marriage. "Consciously uncouple."

Seeing as how I am a wordsmith of sorts, I will admit to being a bit intrigued by the phrase "consciously uncouple"... not enough to declare Paltrow one of the great thinkers of a generation (though I have always loved her work in Shallow Hal), but intrigued no less. Words can sometimes be overused to the point of losing impact. I mean, how often have you heard the words separate, divorce, breakup or annul and thought, "I know I should have more feelings about Mom and Dad ending their marriage, but I can't help it. The word divorce is just so trite. The whole thing feels a little flat. Maybe if they jazzed up the lexicon, I could work up a few tears."

See what Paltrow did there? She has reinvented the same old tired Hollywood breakup. She has re-sensitized us. By having her way with the English language, we can now ponder in a whole new light the parting of ways of two rich and famous people whose personal lives are of absolutely no concern of ours. Does that trump a conversation about the inability of poor families to eat a balanced diet on food stamps? It's pretty freakin' close. Not only that, but she may have revolutionized the way we think about a lot of other couples.

Consider these five things you can now "consciously uncouple": 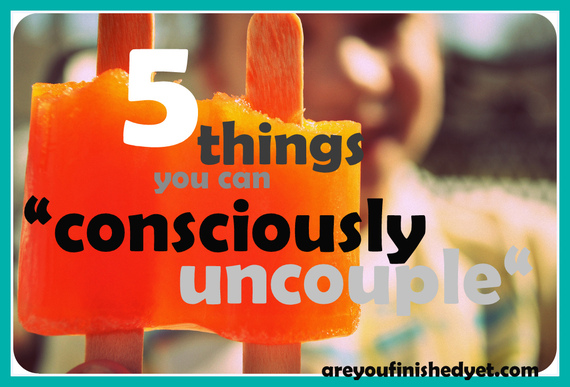 1. Twin Pops: You're not just going halfsies with your friend anymore. "Consciously uncouple" your twin pops and offer half to one of your brethren, symbolizing the collective oversoul that needs to be nourished within all of us.

2. Legos: You know those two bricks that just won't come apart? And no matter how consciously you try to uncouple them, they are cemented together. Fear not. There is a tool for that. But you no longer have to call it by its pedestrian name: Brick Separator. Now it shall be dubbed "The Conscious Uncouple-ator."

3. Those Two Chatterbox Students in Class: Teachers, instead of merely separating these distracting children for your own sanity, "consciously uncouple" them, which will consequently lead them on their own individual paths of growth and self-actualization. And I bet 10 bucks no parents will threaten legal action for damaging their child's tender psyche if you use the clearly superior Paltrow method of classroom discipline. (Because celebrities are the utmost authorities on things they have never earned degrees in... Right, Jenny McCarthy?)

4. Hope and the Political Process: Ugh. Even "conscious uncoupling" can't put a positive spin on this one. We're just up natural-bodily-waste creek without a paddle.

5. White Loads and Dark Loads: Laundry will no longer feel discriminatory. When you "consciously uncouple" your whites and your darks, you are simply providing each with their own environment in which they can celebrate their seamstress-given qualities. As a result, they can all come together in your closet to create a beautiful united front of harmonious fashion.

This whole "conscious uncoupling" really takes things up a notch. I mean, it is WAY more sophisticated than "unconscious coupling," which is fairly common and less philosophical. For instance, look at all the things I "unconsciously couple" right off the top of my head: peanut butter and jelly, the letters q and u, Oprah and her favorite things, shopping for swimming suits and vomiting, Moby Dick and being bored out of my skull, Fred and Ginger, Romeo and Juliet, Zack Morris and Kelly Kapowski, me and Bobby McGee... I could go on like this forever. It takes no soul-searching, no meaningful intention to "unconsciously couple." But "consciously uncouple"? Now that's deep.

So let's all back off of Gwyneth. She may have shown herself to be completely disconnected with our nation's poor in the way she chose to spend her weekly $29. But let us not so soon forget the gift she gave us in her utterly pretentious thesaurus entry for the word "divorce." Every party-goer who has ever felt the need to sound smarter among a group of intellectual snobs should raise her glass. Every student who has ever had to BS his way through an essay question on a test should raise his glass. Every lost soul who just needs a self-help book to call the same old crap in her life by a different name should raise her glass. Because now we have a whole new way of looking at separation, all the while giving the appearance of being ever more enlightened. Cheers to Gwyneth Paltrow!

Or rather, "Deliberate Celebratory Extremity Extension" to Gwyneth Paltrow. Whatever.