Building human and industrial capacity to produce goods for the U.S. marketplace is the greatest challenge for African nations in maximizing the trade benefits of the African Growth and Opportunity Act (AGOA) -- not market access, said Tanzania's top diplomat to the U.S. at The Africa-America Institute's inaugural Conversations on Africa Series panel discussion on June 12 at Capitol Hill's Rayburn House Office Building in Washington, D.C.

Signed into law in May 2000, AGOA was enacted to expand U.S. trade and investment with eligible sub-Saharan African countries to fuel economic growth and promote greater economic integration into the global economy. The trade law is set to expire in 2015.

The panel discussion, "AGOA 2015: Positioning Renewal to Ensure Better Human Capacity Training", put forth solutions on harnessing the economic potential of AGOA and explored how to close the "skills gap" and build a talent pipeline to enable trade and investment to flourish. Kamran Khan, Vice President of the Department of Compact Operations, Millennium Challenge Corporation (MCC), moderated the Hill briefing with panelists from the U.S. government, private sector and diplomatic corps.

"It's not about the market access," pointed out Ambassador Liberata Mulamula, Tanzania's Ambassador Extraordinary to the United States. "The countries that have the capacity are benefiting greatly."

"The issue is really capacity," said Mulamula, who noted that AAI's panel discussion was the first panel on the AGOA renewal this year to address the issue of strengthening human capacity. 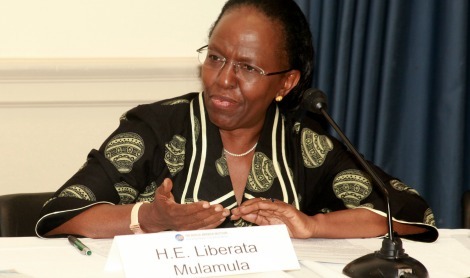 The Tanzanian envoy added that African countries that have managed to penetrate the U.S. market are encountering barriers in meeting the set trade regulations and standards, including sanitary and rules of origin requirement. Mulamula said Tanzania currently has only one product entering the U.S. under the AGOA law.

Prior to The White House's U.S.-Africa Leaders Summit, the panel offered a preview trade into the historic summit with nearly 50 African Heads of State. AGOA will top the agenda of key Africa-related issues being discussed at the gathering of African leaders on August 5-6 in Washington, DC. 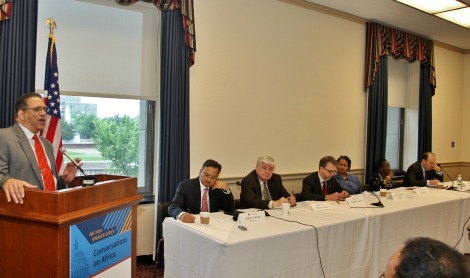 'If we're going to strengthen relations with Africa, then we need to actively engage and support AGOA," said Steve Hayes, President and CEO, The Corporate Council on Africa. However, Hayes said "by and large" AGOA has not worked well for a majority of African countries, but it's the primary trade law between the U.S. and African countries.

Hayes recommended introducing other pieces of companion legislation such as investments in capacity building, education and infrastructure to strengthen the U.S.-Africa trade law. "We also need a stronger genuine relationship with the public and private sector," he added.

Yet, Steve Lamar, Executive Vice President, American Apparel & Footwear Association maintained that AGOA has tremendously benefitted the textile industry, and called for it to be renewed soon with at least a 15-year extension, instead of piecemeal legislation.

"We're already losing opportunities," said Lamar, who said members of his association are starting to look to other regions of the world for trade opportunities because they believe Congress will not renew the law. Lamar recommended for more incentives to be built into AGOA for key industries and the law should be made permanent.

"There's only 15 months left before AGOA expires... and in congressional terms, that's like this afternoon," said Schneidman. "That makes me very nervous that we'll see this gap and it will create more uncertainty in what can be a very uncertain environment."

If AGOA is not reauthorized by Congress, Ambassador Michael A. Battle, Senior Advisor, U.S.- Africa Leaders Summit, said African government officials, including officials from countries that are not eligible for AGOA, would think it is a "signature absence of progress" on what can be achieved at the US-Africa Leaders Summit.

"So AGOA is exceedingly high on the agenda of everybody on the African continent," said Battle, who offered opening remarks at the panel discussion.

Rep. Karen Bass (D-Calif.) and Ranking Member of the House Foreign Affairs Subcommittee on Africa, Global Health, Global Human Rights and International Organizations, urged attendees to make legislative visits and press their Members of Congress to reauthorize the AGOA law. "I would appeal to you... to emphasize to my colleagues that there's no need to wait," said Representative Bass.