WASHINGTON -- The proprietors of one of D.C.'s first medical marijuana dispensaries shared big news with their Facebook followers on Tuesday: 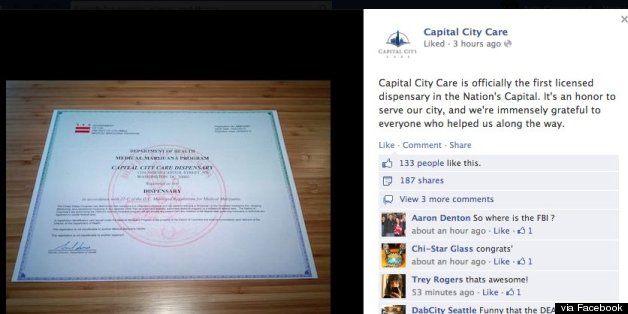 Scott Morgan, communications director for Capital City Care, told The Huffington Post that "we are going to start serving patients absolutely as soon as possible...We know that patients have been waiting a long time for this."

The last hurdle is for D.C.'s Department of Health to commence its patient registration process. "As soon as we understand that there are patients that are registered and ready to visit the facility, we look forward to opening our doors and welcoming them," Morgan says.

When will that happen? Morgan says he believes "the process is starting in the very near future. But we don't have a precise date for that."

HuffPost placed an inquiry with the Department of Health about when the patient registration process will be underway. We will update this story when we have more information.

Medical marijuana has been a long time coming in the nation's capital, as the Washington Business Journal reported back in March:

The District passed a medical marijuana law in 1998, but Congress prevented the law from moving forward until 2009. Since then, marijuana cultivators and dispensaries have been waiting on regulations and approval.

One also posted what could only be read, after these many years, as a message of hope: 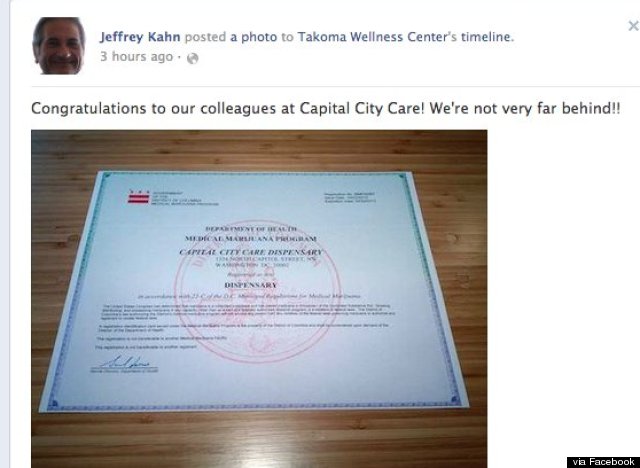 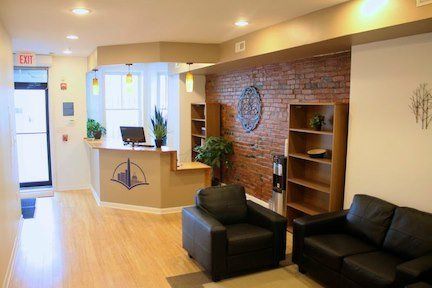