NEW DELHI -- As U.S. President Barack Obama prepares to embark on an historic visit to Cuba, the future of the communist-ruled island is the subject of widespread speculation. Some observers are hoping that the ongoing shift toward capitalism, which has been occurring very gradually under Raúl Castro's direction, will naturally lead Cuba toward democracy. Experience suggests otherwise.

In fact, economic liberalization is far from a surefire route to democracy. Nothing better illustrates this than the world's largest and oldest autocracy, China, where the Chinese Communist Party maintains its monopoly on power, even as pro-market reforms have enabled its economy to surge. A key beneficiary of this process has been the Chinese military.

The belief that capitalism automatically brings democracy implies an ideological connection between the two. But the dominance of the CCP -- which currently boasts 88 million members, more than Germany's total population -- is no longer rooted in ideology. The party, represented by a cloistered oligarchy, endures by employing a variety of instruments -- coercive, organizational and remunerative -- to preclude the emergence of organized opposition.

A 2013 party circular known as "Document No. 9" listed seven threats to the CCP's leadership that President Xi Jinping intends to eliminate. These include espousal of "Western constitutional democracy," promotion of "universal values" of human rights, encouragement of "civil society," "nihilist" criticisms of the party's past and endorsement of "Western news values."

Democracy and communism are, it seems, mutually exclusive. But capitalism and communism clearly are not -- and that could be very dangerous.

In short, communism is now focused less on what it is -- that is, its ideology -- and more on what it is not. Its representatives are committed, above all, to holding on to political power -- an effort that the economic prosperity brought by capitalism supports, by helping to stave off popular demands for change.

The story is similar in Vietnam and Laos. Both began decentralizing economic control and encouraging private enterprise in the late 1980s, and are now among Asia's fastest-growing economies. Vietnam is even a member of the incipient 12-country Trans-Pacific Partnership. But the one-party state remains entrenched, and continues to engage in considerable political repression.

Beyond providing sufficient material gains to keep the population satisfied, capitalism strengthens a communist-ruled state's capacity to increase internal repression and control information. One example is the notorious "Great Firewall of China," a government operation that screens and blocks Internet content, creating a realm of politically sanitized information for citizens. China is the only major country in the world whose official internal security budget is larger than its official national defense budget.

In the face of China's current economic turmoil, control of information has become more important than ever. In order to forestall potential challenges, China's leadership has increasingly muzzled the press, limiting, in particular, reporting or commentary that could adversely affect stock prices or the currency. Xi has asked journalists to pledge "absolute loyalty" to the CCP, and closely follow its leadership in "thought, politics, and action." A state-run newspaper, warning that "the legitimacy of the party might decline," argued that the "nation's media outlets are essential to political stability."

The marriage of capitalism and communism, spearheaded by China, has spawned a new political model that represents the first direct challenge to liberal democracy since fascism.

Clearly, where communists call the shots, the development of a free market for goods and services does not necessarily lead to the emergence of a marketplace of ideas. Even Nepal, a communist-dominated country that holds elections, has been unable to translate economic liberalization into a credible democratic transition. Instead, the country's politics remain in a state of flux, with political and constitutional crises undermining its reputation as a Shangri-La and threatening to turn it into a failed state.

Democracy and communism are, it seems, mutually exclusive. But capitalism and communism clearly are not -- and that could be very dangerous.

In fact, the marriage of capitalism and communism, spearheaded by China, has spawned a new political model that represents the first direct challenge to liberal democracy since fascism: authoritarian capitalism. With its spectacular rise to become a leading global power in little more than a single generation, China has convinced autocratic regimes everywhere that authoritarian capitalism -- or, as Chinese leaders call it, "socialism with Chinese characteristics" -- is the fastest and smoothest route to prosperity and stability, far superior to messy electoral politics. This may help to explain why the spread of democracy worldwide has lately stalled.

Obama's impending Cuba visit should be welcomed as a sign of the end of America's inapt policy of isolation -- a development that could open the way to lifting the 55-year-old trade embargo against the country. But it would be a serious mistake to assume that Cuba's economic opening, advanced by the Obama-initiated rapprochement, will necessarily usher in a new political era in Cuba. 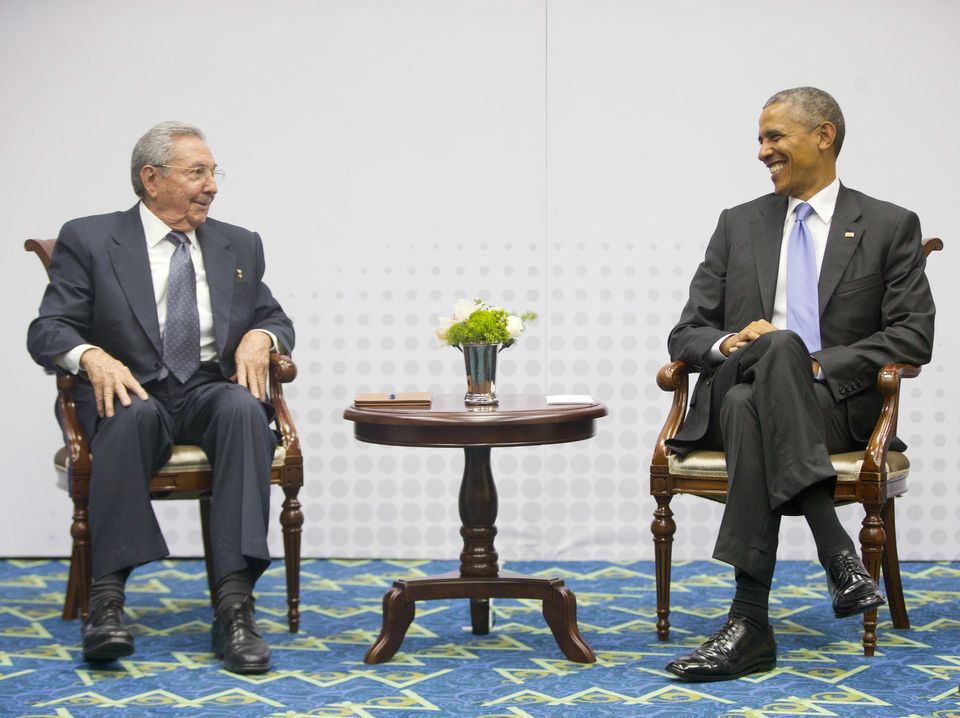