WASHINGTON, May 20 (Reuters) - The House of Representatives has voted to lift a ban on sledding on the U.S. Capitol grounds, freeing the area for one of Washington's winter delights, the District of Columbia's congresswoman said.

The legislation passed by the House of Representative urges the U.S. Capitol Police not to enforce the law, which has prohibited sledding for security reasons since the Sept. 11, 2001, attacks on the United States.

"Today the commonsense non-enforcement of the sledding ban on Capitol Hill, the way it has been for many years, is assured," Congresswoman Eleanor Holmes Norton said in a statement late on Tuesday.

The provision is not yet scheduled for a vote in the U.S. Senate.

In February, Norton made the request to U.S. Capitol Police following news reports that officers, citing security issues, shooed away would-be sledders after a snowfall in the U.S. capital. Norton called the ban "Scrooge-like."

Dozens of people staged a "sled-in" on Capitol Hill in March during a late-winter snowstorm, ignoring the police ban. (Reporting by John Clarke; Editing by Sandra Maler) 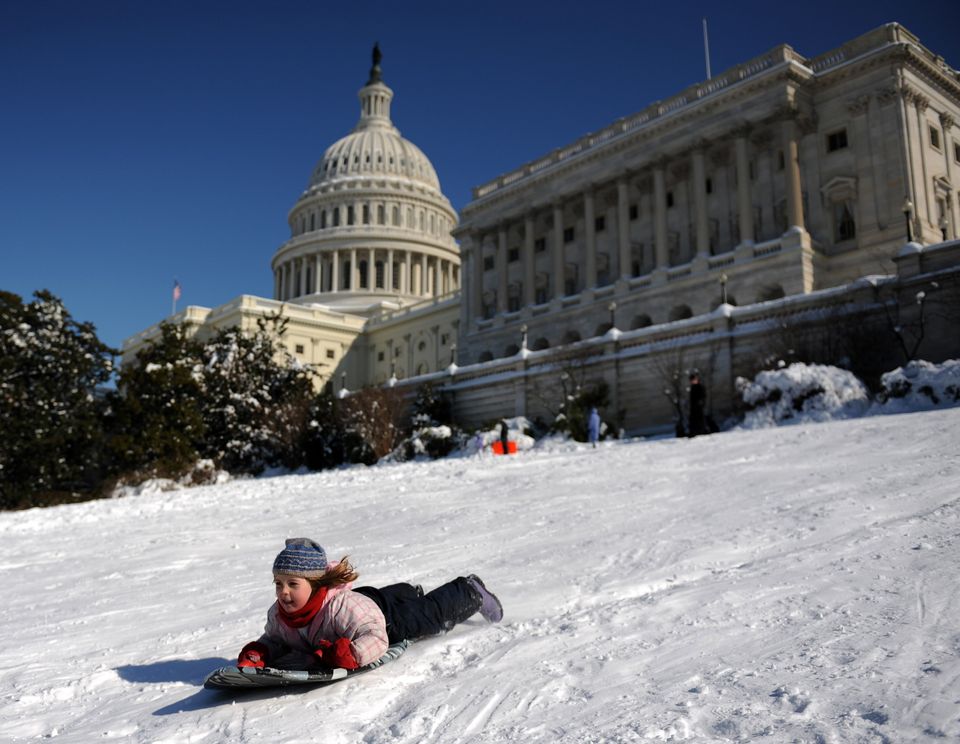 1 / 8
Capitol Hill
Capitol Hill may not be the steepest sledding hill in the District but it's definitely the most scenic.
TIM SLOAN/AFP/Getty Images