It's the summer of the superhero, and a week after Ryan Reynolds' "Green Lantern" got its shot at world saving, box office glory, it's time for Chris Evans' "Captain America" to start strutting his stuff.

And thanks to some super serum, there's a lot of stuff there.

Evans stars as classic Marvel Comics hero Steve Rogers, a meek but eager soldier who enlists in the US Army during World War II and finds himself the subject of an experiment in a*s kicking awesomeness. Injected with some super soldier serum, he turns into a one man Nazi fighting machine, whipping his iconic shield and firing guns even bigger than his arms.

Also note: while CGI made Evans small, it was hard work that made him big.

But while his Rogers' character is wildly brave, it took some courage for Evans to agree to play the role.

"I said no a bunch, and every time I said no, I woke up the next morning so happy and content," he recently told GQ. "I kept saying no; they kept coming back. And eventually I was like, 'You know what? This is your biggest fear — this is exactly what you have to do.'"

Check out the new trailer for the film below, and below that, some amazing stills, including the new one sheet poster. 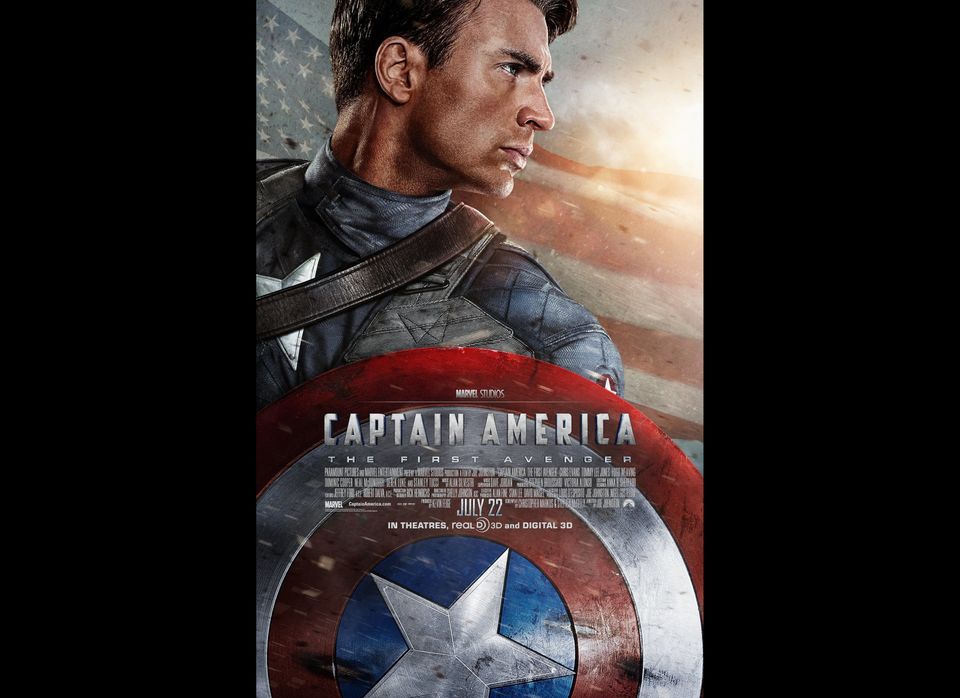