There are more captive tigers in the United States, living in private homes and on display in traveling zoos and roadside menageries, than there are in the wild worldwide.

Yet, thanks to legal loopholes, lax regulation and limited oversight, very little is officially known about these animals. Conservation groups estimate that the captive tiger population in the U.S. numbers between 5,000 and 10,000, but the exact figure remains unknown. There are about 3,200 wild tigers globally.

It’s also unclear who owns these tigers, and what happens to the animals when they die, according to Leigh Henry, senior policy advisor for wildlife conservation at the World Wildlife Fund.

“Nobody really knows … because there is just a hodgepodge of state rules on tiger breeding,” Henry told TakePart.com.

Conservationists have long expressed concern that a lack of transparency could potentially lead to endangering practices or illegal behavior. Specifically, there’s a fear that domestic tigers may be fueling illegal trafficking of the animals and their parts.

This week, the U.S. government is finally addressing these anxieties, as two federal agencies vowed on Tuesday to provide more government oversight of tigers stateside.

The U.S. Fish and Wildlife Service announced that it would close a legal loophole that exempted so-called “generic” tigers from regulation; while the Department of Agriculture said zoos would no longer be able to allow members of the public to feed or pet baby tigers.

All tigers are protected under the Endangered Species Act. But previously, only the trade of purebred tigers, like Bengals and Siberians, was monitored and regulated, The Washington Post reports. “Generic tigers” with mixed bloodlines had escaped federal oversight -- even though these animals are believed to account for almost all the captive tigers kept by private owners in the U.S.

State laws vary greatly when it comes to tiger breeding and ownership.

Keeping a tiger as a pet is legal in 23 states. “Nearly all states have exemptions that include allowing captive tigers for breeding facilities, roadside zoos, circuses, sanctuaries, educational purposes and scientific research,” according to TakePart.com.

Five states, including Nevada and Alabama, reportedly have “no rules whatsoever about keeping tiger pets.”

(Click here to see a larger version of this map.)

“When you don’t know who owns them, where they are selling them, and what happens to these tigers when they die, there is no way to ensure that these tigers aren’t ending up in the illegal wildlife trade,” Henry told TakePart.com.

To address this concern, the U.S. Fish and Wildlife Service says that owners of captive “generic” tigers will now be required to register all varieties of tiger sold across state lines. The owners, explains conservation non-profit TRAFFIC, must prove that the transaction will benefit tiger conservation before a permit will be issued.

“Removing the loophole that enabled some tigers to be sold for purposes that do not benefit tigers in the wild will strengthen protections for these magnificent creatures and help reduce the trade in tigers that is so detrimental to wild populations,” Fish and Wildlife Service director Dan Ashe said in a statement.

Conservation groups also celebrated the U.S. Department of Agriculture's pledge that zoos would now be barred from allowing members of the public to handle “neonatal” tigers and other big cats.

There are about 75 operations nationwide that allow people to handle big cats and their cubs (as well as primates, bears and other animals), according to The Humane Society of the United States.

Earlier investigations into some of these facilities reveal “inhumane treatment of tiger cubs exploited for photographic opportunities, indiscriminate breeding of tigers, rampant trade in cubs for public handling and dumping of the cubs once they were no longer profitable,” the organization said.

But though animal welfare groups have celebrated Tuesday's two announcements, they warn that these new rules are merely the first step to protecting America's captive tigers.

The U.S. Fish and Wildlife decision will still not require tiger owners and breeders to register their animals if they’re not trading across state lines.

Organizations like Born Free and the Humane Society have also stressed the need for a full ban on the petting of wild animals, rather than one limited to just babies.

The WWF called on the United States to take further action and intervene more.

"The U.S. must continue to improve its regulation of the estimated 5,000 tigers within its borders and work with other countries with large captive tiger populations, most notably China, to map a way forward so that these animals aren't a threat to the conservation of tigers in the wild," it said in a statement.

“The U.S. and China recently stepped up with joint commitments to end the trade of elephant ivory. This collaboration should serve as a model for protecting other threatened wildlife, and with only a few thousand left in the wild, tigers should be among the highest priorities.”

PHOTO GALLERY
The Animals of Chernobyl

The U.S. Has More Tigers In Captivity Than There Are In The Wild, But Regulation Has Been Shockingly Poor
The Animals of Chernobyl 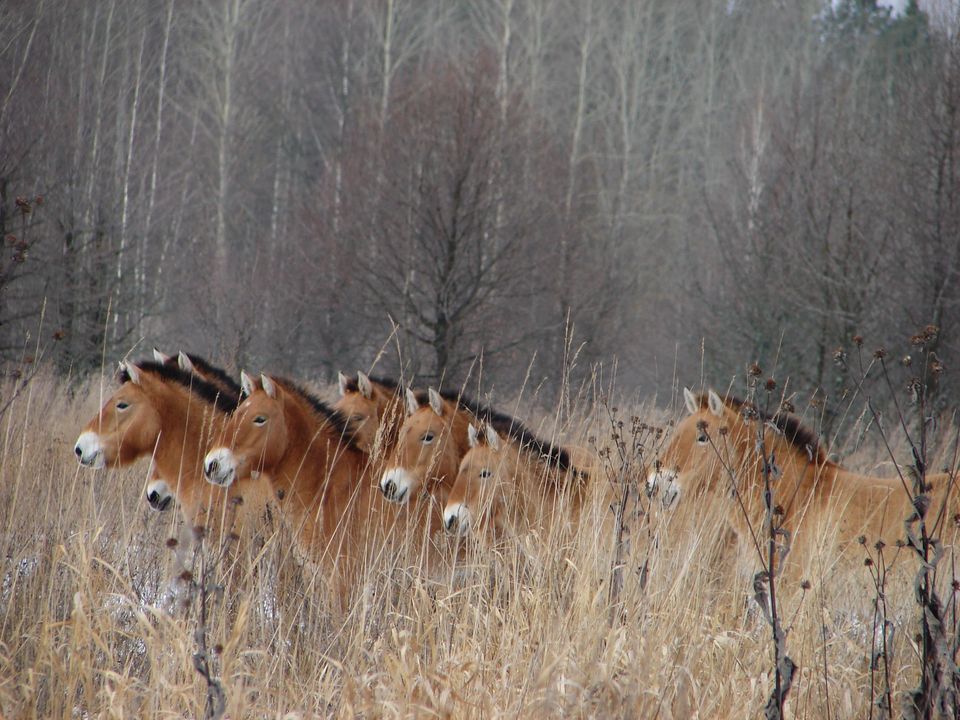