John F. Kennedy continues to reign as the most popular president of the twentieth century, according to recent Gallup polls. (Richard Nixon and George W. Bush remain the most unpopular). Most historians agree that Abraham Lincoln was the most important man to ever occupy the White House because he abolished slavery and kept the states united through a bloody civil war. Yet for most Americans, Kennedy, whose presidential accomplishments were slight, continues to glisten like a shamrock after a spring rain.

For those alive in 1963 this month casts a shadow of sadness as we recall where we were on November 22 when we heard about the president's assassination. We remember the weekend binge of television coverage -- the stalwart widow in her black veil, the riderless horse, the little boy's salute to his father's coffin and the eternal flame, which draws over 500,000 visitors a year to Arlington National Cemetery. 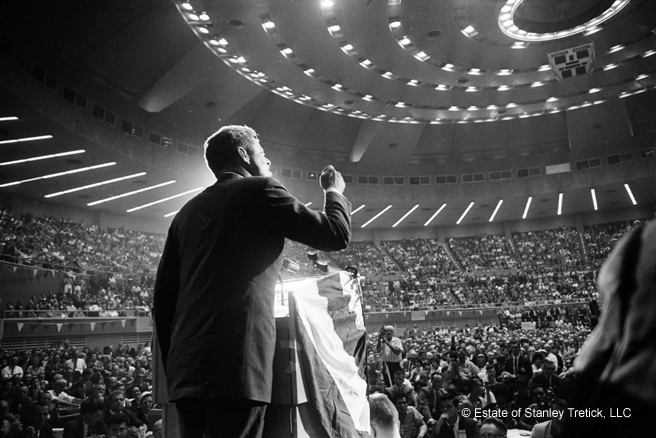 Beginning last year we mark the 50th anniversary of the Kennedy administration -- the thousand days which J.F.K. defined as the New Frontier, a time when he said the torch was passed to a new generation. We were told to ask not what our country could do for us but what we could do for our country, and he showed us how by establishing the Peace Corps so Americans could do something positive and lasting. Since 1961 more than 210,000 volunteers have served in 139 countries.

Yet it is for something far less tangible that John F. Kennedy continues to be revered. Elected fifteen years after the end of WWII, he captured the spirit of those times. He radiated the excitement of change and the optimism of expectation. He broke the barriers of religious bigotry by becoming the first Catholic to be elected president, thereby making us believe that anything was possible, even sending a man to the moon and back within a decade. He moved further than his predecessors on civil rights by declaring that equality under the law was a moral issue "as old as the Scriptures and as clear as 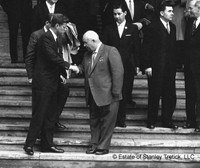 the Constitution." He believed in horizons without limits. "No problem of human destiny is beyond human beings," he said, speaking about the Nuclear Test Ban Treaty which was signed in August 1963.

John F. Kennedy brought style and charisma to the White House and a first family that captivated the country: a handsome, witty president, an elegant first lady, and two adorable young children.

While his image was later tarnished by revelations of marital infidelity and reckless behavior, polls show that he still holds the public in thrall. Herbert Parmet, one of his many biographers, claimed he was nothing but glamour and gloss, and dismissed him as an "interim president who had promised but not performed." Yet there is no way to diminish the nation's nostalgia for this man who was felled in his prime, and became an enduring legend. No other president has left a larger footprint on his country than John F. Kennedy, who to date is honored by 149 institutions which carry his name -- schools, hospitals, clinics, avenues, boulevards, concert halls, arts centers and an international airport, proving perhaps that promise is as inspiring as performance.