California has sunshine, beaches and ... capybaras?

On July 22, Nick Kamp, a wastewater operator, reported spotting a capybara at the Paso Robles Wastewater Treatment Plant in California. According to MSNBC, he took photos of the animal, and described, "It had the body of a pig, but it had a longer nose and head to it." He said that the animal seemed calm, and swam with its head above and below the water.

According to the Los Angeles Times, Department of Fish and Game spokesman Andrew Hughan said that the capybara isn't dangerous, “just weird looking."

The Telegraph reports that Todd Tognazzini, a lieutenant with the Department, believes the capybara is an escaped pet, although the animal cannot legally be kept without a special permit.

Native to South America, capybaras are the largest rodents in the world, and can grow to be as large as a big dog.

The National Zoo's website writes that capybaras are grazing herbivores, and can weigh over 100 pounds. The animal is semi-aquatic, and can stay underwater for up to five minutes. Although their population is generally considered stable, their numbers have been reduced in some areas by hunting.

Although they are the largest rodent in the world, capybaras can actually be quite cute. Check out this video of a capybara enjoying some steam in Japan while his friends relax in the nearby spa.

Two years ago, a capybara was spotted at a ranch near to the treatment plant, and the ranch owner shot at the animal. It seems much better that this time, Kamp shot only photos.

Check out this slideshow of capybaras from around the world, and scroll down for an MSNBC video report on the California capybara: 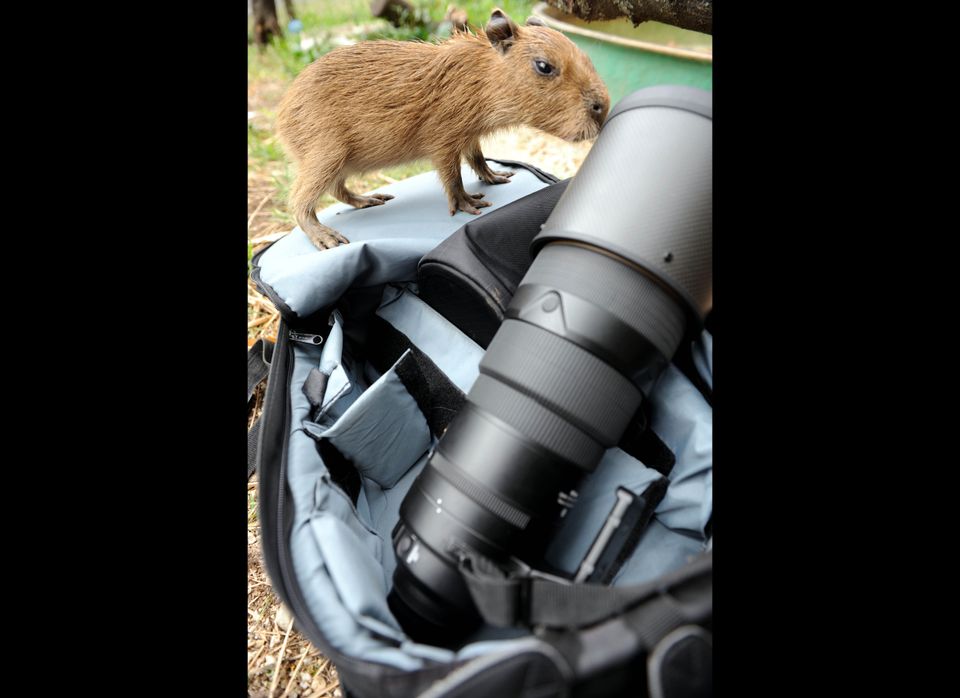