Car insurance is something of an opaque industry. We know we have to pay the bill every month; we just have no clue how the carrier arrived at that rate. Everyone criticizes the cable company for hidden fees, but at least they're on the bill. The hidden fees on your car insurance bill remain hidden -- a dollar amount is spit out and you're expected to pay, no questions asked.

So here are six things the auto insurance carriers don't want you to know.

1) It helps if you're a woman. Our data has shown that women pay on average 12% less than men do; that means over the course of their driving lifetime men pay an extra $15,000 on auto insurance. The reasons are simple: men drive more aggressively and therefore come calling with claims more often than do females.

2) Education matters. You don't have to read Shakespeare. You don't have to understand the practical applications of calculus. Even going to Harvard doesn't necessarily help. What is important is the level of education achieved. Some folks believe this to be a discriminatory practice -- i.e. those with lower education levels pay more for insurance -- but it has withstood challenges in the courts. The more degrees the better; it's incremental: the person with only a high school education pays slightly more than the same person with a bachelors who pays slightly more than the person with a masters, and so forth.

3) Your credit score is often the single biggest factor in your quote. Like them or seriously dislike them, credit scores are relied upon by carriers to predict your level of financial responsibility in the future. A checkered credit history raises red flags for insurers who fear that you might not be able to cover your bills down the line. Some have labeled the practice discriminatory -- i.e. those often with less money paying more for insurance -- but it has held up in the courts, with the exception of California, where it is illegal to use credit score as a factor when arriving at a quote.

4) The carriers are just hoping to break even on your premium payments. Like any financial institution, insurance companies look to create capital from existing capital. In other words, they take your money and invest it in the hopes of making more money. The big challenge, however, is to attract your business in the first place, and we know that consumers are most concerned about a single issue: price. So the carriers have to price their policies within an extremely competitive marketplace, while still protecting their interests by not pricing too low and thereby losing money after you make a claim or claims. For this reason, the actuaries just hope to break even -- figuring the amount of money you pay each month with the amount their data shows you're likely to request in payouts -- and then make their profits in interest.

5) Location is big. While you're haggling over a few dollars for your new masters degree, that amount is peanuts compared to the amount you could save by living somewhere else. For example, if you live in Louisiana, the state with the highest premiums in the country, and you're considering a move to North Carolina, you'll save on average $1500 a year. A move from Washington D.C. across the river to Virginia will save you an average of $50 a dollars month.

6) You're most expensive to insurance if you're young, and old. The youngest drivers pay the most for insurance; premiums are highest at the age of 18 and decline steadily until the driver turns 25. In the eyes of carriers, drivers then enter "adulthood," in which premiums stay pretty flat for the next 30 years or so until the age 55. Premiums inch up slowly between 55-65 before jumping way up around the age of 75.

This information should give a decent amount of background regarding how carriers arrive at insurance quotes for consumers. And while they don't exactly hide these things from you, they aren't exactly forthcoming with the information, either. The best shoppers are armed with knowledge.

This article originally appeared on Credit.com. Josh Anish is the VP of Communications at CoverHound. 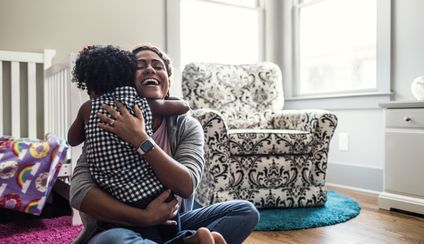