A Michigan car repair shop owner said he will refuse to serve openly gay customers -- and, yes, that is legal.

Brian Klawiter is the owner of Dieseltec in Grandville, Michigan. On Tuesday, he took to Facebook to announce in a verbose post that he has no problem refusing to serve gay customers on the basis of religious freedom. (Guns, however, are allowed and customers who bring in their firearms are eligible for a discount.)

"I am a Christian," he wrote, in part. "My company will be run in a way that reflects that. Dishonesty, thievery, immoral behavior, etc. will not be welcomed at MY place of business. (I would not hesitate to refuse service to an openly gay person or persons. Homosexuality is wrong, period. If you want to argue this fact with me then I will put your vehicle together with all bolts and no nuts and you can see how that works.)"

He also defended himself while speaking with WOOD TV, a local NBC affiliate.

“If you have a vehicle that needs to be repaired, we’d be happy to do that for you," he said. "But if you want to come in here with your boyfriend and you want to openly display that, that’s just not going to be tolerated here. We don’t believe that here.”

Zack Ford of ThinkProgress noted that if Klawiter decided to deny service to a gay person, he would likely face no legal repercussions because neither Michigan nor the city of Grandville have nondiscrimination laws protecting LGBT people in place. Michigan's nondiscrimination law, the Elliott-Larsen Civil Rights Act of 1976, does not list sexual orientation or gender identity under its protection, according to LGBT rights advocacy group Equality Michigan. Thus, it is legal to deny LGBT people housing or service in stores and restaurants.

"Klawiter's post is emblematic of too many businesses in this state where LGBTQ people's lives are constantly at risk for simply being who they are," Yvonne Siferd, director of victim services at Equality Michigan, said in a statement sent to The Huffington Post. "This is why we call for our representatives in Lansing to step up and modernize ELCRA to include sexual orientation, and gender identity and expression. Klawiter's statement goes beyond the denial of service to LGBTQ people and our allies, and includes a threat to our lives. That is contrary to our common values as Americans."

Grandville Mayor Steve Maas has said he is open to exploring nondiscrimination legislation that would protect LGBT individuals if that is what the citizens of his town want, according to WOOD TV.

A GoFundMe page was set up to raise money for Dieseltec, but it was eventually removed. 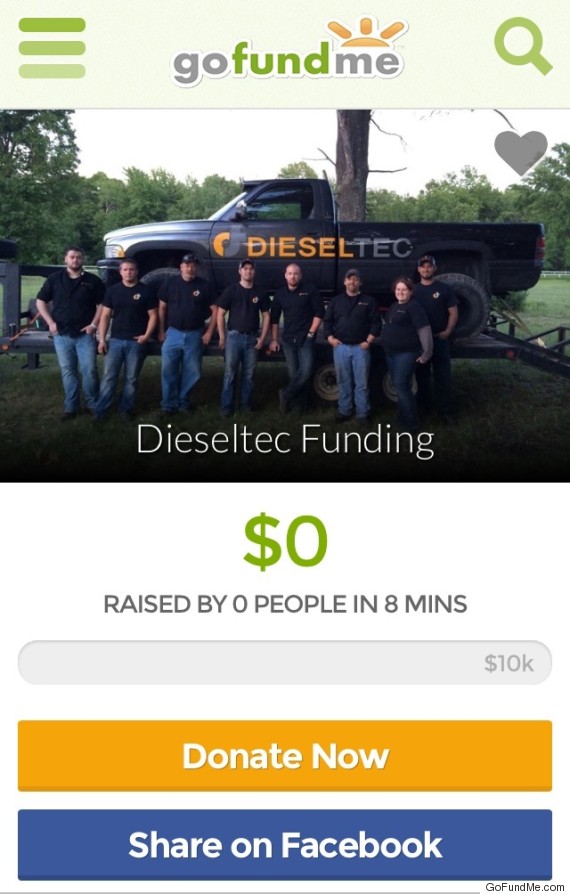 The fund was similar to a GoFundMe account in support of Indiana's Memories Pizza, whose owners said they would not serve their pizza at a same-sex wedding because of their Christian beliefs. This right was defended under the state's Religious Freedom Restoration Act. More than $800,000 was raised for the establishment and the owners dubbed the windfall a blessing from God.