In 2004, Lindsey Wolko adopted a British cocker spaniel, Maggie, that loved to roam the inside of her car during drives -- an unnerving habit that sent Wolko in search of a harness to protect the formerly abused pup.

A few months later, with Maggie belted into the harness, Wolko had to slam on her brakes. Maggie went flying, crashing into the back of the front seat.

“Because of the design, her legs were hogtied and thrown forward,” Wolko told The Huffington Post. “Luckily she wasn’t hurt or paralyzed, but it took her a while to heal.”

Maggie suffered a strained spine and strained hips. She was on painkillers and confinement for weeks.

To make matters worse, Wolko had to pay all of the vet bills out of her own pocket. The harness manufacturer was not accountable for any of Maggie’s injuries.

Wolko, shocked, learned that pet restraints aren't regulated by any government agency and manufacturers' claims of safety weren't put to the test by any outside organization.

So she founded the nonprofit watchdog Center for Pet Safety, which has since conducted crash tests showing most pet restraints -- even those claiming to be crash-tested -- don't work in sudden maneuvers.

To demonstrate the problem, the Center for Pet Safety performed a crash test in 2011 on four popular brands of pet restraints, using crash test dummy dogs.

“We had a 100 percent failure rate, and a lot of those products are still on the market,” Wolko said.

The results stirred enough of a ruckus for Subaru to catch wind. Because more than half of Subaru owners have pets, the carmaker agreed to sponsor additional crash tests for Center For Pet Safety.

Of 29 pet restraints tested since the alliance, 25 failed. You can see some of the tests in the video below. Be forewarned that some of the clips may be unsettling to animal lovers.

“Pet products, unbeknownst to most pet owners, are not considered consumer products,” Wolko said. According to Wolko, this is because the U.S. Consumer Product Safety Commission, which regulates most consumer goods, defines pet products as beyond its authority.

The CPSC didn't respond to The Huffington Post's requests for comment. An agency spokesman told Today.com: “Based on our mandate from Congress, CPSC does not have jurisdictions over these products.”

In an attempt to change CPSC’s definition of consumer products, Wolko urges people who have been personally affected by pet products to file a consumer report on her nonprofit’s website.

She cited the story of a woman, her children and dog playing with a chew toy. The dog bit off the tip of the toy. Inside, they discovered a needle that could have injured not only her dog, but her children.

Meanwhile, Wolko has a strong piece of advice for people looking to keep their pets safe in a car: Never buy a product that has an extension tether or zip line that attaches to your pet’s walking harness or collar. Not only do they give your animal free range of your car, causing driving distractions, but the devices allow your pet to be launched inside the car during certain maneuvers, Wolko said.

“Your pet could be ejected from the vehicle and still be attached to the seat,” she said.

Most Pet Car Safety Products Can Endanger Your Dog, Cat And You
Lessons Kids Learn From Pets 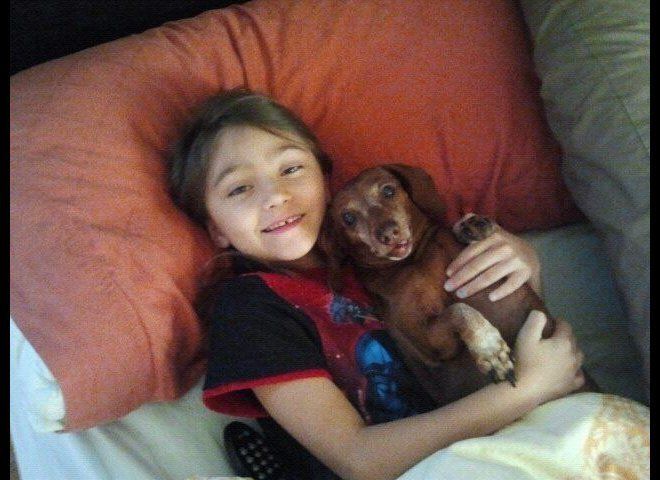 1 / 23
Unconditional Love
This might seem cliché, but pet owners know it's not. Pets love you as much when you're sad or tired as they do when you're having a great day. And the style of love we learn from pets -- warm, generous, active, loyal -- is eminently transferable.
Facebook