Cara Delevingne may be one of the most public young stars in Hollywood right now -- not only is she photographed all the time, she's also appearing in the much anticipated "Suicide Squad" and "Paper Towns" films -- and despite the heavy tabloid speculations about her love life, she's never provided any confirmation.

In a recent interview with Vogue magazine, the model-turned-actress decided to open up. In the profile, which is featured inside the July 2015 issue, the 22-year-old cover star (who was photographed by Patrick Demarchelier) discusses everything from growing up with depression and anxiety to being in love with musician St. Vincent, aka Annie Clark. At the time of the interview, the Brit was seriously involved with the singer. 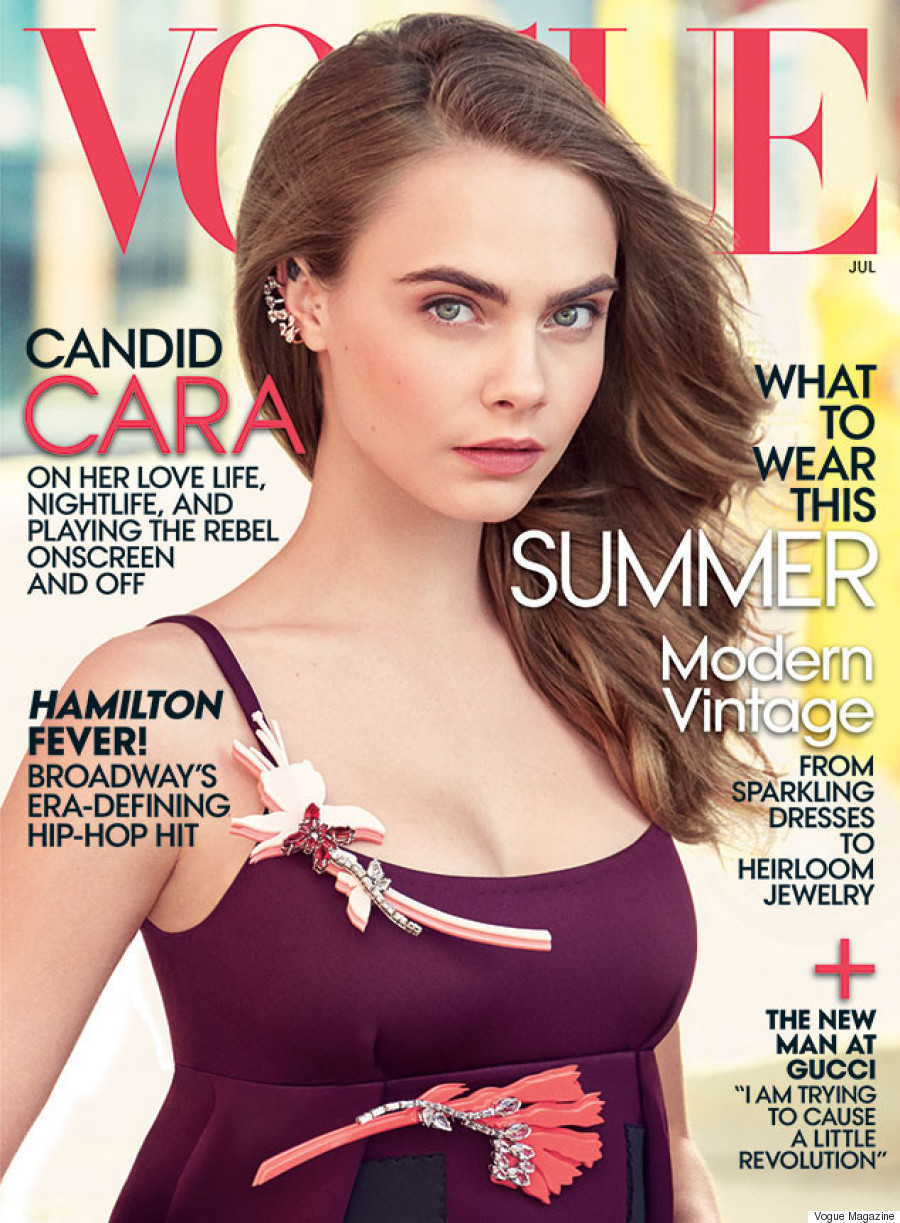 "I think that being in love with my girlfriend is a big part of why I’m feeling so happy with who I am these days," she explained. "And for those words to come out of my mouth is actually a miracle."

Delevingne admitted to the magazine that she "felt confused by her sexuality as a child" and the fact that she might be gay scared her.

She did admit she's terrified by relationships, with men or women.

"Women are what completely inspire me, and they have also been my downfall. I have only been hurt by women, my mother first of all." she said. "The thing is, if I ever found a guy I could fall in love with, I’d want to marry him and have his children. And that scares me to death because I think I’m a whole bunch of crazy, and I always worry that a guy will walk away once he really, truly knows me."

Read more of Cara's interview with Vogue online, or pick up a copy when it hits newsstands on June 23.