Author and YouTuber, John Green, widely known for his New York Times bestselling novel, The Fault in Our Stars, publicly released the movie trailer for his book, Paper Towns, this past Thursday. Paper Towns, directed by Jake Schreier, is about a teenage boy, Quentin, played by Nat Wolff, who is in search for his longtime high school crush, Margo, who is played by Cara Delevingne.

So, let's talk about Cara Delevingne here. Immediately following the release of the Paper Towns trailer, it went viral -- and so did the opinions about it. I opened my Twitter app only to see a myriad of people straying away from the actual concept of the trailer's plot only to talk about Cara's "bad" American accent. Is there really such a thing or are people looking for any excuse to criticize here? I believe that there is NO such thing as having a bad American accent. Cara is used to speaking in her native tongue, a British accent. There are such things as bad British accents, yes, because it's obvious to tell when someone isn't a British native, but a bad American accent? What is that?

There are so many different ranges of how people talk, let alone so many different kinds of people in the United States that for America to claim to have one particular accent is ludicrous. Anything that doesn't sound British, Australian, Indian, Canadian, Sweden, etc. is pretty much considered an American accent today. Depending on what part of any country you grew up in, you're going to sound a tad different. For example, in America, we have our Brooklyn, Southern, Californian, Wisconsin, etc. accents. To really capture an honest American accent, all you have to do is sound average, and needless to say, far from fancy. Maybe that's why people were criticizing? Margo's character was also said to be portrayed as much more dull in the trailer than in the actual book, but we have to think about people who haven't read the book when we talk about filmmaking.

Cara is the perfect actress to play Margo because not only is her American accent dull and average, but it's perfect for a character you're not supposed to really figure out at all. That's the whole point. You hear in the trailer Quentin saying, "Margo always loved mysteries. Maybe she loved them so much, she became one." There's no such thing as a bad American accent, cynics, but there is such a thing as brilliant acting. Cara's accent is what really makes this film all the more climactic and exciting. For people who haven't read the book and watch the movie, they'll be left wondering what happens next, or boggle their brain trying to figure out Margo, when, thanks to Cara's acting, is hard to decipher.

So to the people out there who were criticizing, you must try to see that there is a reason behind everything, and this one was that anyone but Cara could have been casted, but Cara is the only one to really give Margo the meaning her character deserves. I'm not saying Cara is a dull person at all, but her ability to act like someone who knows how to play her cards with a straight poker face is a valuable concept of acting that, for any actress to ever accomplish, especially for Cara so early in her acting career, is something to be praised endlessly for.

I'm stoked to see how Paper Towns plays out for Cara when the movie is released this coming July. It's not her first time acting, as she has starred in 2012's Anna Karenina, and will be making future appearances in Pan and Tulip Fever. However, Margo will be Cara's first major starring role debut.

PHOTO GALLERY
The Many Faces Of Cara Delevingne
Download
Calling all HuffPost superfans!
Sign up for membership to become a founding member and help shape HuffPost's next chapter
Join HuffPost 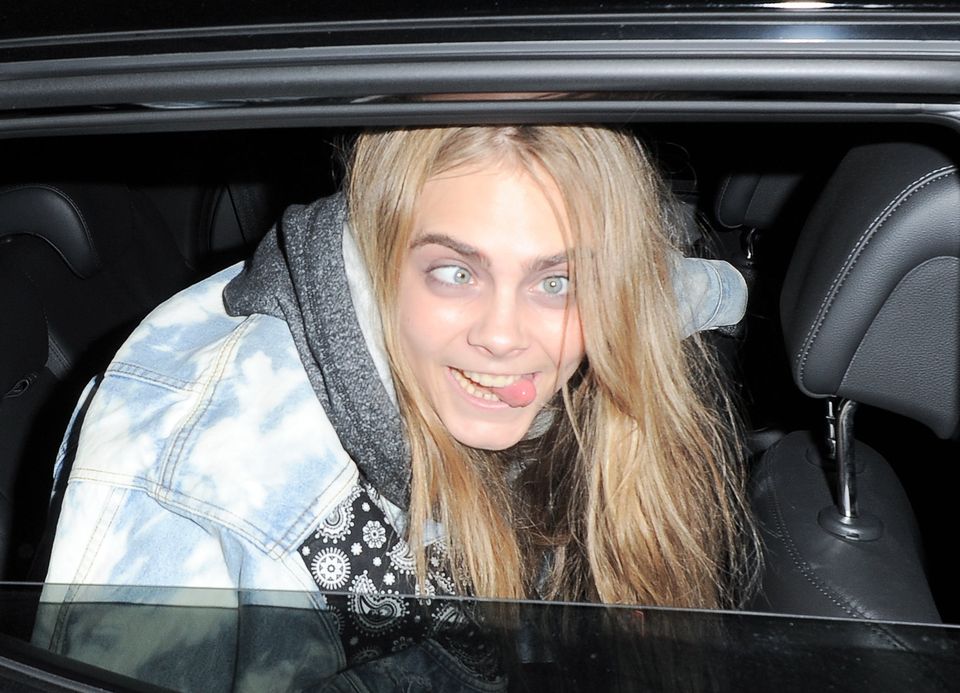